A WOMAN has shared the ‘creepy’ message she received from a bloke who wanted to rent her spare room.

TikTok user Brianna Lahoud shared the email she received from the anonymous house-hunter with her followers. 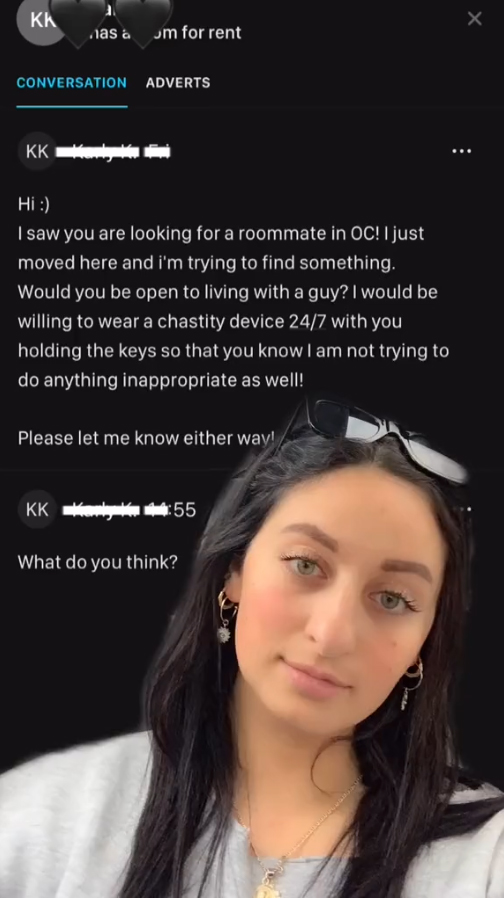 Writing in the email, he says: “Hi! I saw you were looking for a roommate in OC! I just moved here and I’m trying to find something.”

He goes on to ask whether she would be willing to live with a man, which seems like a perfectly reasonable question, before he embellishes.

He continues: “I would be willing to wear a chastity device 24/7 with you holding the keys so you know I’m not trying to do anything inappropriate as well!

“Please let me know either way!” 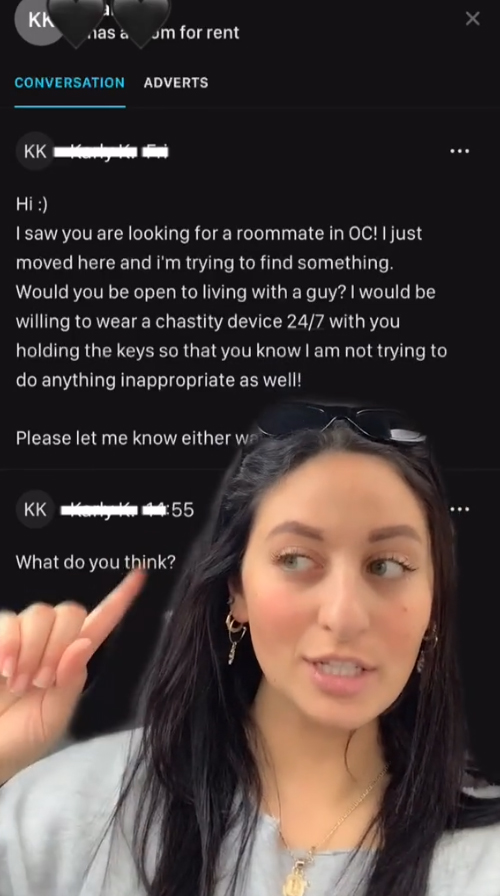 Unsurprisingly Brianna decided not to reply to the man, even after he followed up to ask her “what do you think?”

Her video has since received almost 10,000 likes and hundred of comments from equally baffled viewers.

In other news, this woman slammed the 'creepy' bloke who accidentally text her.

And this woman was stunned after she texted a builder to ask why he walked out halfway through a job and received a very creepy reply.

Plus these are the most awkward texts ever prove why a call is best… from one bloke’s brutal booze fail to a cringy romance revelation.