A baby giraffe was born at Disney’s Animal Kingdom, and it’s already more than 6 feet tall 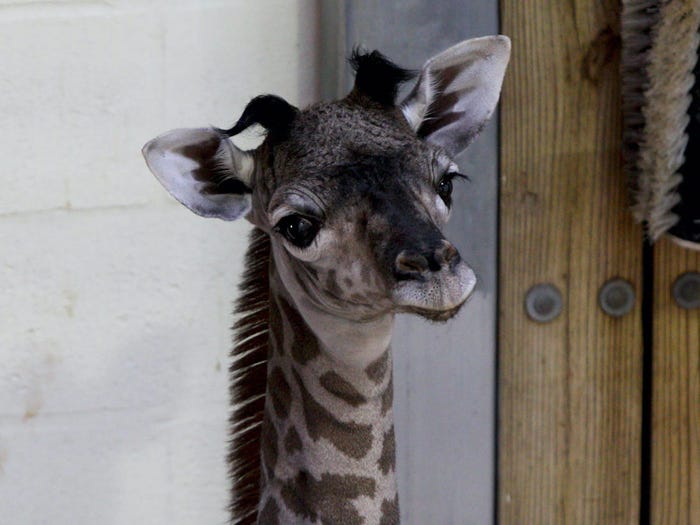 Disney's Animal Kingdom welcomed a new furry friend to its ranks this week.

On Tuesday, Masai the giraffe was born at Animal Kingdom, which is home to more than 5,000 animals.

According to the Disney Parks Blog, Masai weighs 156 pounds and is just over 6 feet tall.

Masai reportedly already has a close bond with her mom, Mara, as you can see in video footage of the duo provided by Disney.

Masai and her mom will stay backstage at Animal Kingdom until Masai meets her growth milestones, but she will join the savanna herd at the park in a few weeks.

Masai was born through Animal Kingdom's Species Survival Plan, which aims to safely breed endangered species. Mara and Masai's dad George were part of the program.

You can also meet Masai's grandma Kenya on the first episode of the National Geographic show "Magic of Disney's Animal Kingdom," which gives viewers a behind-the-scenes look at the park and the thousands of animals living there.

You can stream the "Magic of Disney's Animal Kingdom" on Disney+.