Charles Dickens’ iconic novella has been adapted so many times in various forms for stage and screen since its publication in 1843. And now for the third year running, A Christmas Carol has returned to London’s Old Vic. Penned by Harry Potter and the Cursed Child’s Jack Thorne, this time Ebenezer Scrooge is played impressively by Peep Show’s Paterson Joseph.

A Christmas Carol begins as soon as you enter the Old Vic’s auditorium.

A Victorian woman was handing out mince pies and satsumas, while men and women in top hats and long black coats – very similar to the wizard and witches from Jack Thorne’s Harry Potter and the Cursed Child – played cellos, violins and carols on bells to get you into the Christmas spirit.

A minimalist set that leaves much to the imagination, hanging from the ceiling was an eclectic mix of flickering lanterns on chains – doubling for the swinging pendulums of a clock ticking Scrooge’s life away.

According to theatre designer Rob Howell: “The essence of the story is that it’s about a man who’s trapped, who has no light in his life.” 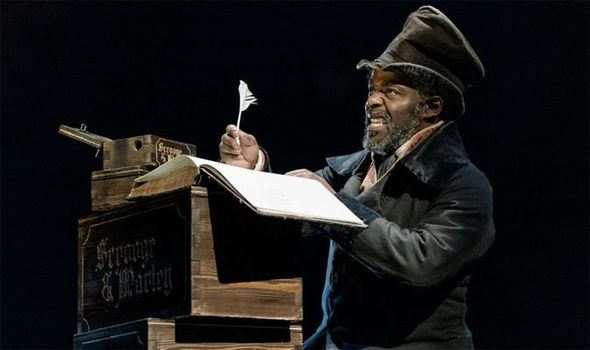 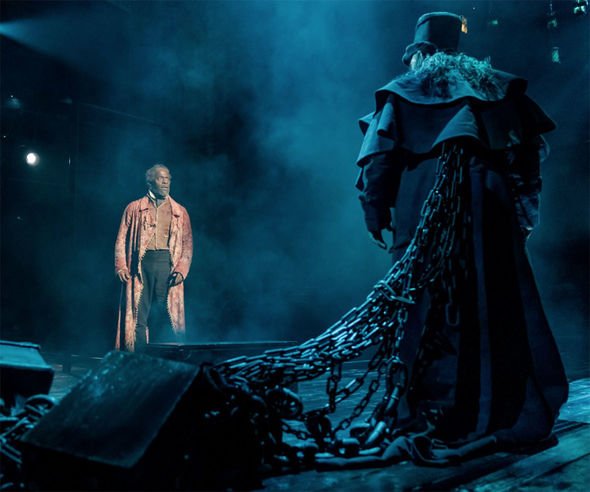 Howell continued: “And then the ghost brings him light, he accepts it, and he’s freed. So the lanterns generate light, but they also act as a cage.

“Those were the two motifs for me – Scrooge is trapped in his room, in a cage, until the light becomes a spiritual force.”

A beautifully composed sight, the lanterns really did add to the gloomy, yet hopeful, atmosphere as Joseph’s Scrooge entered the scene using an array of boxes from inside the stage floor to make up his moneylender’s desk.

The star portrayed the miser expertly, spitting out his lines and conveying an iron stubbornness ahead of the joyful redemption to come. 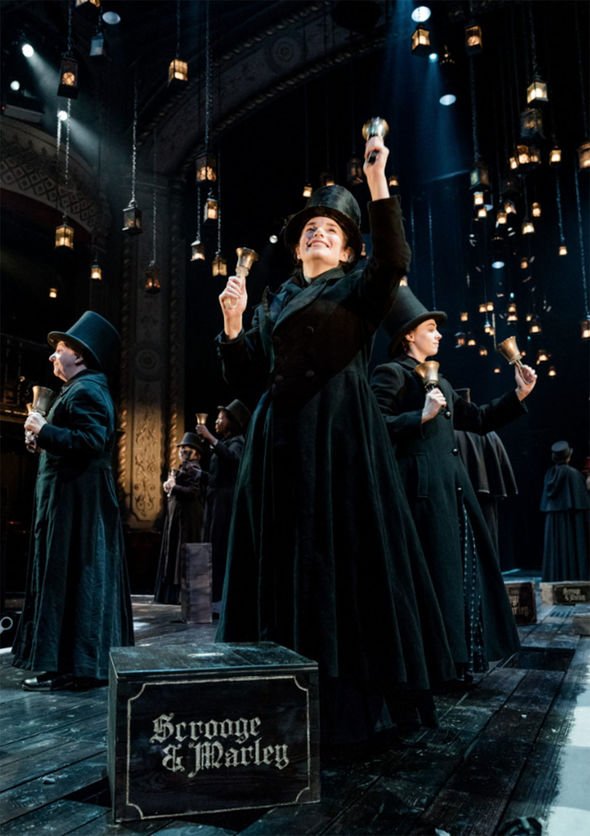 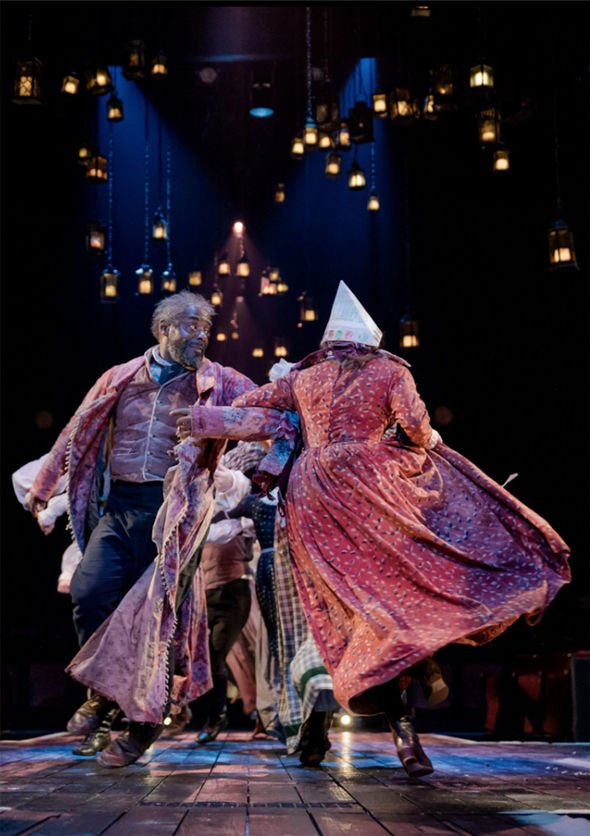 Another highlight of the staging and costumes was Jacob Marley’s ghost, who staggered onto the stage with the rusty chains he “forged in life” stretching out behind him endlessly before they pull him back to the spiritual realm at quite the pace.

Sadly, this character design isn’t quite replicated by the three ghosts of Christmas past, present and future.

While it’s fine to experiment with a different take on Dickens’ trio of spirits, they lack a diversity of character; with all three being women with prams rather than displaying contrasting personalities linked to the period of time they represent.

And while extra scenes and characters are added to beef up the story for what was quite a short play, the production does dip slightly in the middle – but Joseph does manage to keep the energy and magic alive before a truly memorable finale.

Upon waking on Christmas Day, a changed man with a heart for others, Joseph’s Scrooge is full of infectious seasonal joy.

And it’s at this point that once again there’s more of a connection with the audience and some fourth wall breaking; all giving off a warm, community feel.

Different ingredients to a Christmas Day meal are shimmied down to the stage from above via white sheets, while Scrooge himself narrowly ducks as an oversized turkey zip lines down one end of the theatre to the other.

And in the spirit of the show, as one more carol is sung by a choir of bells in a twinkly finale, Joseph revealed that this merry production of A Christmas Carol will see money raised through bucket collections on the way out of Coram Beanstalk, which provides one-to-one reading support for children.

There’s something eternally relevant about A Christmas Carol, a story that is replicated time and time again.

On the social justice side, Dr Pete Orford, who teaches Charles Dickens Studies at the University of Birmingham writes: “The message of A Christmas Carol then is not just to act, but to act now, while we can. Dickens implores us to look at those around us who need help and give it gladly, for its own reward.”

While on the reason for the season side, it seems audiences just can’t escape these glorious stories of redemption – and why would they want to? The tale is a touching transformation from self-centredness and greed to an authentic self-giving joy – just what we need this time of year and always. As A Christmas Carol ends, Scrooge says: “I will honour Christmas in my heart, and try to keep it all the year.”