Home » Lifestyle » ‘A fight for a knife in the mud’: what Succession’s power pairings tell us

‘A fight for a knife in the mud’: what Succession’s power pairings tell us

For fans of media, politics and powerful (and powerfully messed-up) families, there’s a big red circle around October 18. That’s the date season three of Succession finally drops (one episode a week).

It’s been two years since season two finished. When we last saw the tortured and torturing souls of the Roy family they’d just finished a round of front-stabbing at the boardroom table on the family’s mega-yacht; brutal it may have been, but it was marginally better than the backstabbing they normally go in for.

It had to be someone in the inner-inner circle, Logan told his son. “And,” he added with the air of a man truly saddened at his lack of choice in the matter, “the shareholders won’t accept me.”

Kendall stoically accepted his fate, but wanted to know if he’d ever been in line to inherit the company. “You’re smart, you’re good, but I just don’t know,” Logan said. “You’re not a killer. You have to be a killer.”

So off went Kendall to face the press. “The truth is my father is a malignant presence, a bully and a liar,” he told a stunned room. “He was fully, personally aware of these events for many years and made efforts to hide and cover up.”

As Shiv (Sarah Snook) and Roman (Kieran Culkin) looked on in disbelief at this massive act of bastardry, a glimmer of a smile played across Logan’s face. Maybe the boy is a killer after all. So where to in season three?

The trailer makes it clear that if Kendall wants the throne he’ll have to fight for it. “This life is not for everyone,” Logan says in a voiceover. “It’s a number on a piece of paper. It’s a fight for a knife in the mud.”

This week, HBO released a series of posters on social media, each featuring a pair of key characters. Given the show is all about alliances and power plays, could these be clues to what lies ahead?

Kendall and Logan seem an obvious enough pairing: the old bull and the young stag, about to duke it out for Alpha male status. Logan’s look says “I’m going nowhere”. Kendall’s says “Dad? Dad? Did I do good with that vicious surprise attack in front of the whole world? Did I, Dad, did I?” 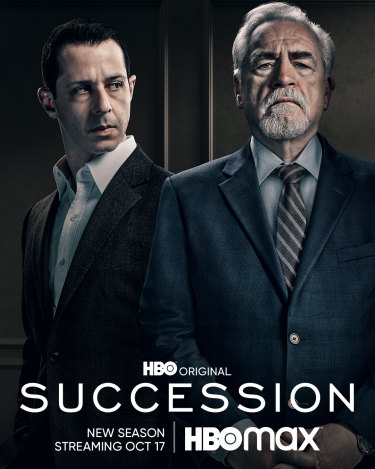 Shiv and her seemingly witless half-brother Connor (Alan Ruck) are such an unlikely pairing. She’s intelligent, astute, but troubled by the occasional debilitating bout of ethics; he’s the opposite on all fronts. But if Shiv accepts that the patriarchy demands she can only ever be the power behind the throne, an alliance is just about conceivable. 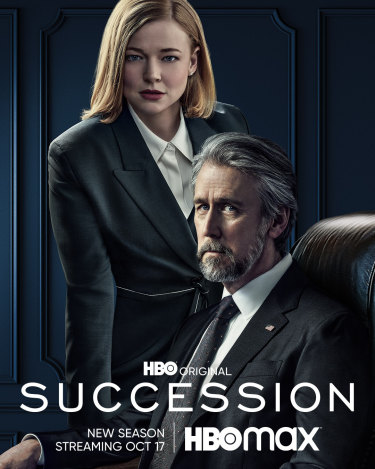 Sure, her liberal political leanings are at odds with Connor’s let’s-abolish-tax-altogether libertarian lunacy, but she’s a spin doctor by training and has put her skills at the service of empty vessels before, so why not? And if they don’t land Waystar, they could always get serious about Connor’s presidential ambitions. He wouldn’t be the first rich-kid buffoon in the White House, after all.

The way she’s in the background here suggests she might have made a deal with this dimwitted devil. But the way she’s leaning over him, and the fact you can’t see her hands, suggests she’s the one pulling the strings far from prying eyes.

The pairing of Tom (Matthew Macfadyen) and cousin Greg – sorry, Gregory (Nicholas Braun) – makes perfect narrative sense. Shiv’s cuckolded husband is a perennial patsy in the company (albeit a very well-paid patsy), but he’s been Greg’s mentor (and tormentor) since the beginning.

But Greg has the sort of cunning and think-on-your-feet adaptability blueblood Tom could only dream of, and the image is perfect, hinting that Tom has realised Greg is now more threat than protege. Is Tom planning to massage Greg’s shoulders here, or trying to pin him down? I’m going for the latter. 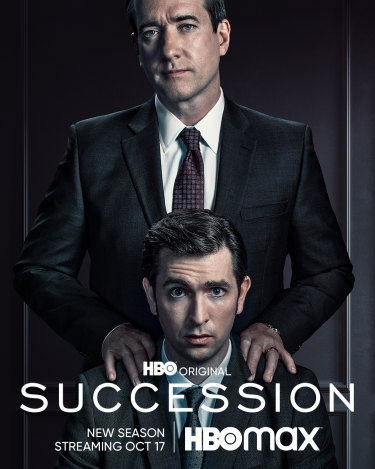 For what it’s worth, I’ve always thought Greg was the most likely heir to the throne. He’s family, but not immediate. He’s from an impoverished background, which makes him hungry. He’s ethically, er, “flexible” and politically astute. And while he looks naive and bumbling, he’s actually a quick learner. If it’s a killer Logan wants, this baby-faced assassin could be just the man-child for the job.

Finally, there’s Gerri (J. Smith-Cameron), Logan’s general counsel and the closest thing to an independent voice he can and will (occasionally) trust, and Logan’s younger son Roman (Kieran Culkin). 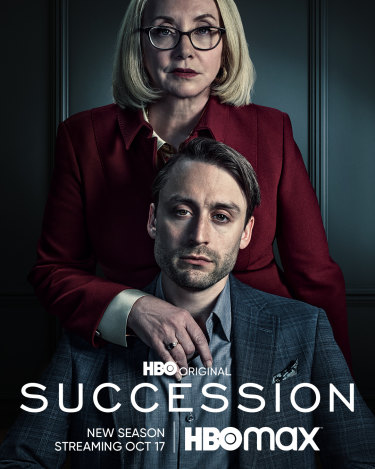 Oh, how I want to see these two take a mad, impulsive, instantly doomed tilt at power. They’d get nowhere, but it would be such fun to see them try.

Truth be told, I have no idea what’s coming. I’m happy to take a stab, but really, when it comes to shafting, I’m no match for the Roys.