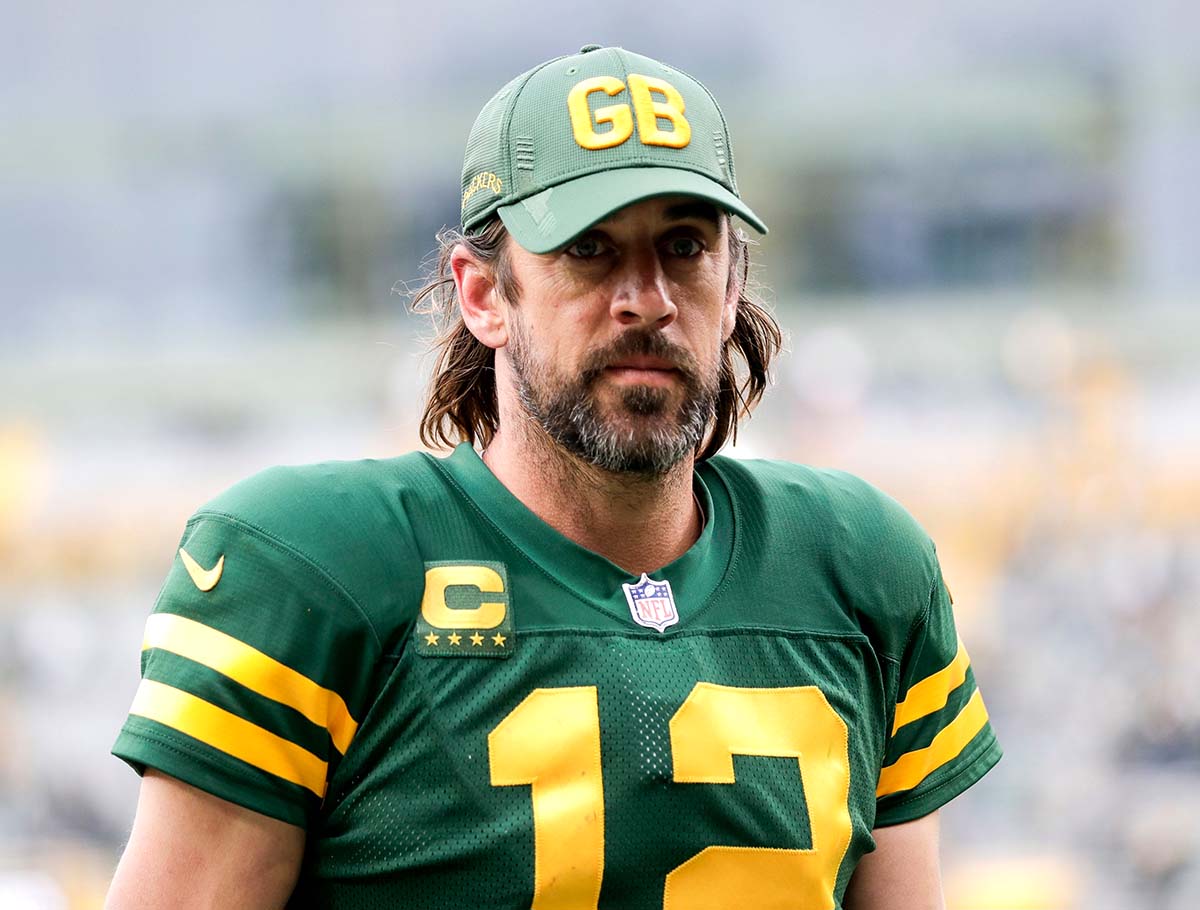 Aaron Rodgers and the Green Bay Packers will be investigated by the NFL amid concerns that they may have broken COVID-19 protocols.

News broke on Wednesday, November 3, that the 37-year-old quarterback tested positive for COVID-19, with multiple outlets reporting that Rodgers is considered unvaccinated by league standards.

“The primary responsibility for enforcement of the COVID-19 protocols within club facilities rests with each club,” a spokesperson for the NFL said in a statement on Wednesday. “Failure to properly enforce the protocols has resulted in discipline being assessed against individual clubs in the past. The league is aware of the current situation in Green Bay and will be reviewing the matter with the Packers.”

In accordance with the NFL’s COVID-19 protocols for unvaccinated players, Rodgers will miss his Sunday, November 7, game against the Kansas City Chiefs.

The California native will not be eligible to return to the sport until Saturday, November 13, per the league’s rules for unvaccinated athletes. He must remain quarantined for 10 days and as long as he remains asymptomatic, he will be cleared after missing only one start.

The reigning NFL MVP previously spoke about his vaccination status in August, saying he was “immunized,” but not explicitly saying the he’s vaccinated.

Stars Who’ve Spoken Out About Getting the COVID-19 Vaccine

Rodgers, who announced his engagement to Shailene Woodley in February, had an alternative treatment prior to starting the 2021 season, according to ESPN. The athlete reportedly petitioned the NFL to have the treatment allow him to be considered the same as someone who was fully vaccinated, but he was denied.

The former Jeopardy! guest host has since been considered an unvaccinated player in the league and therefore has been required to receive daily tests for the virus.

Rodgers has yet to publicly comment on the news but could face a fine for refusing to adhere to the proper guidelines if the NFL finds he was not acting within the correct COVID-19 protocols. A repeat violator would be fined up to one week’s salary or face suspension for up to four games, USA Today Sports reported.