The ABC has hastily withdrawn two promos for its upcoming travel show Griff's Great Kiwi Adventure in the wake of the volcanic eruption on White Island (also known as Whakaari). It is also believed to be considering a re-edit of an episode in which the seismically active island features. 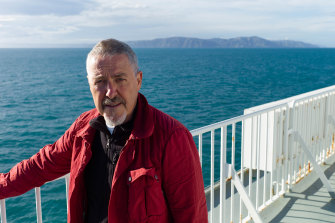 The Australian production company behind the show, Essential Media, has confirmed it is "actively considering re-editing the sequence" out of respect to all those affected by the tragedy.

"Griff was respectful, he wasn't yukking it up, but there's a gag or two in the sequence," said executive producer David Alrich. "In the circumstances, broadcasting that might not be appropriate."

Mr Alrich said the footage was shot in March or April of this year, at which time the island "was rumbling" and visitors were urged to "be wary", though it was deemed safe to visit.

The episode, which is due to air on ABC TV on December 23, has already screened on Prime TV in New Zealand. However, Mr Alrich said it has been removed from the broadcaster's catch-up service until further notice.