Acapulcos Camila Perez: There Isnt Anything Romantic Going On Between Julia & Maximo

‘Acapulco’ is Apple TV+’s most charming new series. HL spoke EXCLUSIVELY with Camila Perez about what’s going on with Julia and Maximo, Julia’s relationship with Chad, and Julia’s future fate.

Apple TV+ is checking into the Las Colinas with their new comedy Acapulco. When Máximo goes to work at the hottest resort, he winds up crossing paths with the beautiful Julia. Four episodes in, Julia and Máximo have already forged a close bond.

HollywoodLife spoke EXCLUSIVELY with Camila Perez about the dynamic between Máximo and Julia. She believes there’s nothing “romantic” going on at the moment between them and defends Julia’s relationship with Chad. The actress also revealed she was left “sobbing” when she found out what happened to Julia in the future. Read our Q&A below. 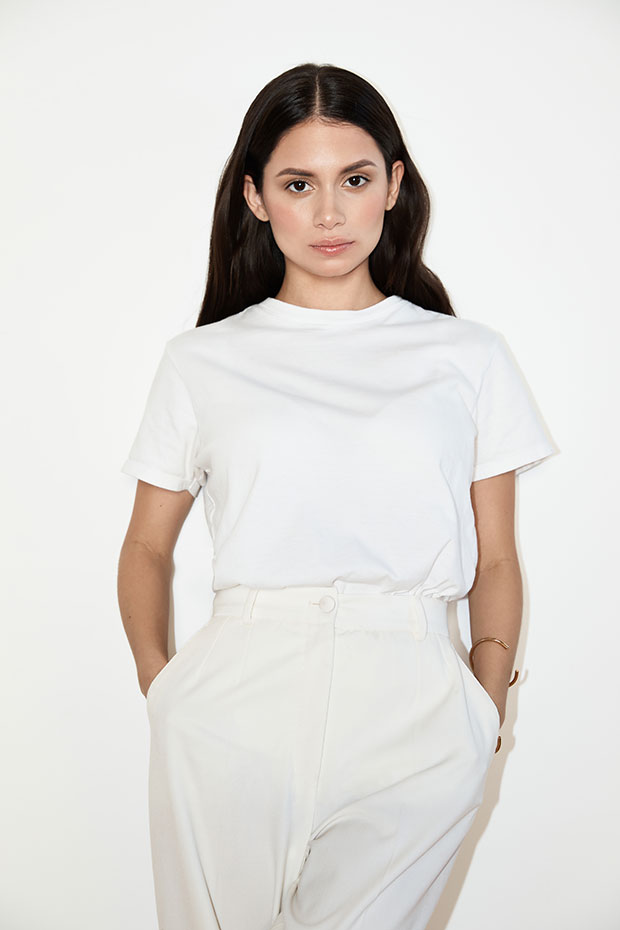 At the end of episode 1, I was kind of shocked that Julia was in a relationship with Chad. What do you think she sees in Chad? He seems kind of like a bro.
Camila Perez: Throughout the season, you’re going to get to learn more about him and our relationship. He’s a very sweet guy. He’s very kind. He has good intentions. He’s just a little naive and that may come off as a little more difficult or just different compared to Maximo. But Chad adores Julia. He will do anything for her, and I think you’re going to see that throughout the season.

With Maximo, there’s clearly a connection. I loved that line he said to her, “They may not want us to be visible but you deserve to be seen.” What can you say about the state of their dynamic going forward?
Camila Perez: I don’t think there’s anything romantic. I think it’s more of he comes from a similar background as Julia, so they’re able to connect a little bit in that. They’re both dreamers, so they’re also able to connect on that. But I think I’m just there to kind of help him. His dream was to work at Las Colinas and he sort of sees that not everything that shines is gold. I think I’m just a light in his life currently, kind of like that person who’s there to support him throughout the whole experience at this resort, but I think they’re just friends. I can’t really say what happens to them, but as of now, she’s just there to be a good friend. 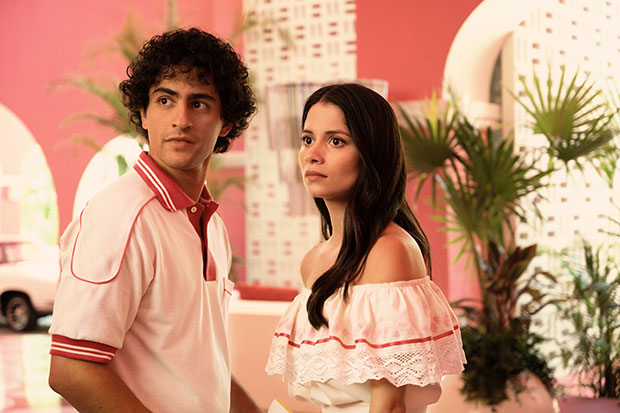 She may see him as just a friend, but I don’t know if he sees her as just a friend.
Camila Perez: I mean, from episode 1, he’s like in that slow-motion scene, “Oh my god, this is an angel.”

I know you can’t say what happens, but what was your reaction when you learned where Julia ends up eventually?
Camila Perez: I’m not going to lie. This is a cliche when they ask actors and they tell you the truth, but I remember they called me into this room to speak to the writers and the showrunner. It was a one-on-one to go through the arc of the show. The only information that I knew was pretty much the pilot, and then obviously episode by episode we were having a table read, but we didn’t know where we were going to end up with everything. When we started getting towards the middle, I started seeing a lot of things with my character. I was like, “I’m a little confused. What’s going on here?” And then they finally told me. I’m not kidding, I started sobbing. I was like, “Holy crap.” It was just very emotional. I just didn’t expect it because usually shows are very predictable, but this is just very like… what the hell is going on? It was just very emotional to find out where she was going to end up.

Chad’s mom runs the hotel. How does she feel about the relationship between Julia and Chad?
Camila Perez: Again, that could be a little bit of a spoiler. You never know what’s going through this lady’s head. She’s this old Hollywood actress, and she moved to Mexico to have a different life. You haven’t learned why she moved to Mexico. That’s another plot twist. It’s actually hilarious, but you don’t really know what’s going on with this lady until the end of the season. I can’t say too much about that.

This show was filmed in Mexico. What was it like being able to bring that type of authenticity to the show?
Camila Perez: I thought it was awesome. I’m not from Mexico. I’m originally from Colombia, so it was definitely being exposed to a different culture, but it was awesome because we lived at that resort. We lived at Las Colinas. Especially because of COVID, we were under a strict bubble with Apple. We couldn’t leave the hotel for 3 months. That was also very interesting because we literally lived where we worked. It also helped our chemistry because we were seeing each other every day. We were together 24/7. Not only the castmates, but the director lived with us, the producers lived on set, the construction workers that built the sets lived with us, so I think everything kind of helped the color of the resort — the pink, the wardrobe, the hair, the makeup, everything was very at ease. Sometimes they have to shoot in different countries because maybe it’s cheaper or maybe for other reasons, but having the opportunity to shoot in Mexico and literally living that culture 1,000 percent helped not only the show but also for us to embody these characters.

You’ve had a variety of different roles over the years. What was it about this character that really stood out to you?
Camila Perez: I think it was the way it was written. I also like the people behind it. They’ve done the best comedies in the States, and also that it was a show about breaking the stereotypes of Latin people. We obviously are the staff of this resort, but you get to see more than that. I think this show’s more about values and how Latin people are also dreamers. I think we’re not really shown in that light. I think in past shows, I’ve been very lucky to work, but it’s the stereotypical characters: the young and pregnant, the girl next door, the sexy, fiery Latina, or the drug addict. With Julia, she’s this very intelligent young girl who wants to be a fashion designer, and you get to see a lot about that. They show more of a human side of how we are because Latin people can also be lawyers or doctors. I feel like this show also shows that we’re just like everybody else. I feel like in a lot of places, people see the staff at the help. They don’t really realize why are they doing this job. They’re also people that maybe didn’t have the financial status to maybe go to school or to afford certain things. They’re just doing this because they have to, but they have dreams and families just like everybody else. They have family just like the CEO of a company. We’re just the same and I feel like the show really shows that backstory of invisible people. When you go to a restaurant, you just see your server serving you, but you don’t know why he’s doing it. Maybe he was a really famous director or writer in his country and now he has to come here and start from scratch. You just don’t know, and you get to see a lot of inside information that maybe people didn’t know.