Home » Lifestyle » Adam Sandler Reveals to Brendan Fraser He Got Him Airheads Role, And The Stunt That 'Collapsed' His Neck

Adam Sandler Reveals to Brendan Fraser He Got Him Airheads Role, And The Stunt That 'Collapsed' His Neck

"You had a good life because of me," Sandler tells Fraser

Brendan Fraser and Adam Sandler are taking a trip down memory lane.

In a wide-ranging discussion for Variety’s “Actors on Actors” series, “The Whale” star and “Hustle” actor reflected on starring in the 1994 comedy “Airheads” together. And according to Sandler, the film’s director Michael Lehmann wasn’t super on board with Fraser joining the cast at first … until Sandler convinced him. 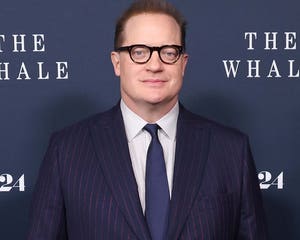 “Brendan, you were in a movie called ‘Airheads.’ Remember when I discovered you? You were just a kid. I stole you from Pauly [Shore] and said, ‘Get over here,'” Sandler, 56, said to Fraser, 54, who replied, “Is that how it shook out? Get out of here.”

“I was like, this guy shouldn’t just be a caveman — he should be in a band,” Sandler continued, adding, “[The director] Michael Lehmann, was very against you. He was like, ‘I don’t get it. I don’t see the caveman being in this movie.’ And I just said, ‘He can do other s—, man.'”

When Fraser asked Sandler if he was “pulling [his] chain,” the latter replied, “I eventually went to [Lehmann’s] house at like 4 in the morning, woke him up, and I said, ‘Just know Adam Sandler ain’t going to be in ‘Airheads’ unless old Fraser is in it.’ So he changed his little tune.”

Fraser said he was unaware of this, noting that Lehmann had flown out to Chicago to meet him, to which Sandler replied, “He’s a filthy liar. He didn’t want you. I did, and the rest is pretty good. You had a good life because of me.”

The “Grown Ups” star said he was “pulling for” “The Mummy” actor, noting that comedian Pauly Shore, who starred in “Encino Man” alongside Fraser, was “against” the actor being in “Airheads.”

Meanwhile, Fraser revealed that he kept a memento from the set of the film, telling Sandler, “I have a cassette at home — an actual cassette — of the demo that we did with Rob Zombie. I found it in a box of crap in my desk.”

The two stars then reflected on shooting the film, with Sandler calling it “one of the best shoots of my life, without a doubt.”

“We would drive to the Fox lot and just get there at around 4:30. Sun’s going down. We’d have our snacks, get into our clothes, do our scenes. And, man, the best party of all time,'” he added, with Fraser noting that “Die Hard” was filmed in the same location.

“We were so excited that they shot ‘Die Hard’ there […] You took it very serious,” Sandler said, to which Fraser added, “I took myself very seriously in those days. … I remember watching you actually improvising while on film, which was a big deal. Lehmann would go, ‘Just go — go.’ And Mitch Dubin shot it: ‘How much you have left in the magazine?’ ‘We got about 90 seconds. OK, Adam, go!’ It was thrilling to watch, because we take that for granted now that things are digital.”

After the two reminisced about working with the late Chris Farley, Sandler recalled getting injured while shooting a stunt for the film.

“We jumped off a parking structure. Crowd surfed,” Fraser said, before Sandler revealed, “the truth” behind the jump. “I don’t know if I told you recently, but we jumped off the thing, landed on a mat maybe 15 feet below us. Not that big of a stunt. I thought for sure I can handle that. I landed in such a stiff way that I heard my neck go [makes a cracking sound], but I didn’t want to say anything because I would be humiliated. You two guys got up laughing, you and Buscemi. I was like, I’m supposed to laugh but –“

“It was awful. I was never a gymnast,” Sandler quipped. “I would go on the trampoline at the Jewish Community Center growing up, saw everyone else do well on it. I had the same thing happen to my neck when I was 9. I’m not good at jumping and landing on my back. I got to stop.” 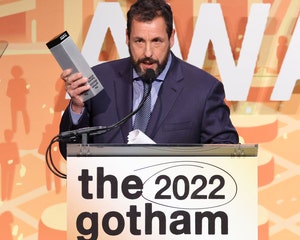 Fraser then cracked, “Take it from me, the guy who smashed into trees for a living.”

Speaking of “George of the Jungle,” Fraser opened up about getting “very jacked” for the 1997 film, with Sandler joking that he “was disappointed by how good [he] looked” in the film.

“You did right by the character. But you did wrong by us, man. You made us feel bad about ourselves,” he said of himself and the “Airheads” cast members.

When Sandler asked if Fraser was “oiled up at all” during shooting the movie, he said, “I was waxed, greased [and] starved of carbohydrates,” even revealing that he was so hungry that he once forgot his ATM code.

“I would drive home after work and stop to get something to eat. I needed some cash one day, and I went to the ATM, and I could not remember my PIN number because my brain was misfiring,” Fraser recalled. “Banging on the thing. I didn’t eat that night.”

Watch the full video — above — to see more from the 30-minute conversation, including Fraser and Sandler discussing their critically-acclaimed performances in “The Whale” and “Hustle,” respectively. 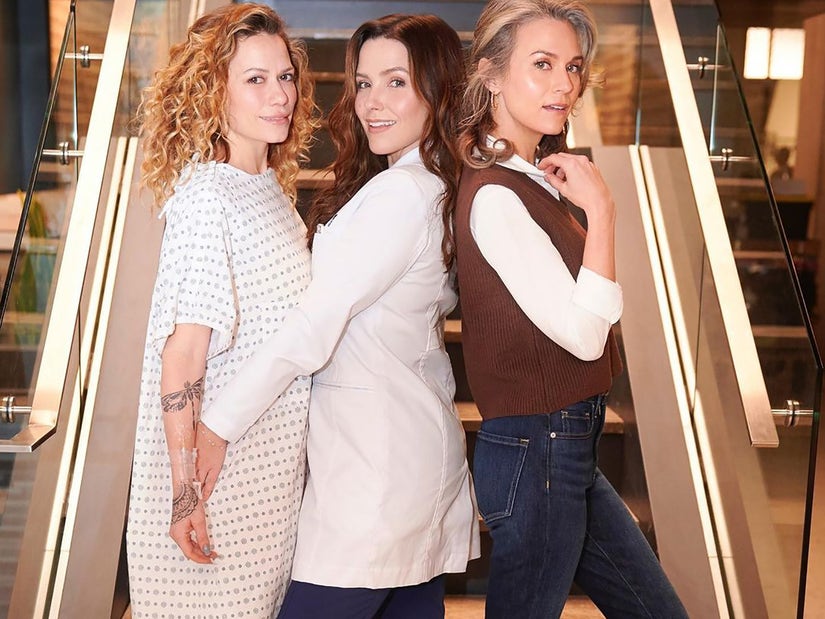