All the details on Teresa Giudices engagement ring from Luis Ruelas

She said yes! Teresa Giudice and Luis Ruelas are engaged

The “Real Housewives of New Jersey” star, 49, is engaged to boyfriend Luis Ruelas, who proposed on Tuesday with a massive engagement ring.

In photos obtained by People, Giudice can be seen flashing her new bling both from the front and the side, surrounded by roses, candles — and, of course, her new fiancé.

“Teresa’s impressive oval-cut diamond appears to be 8 carats, and I’d estimate it’s worth $300,000 depending on the quality of the stone,” Mike Fried, CEO of The Diamond Pro, told Page Six Style.

Ajay Anand, CEO of Rare Carat, thinks the Bravolebrity could have scored even higher. “Teresa is flaunting a BIG oval, we estimate it at 10 carats — and from the pictures it looks extremely high quality in terms of color and clarity,” he told us.

“We’re talking over $1 million. It’s set in a unique pavé cathedral setting with large stones for a chunkier look that we rarely see, making this ring a statement beyond the massive center stone.” 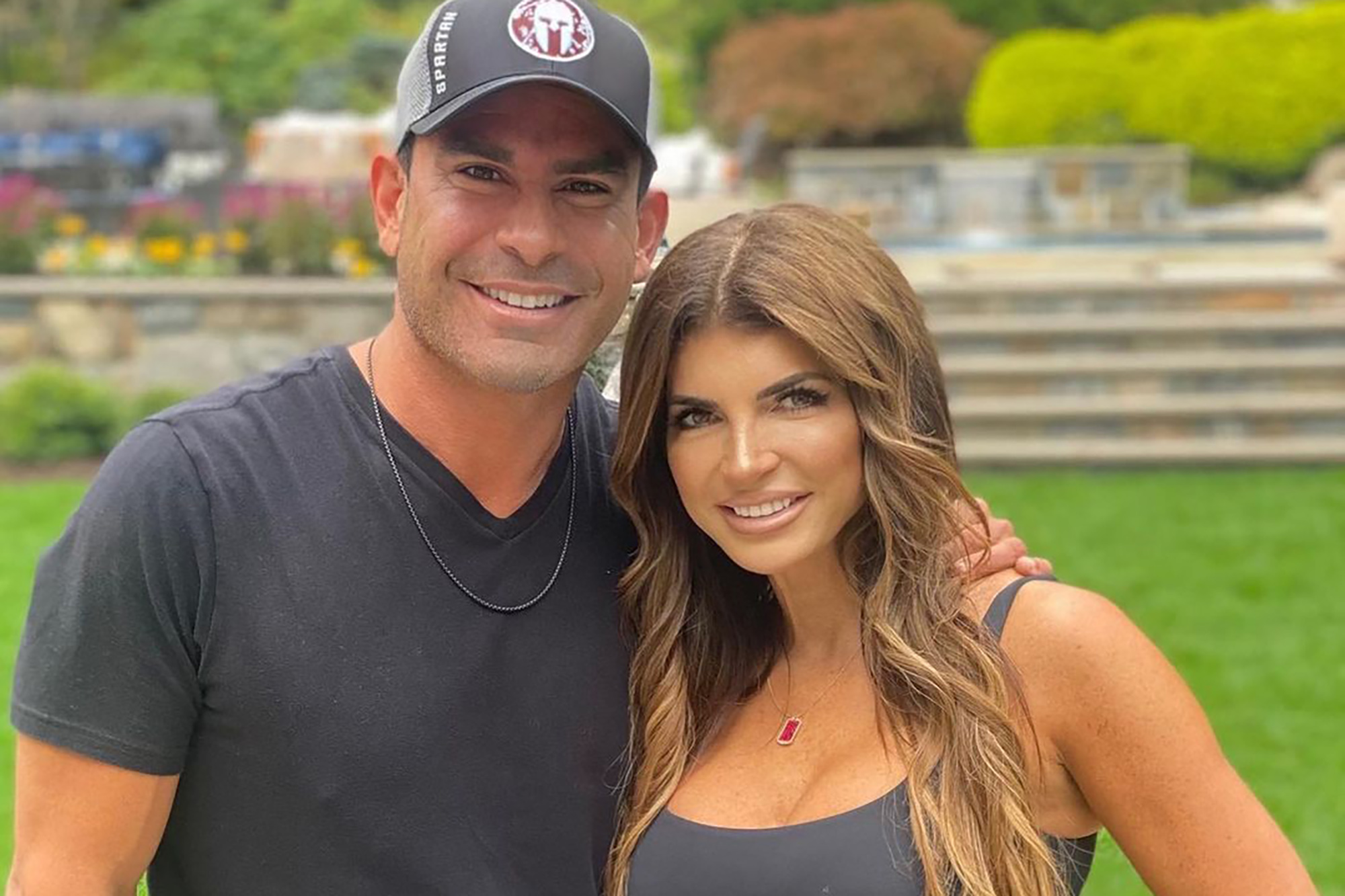 Fried agrees: “With oval-cut diamond engagement rings being incredibly popular this year, the diamonds lining her band in a channel setting help give it modern flair and unique personality,” he added. “A diamond of this carat weight is a sure sign of the couple’s commitment—and sense of style.”

Ruelas popped the question while the couple was on vacation with former “RHONJ” co-star Dina Manzo and her husband, David Cantin.

Earlier this month, Giudice started the process of moving in with Ruelas, unloading boxes of their things into the $3.35 million Montville, New Jersey, home that sits just three properties down from her infamous “French Chateau”-style home featured often on the Bravo show.

The “Housewive” began dating Ruelas in November 2020, two months after her divorce from ex-husband Joe Giudice was finalized. She shares four daughters — Gia, 20, Gabriella, 17, Milania, 15, and Audriana, 12 — with “Juicy Joe,” who moved to the Bahamas after being deported to Italy.

Though their 20-year marriage’s highs and lows were documented on the reality show and in the courts, it appears that everything is copacetic after Ruelas met Joe at his new beach home.

Perhaps Giudice’s ex will tag along on the honeymoon.

All, Details, Giud, on, Teresa, the
World News