Proctor & Gamble brand Always will remove the feminine Venus symbol from its menstruation products in an effort to be more "inclusive" to transgender customers, according to reports.

The move came after LGBTQ activists reminded the company on social media that not all of their customers are women, The Independent reported.

In response, the company said it would remove the symbol from its packaging by December. 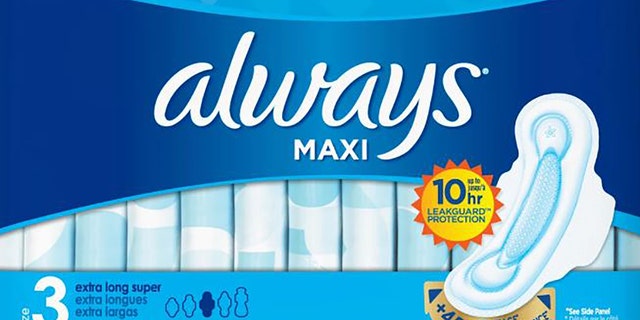 "For over 35 years Always has championed girls and women, and we will continue to do so," the company said in a statement Tuesday, according to The Independent. "We're also committed to diversity & inclusion and are on a continual journey to understand the needs of all of our consumers."

Company officials added that they realize not everyone who needs feminine hygiene products "identif[ies] as female." Proctor & Gamble did not immediately respond to an after-hours email from Fox News.

The decision was lauded by trans activists but faced criticism online.

“Women are quite literally being erased from sanitary products now. Is there anywhere we are allowed to be visible!?” one woman wrote on Twitter, according to The Independent.

"We're quite frankly worried for the women whose sense of self is so fragile that the removal of a symbol from a packet of sanitary towels makes them feel 'erased,'" the group wrote on Twitter.