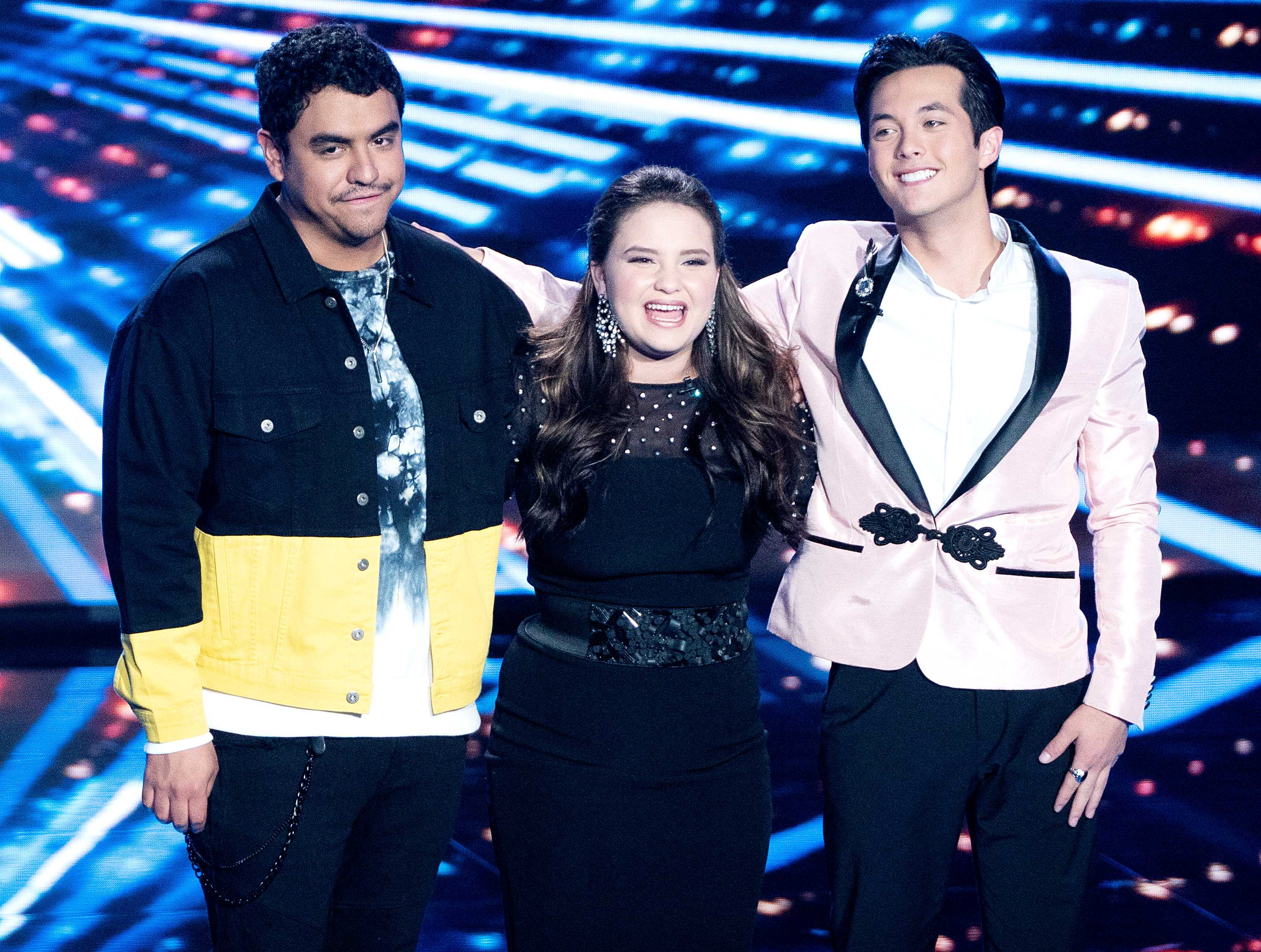 Make way for a new American Idol! The ABC reality series named its season 2 champion during the Sunday, May 19, finale.

Laine Hardy took home the top prize, beating out Alejandro Aranda and Madison VanDenburg. For the first time in its history, the show used a live coast-to-coast voting system to determine the winner.

The episode also saw the return of fan favorites from the season and featured performances from judges Katy Perry, Luke Bryan and Lionel Richie.

The “365” singer, 34, opened up exclusively to Us Weekly in April about one of American Idol’s biggest fans: her fiancé, Orlando Bloom. “Sunday is usually family night for us. … Orlando, myself, my sister, my parents, my brother,” she revealed at the time. “So, it’s like cuddling up with the kids, and we usually watch Idol on Sunday night and have dinner, and we’ll have takeout or what have you. So we went to Crossroads [Kitchen in L.A.] last night and had Impossible Burgers. … There were 20 of us!”

The Pirates of Caribbean star, 42, not only watches the reality show but has also visited the set. “He definitely makes his favorites known,” she told Us. “We all really love Alejandro. I mean, we have a certain type of love for all contestants, but we see kind of that magic thing that you don’t see very often in Alejandro.”

Perry stopped short of asking the contestants to sing at the couple’s wedding. “They [will] have too big of careers, I hope, after this,” she noted.

The Grammy nominee later shared words of encouragement for competitors who did not take home the Idol crown after Jeremiah Lloyd Harmon was eliminated in the May 5 episode. “Historically, if you look at people that didn’t win and how far they’ve come, he’s OK,” she told Us.

Richie, for his part, added: “They’ve all won now.”

Tell Us: What did you think of the American Idol season 2 finale?