Will Smith, Chris Rock to work out slap incident after Oscars 2022

Amy Schumer thinks Will Smith slapping Chris Rock at the 2022 Oscars was a “f–king bummer” and it was all about “toxic masculinity.”

During her first show after hosting the Oscars, Schumer said she didn’t know what to say about the show other than she had no jokes about it.

“I was kind of feeling myself … and then all of a sudden Ali was making his way up,” she said, according to The Hollywood Reporter, referring to his role in the 2001 film in which he played boxer Muhammad Ali.

“And it was just a f–king bummer,” she said Saturday at Las Vegas’ Mirage Theater as part of the Aces of Comedy series. “All I can say is that it was really sad, and I think it says so much about toxic masculinity.”

Schumer — who has praised Rock for handling the situation “like a pro” — told the crowd that the ordeal was “really upsetting.” 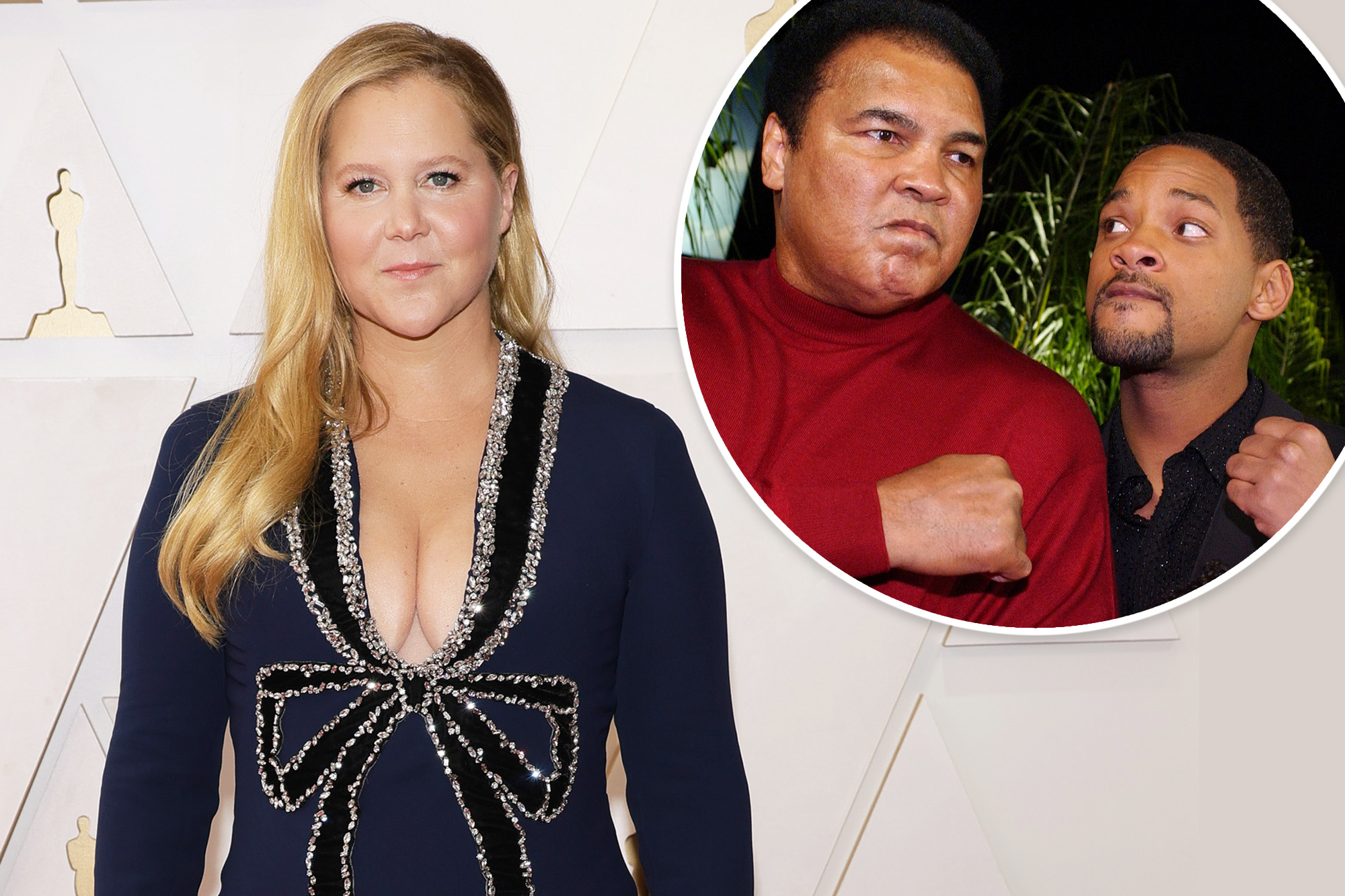 “But I think the best way to comfort ourselves would be for me to say the Oscar jokes that I wasn’t allowed to say on TV,” she quipped, explaining that her lawyer urged her to cut a line about James Franco’s sexual assault allegations and another about the fatal shooting of “Rust” cinematographer Halyna Hutchins.

“‘Don’t Look Up’ is the name of a movie,” Schumer said, per THR, “more like don’t look down the barrel of Alec Baldwin’s shotgun.” 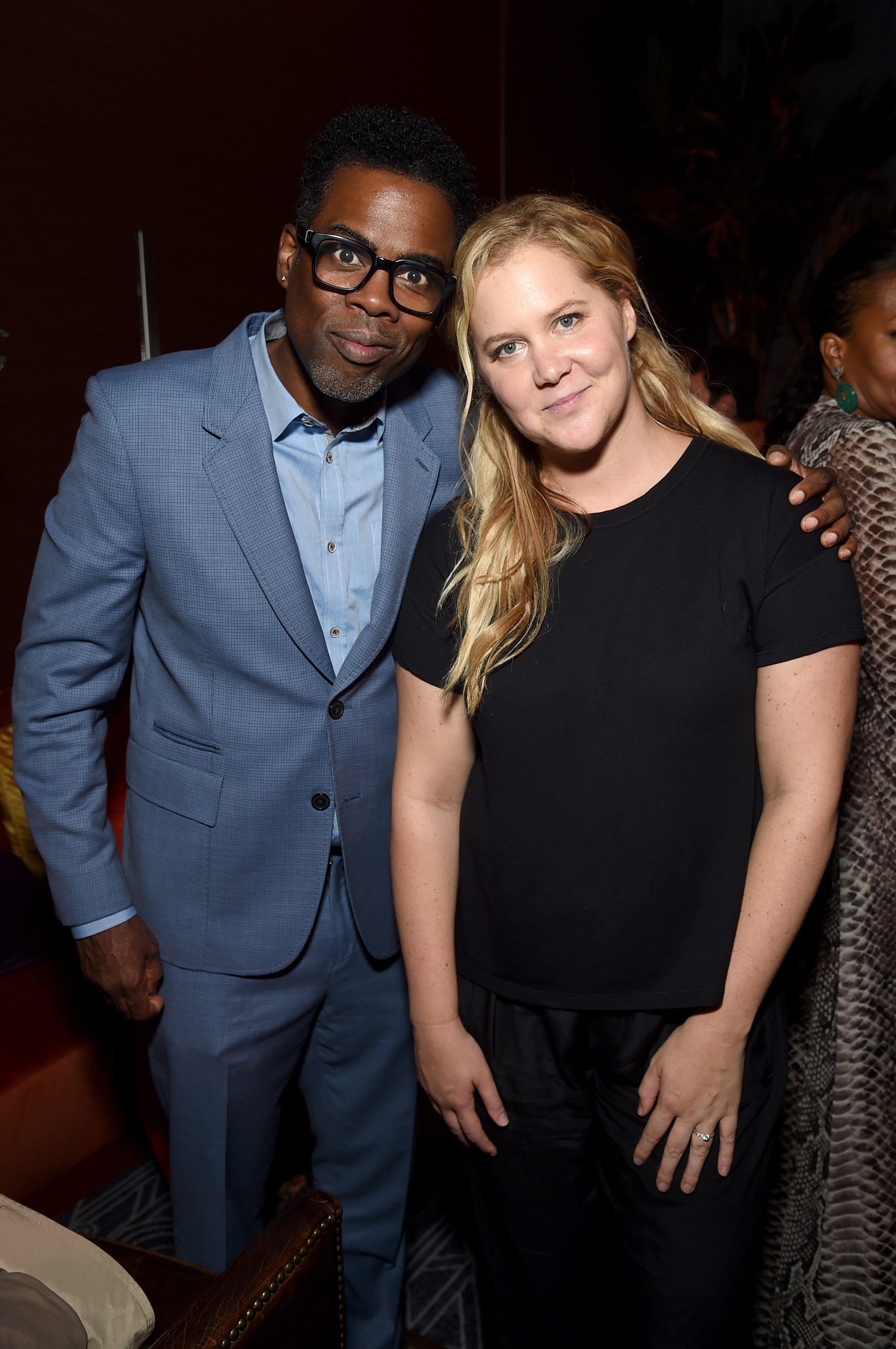 Though Saturday was her first time addressing the slap heard ’round the world in front of a live audience, Schumer, 40, has spoken about the now-infamous slap since it happened.

In an Instagram statement three days after the March 27 show, the “Trainwreck” star said she was “still triggered and traumatized,” adding that Smith must have “so much pain” inside for him to react the way that he did.

Smith smacked Rock for making a bald joke aimed at Smith’s wife, who suffers from alopecia.

The remark prompted the 53-year-old “King Richard” star to charge the stage and then shout from his seat, “Keep my wife’s name out of your f–king mouth.”

In the moment, however, the Schumer attempted to diffuse the tension, telling the audience, “I’ve been getting out of the Spider-Man costume. Did I miss anything?” she said after having flown around the the Dolby Theater dressed as the superhero. “There’s, like, a different vibe in here. Probably not. Well, anyway!” 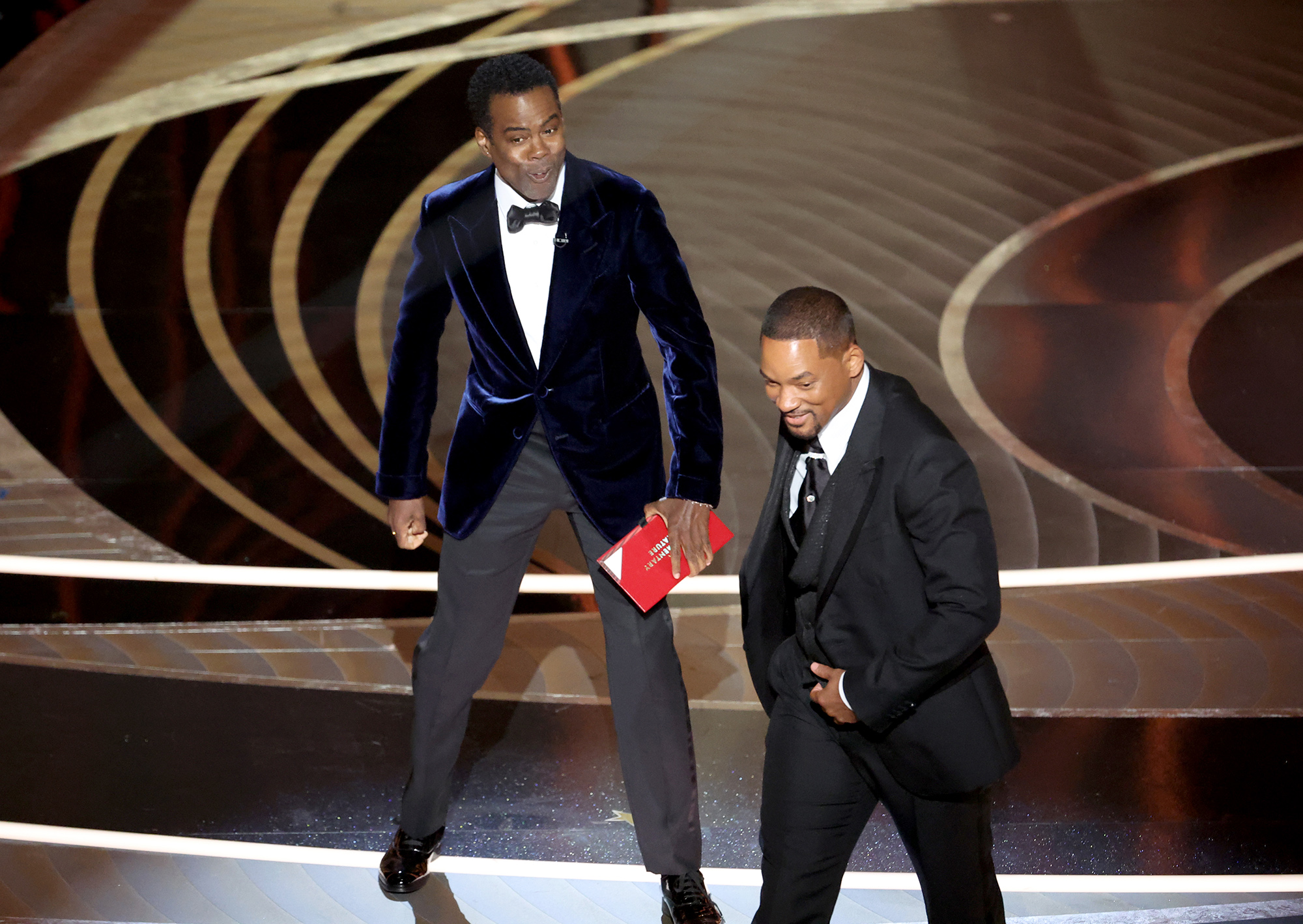 Smith has since apologized to Rock and resigned from the Academy of Motion Picture Arts and Sciences.

Many of his projects have also reportedly been put on hold due to the incident. The Academy is still investigating and deciding if there will be more consequences for the actor.