Memo to Rishi: We face the challenges of a wartime economy. Please don’t make things even worse, writes ANDREW NEIL

Britain needs to steel itself for the stiff economic price we will pay, along with the rest of the West, for Russia’s invasion of Ukraine.

Of course, it will be nothing like the mass murder, mutilation and destruction currently being inflicted on Ukrainians by President Putin’s barbaric war machine, which has spawned a humanitarian tragedy, with more than two million people forced to flee their own country.

But it will be painful nevertheless and, as always, it will be the poorest among us who suffer the most.

A combination of Western sanctions against Russia, retaliation by the Kremlin and the inevitable disruption to supplies that happens in wartime (the Black Sea, for example, is now a no-go zone for commercial shipping) is already pushing up commodity prices. 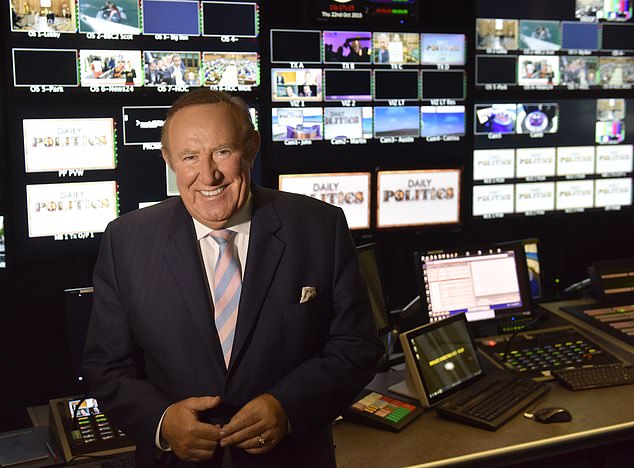 ANDREW NEIL: Britain needs to steel itself for the stiff economic price we will pay, along with the rest of the West, for Russia’s invasion of Ukraine

Here’s how YOU can help: Donate here to the Mail Force Ukraine Appeal

US readers can donate to the appeal via a bank transfer to Associated Newspapers or by sending checks to dailymail.com HQ at 51 Astor Place (9th floor), New York, NY 1000

The cost of everything from oil to wheat to the precious metals essential to modern industry is on the up. But much worse is to come.

We can already see the cost of the war at the petrol pump, where a litre of unleaded which was just over £1 a year ago is now £1.55 — and rising.

Annual household fuel bills for heating and cooking will jump from an average of around £1,300 now to close to £2,000 next month. And that’s just the start of it.

Gas prices were already soaring before the war.

Now they are heading for the stratosphere.

Wholesale gas prices in Europe have surged to 18 times (yes, 18) their level of a year ago.

When this works its way through to our household fuel bills, the annual average cost of heating and cooking could be close to £3,000.

I guess we always knew there would be an energy price to pay for Putin’s military misadventures.

Less appreciated is the fact that, between them, Russia and Ukraine supply 30 per cent of the world’s wheat exports, 20 per cent of corn exports and 80 per cent of sunflower oil exports.

As these supplies are disrupted, there’s a global food crisis in the making.

You can already see its first manifestations. Countries as different as Serbia and Indonesia have barred exports of grain and cooking oils, thus making global shortages worse.

Flour is now being rationed across the Middle East, especially in Egypt, which relies on Russia and Ukraine for 80 per cent of its wheat.

There is panic buying of sunflower oil in Turkey, where it is widely used for cooking.

Nor is this situation likely to get better any time soon. There will be precious few seeds sown this spring in Ukraine’s rich, black soil.

And the consequences of this will soon be seen in your local supermarket, where food prices are set to soar.

This is a particularly cruel cost-of-living crisis because it involves the biggest price rises in things we can’t do without.

Heating your home and putting food on the table are not discretionary spending or optional extras. The scope for belt-tightening is strictly limited when prices start to soar. You just have to pay up.

That’s why it’s especially painful for less well-off households, which already spend a large chunk of their after-tax income on fuel and food. Some simply won’t have the cash to afford the rising prices.

Even Tory loyalists think the Government’s response to all this has been hopelessly inadequate so far.

Chancellor Rishi Sunak is offering a £200 rebate on energy bills but when they’re set to rise this year by as much as £1,700 that doesn’t do much to relieve the pain.

Moreover, the £200 is only a loan for this year. Households are meant to start staggered repayments next year. 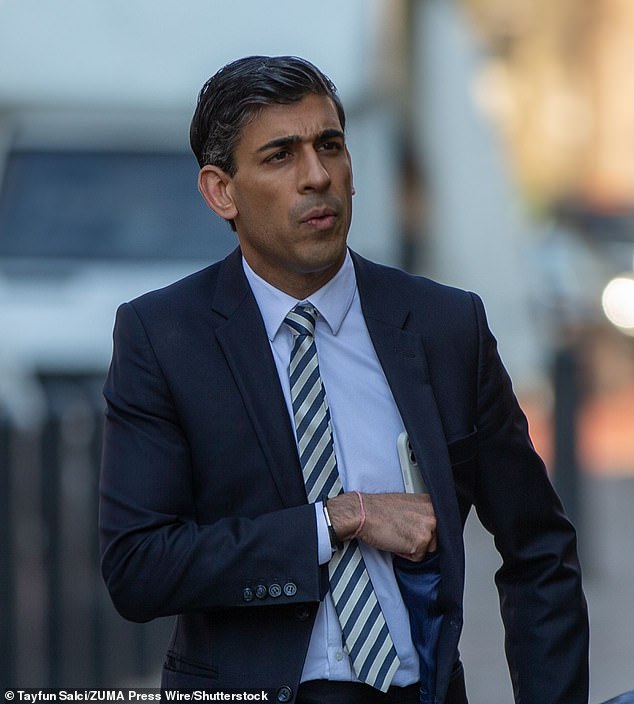 Chancellor Rishi Sunak is offering a £200 rebate on energy bills but when they’re set to rise this year by as much as £1,700 that doesn’t do much to relieve the pain 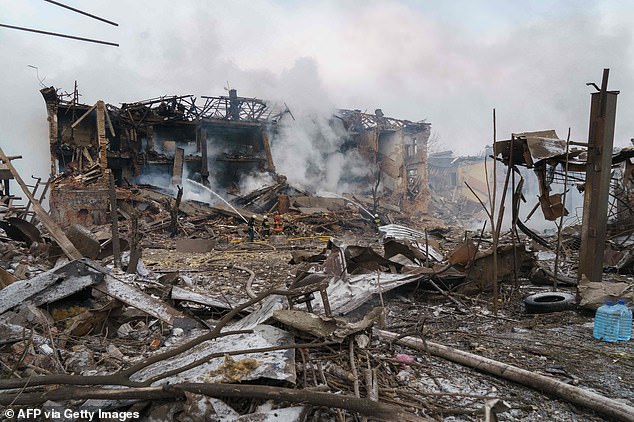 But the brutal manner in which Russia is fighting the war means Putin will be a global pariah for the foreseeable future. Sanctions will be impossible to end when we’ll be calling for his arrest as a war criminal.

Which, in turn, means high energy prices are here to stay. Even if the war results in sensible changes to our absurd energy policies and obsession with net-zero, they will bring no short-term relief.

Households could face astronomic fuel bills and the repayment of their loans in 2023.

So it’s not surprising some cabinet ministers want the Chancellor to do more, such as provide bigger rebates, delay the obligation to repay them and give grants rather than loans to the poorest among us.

The Chancellor was under pressure before the war to cancel or postpone next month’s 1.25 per cent rise in national insurance and the effective rise in income tax occasioned by thresholds being frozen as wages rise, both of which worsen the cost-of-living squeeze.

A growing number of Tory MPs want both reversed, given Ukraine will put living standards in a vice. 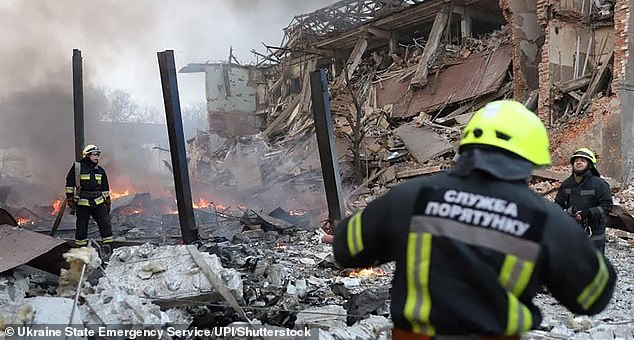 The Treasury, as is its way, is digging its heels in. Maybe the Chancellor will be in a more generous mood come his spring statement on March 23. Otherwise, Labour’s proposal to slap a windfall profits tax on energy companies making billions out of high energy prices will be a clear vote-winner.

And, of course, raising rates will only exacerbate the cost-of-living squeeze, especially for those with mortgages.

The problem with fuel and food prices is compounded by the fact that inflation was on the rise even before the invasion of Ukraine. A faster than expected global economic recovery from the downturn induced by the pandemic resulted in all sorts of shortages and supply constraints. 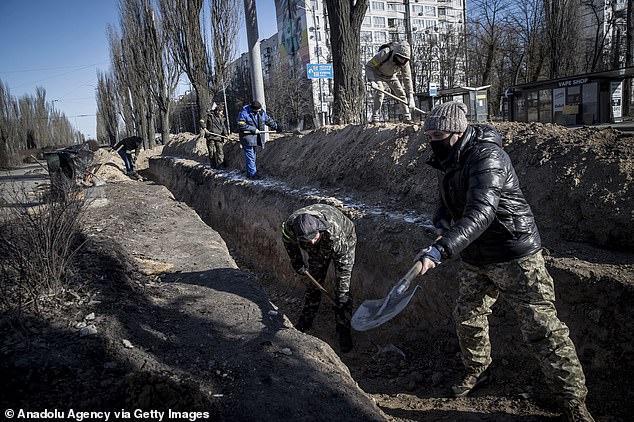 Inflation has shot up from around 1 per cent during the pandemic to 5.5 per cent, with close to 10 per cent beckoning before the year is out.

This is playing havoc with the Chancellor’s spending plans.

Last year, he agreed increases in public spending based on (low) inflation rates which are now fantasy. His fiscal arithmetic is in tatters.

As pressure grows to spend more on the NHS, schools and defence, he will face demands for major pay rises in the public sector just to keep pace with rising prices.

The more they are conceded, the less there will be for the services themselves.

The Institute of Fiscal Studies calculates it would cost £10 billion just to keep public sector pay in line with inflation this year.

If this wasn’t daunting enough, there’s an even bigger problem coming down the pike: the risk of recession. 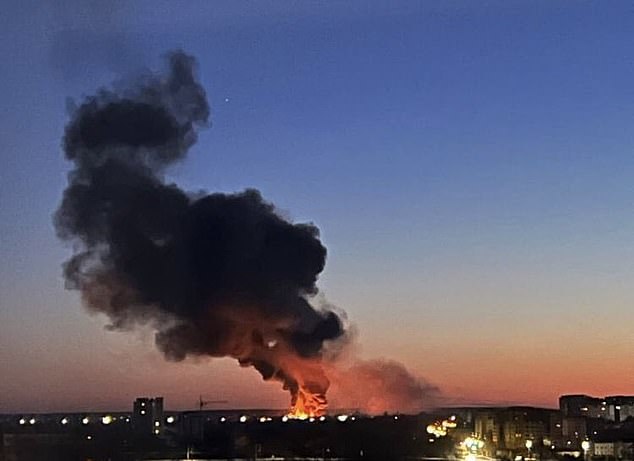 The recovery from the pandemic, which had been coming along nicely, with the economy now almost one per cent bigger than it was before the pandemic thanks to strong January growth, could now be derailed by the fallout from Ukraine.

Huge hikes in energy and food prices are like a big rise in tax — they drain our wallets and leave us with less to spend on other things, which in turn depresses economic activity.

I do not say a recession is inevitable. It is not. But it is more likely than it was only a month or so ago. 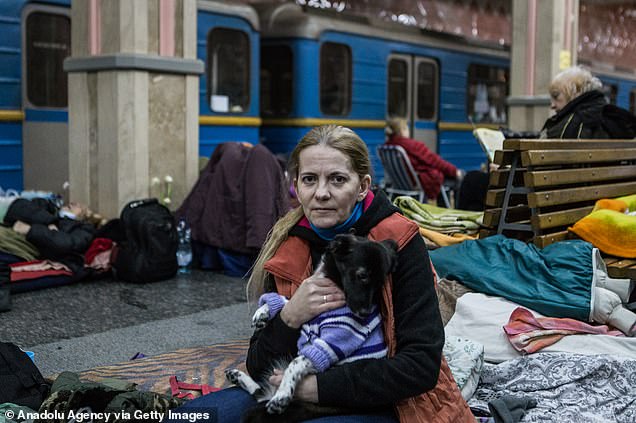 The dismal fact is that a sharp rise in commodity prices — but especially energy — nearly always results in political upheaval and economic downturn.

It was widespread food shortages and spiralling food prices which sparked the popular uprisings in the Middle East known as the Arab Spring in 2011.

Who knows what fresh turmoil we can now expect in that powder-keg region. There has already been rioting over food prices in Iraq.

The invasion of Ukraine is the worst commodity price shock since the Yom Kippur invasion of Israel in 1973, which caused oil prices to quadruple, and ushered in a two-year recession in which UK GDP fell 4 per cent, inflation by 1975 hit a high of 23 per cent and interest rates 12 per cent — which then went to 17 per cent in the 1979 energy price spike following the Iranian revolution. 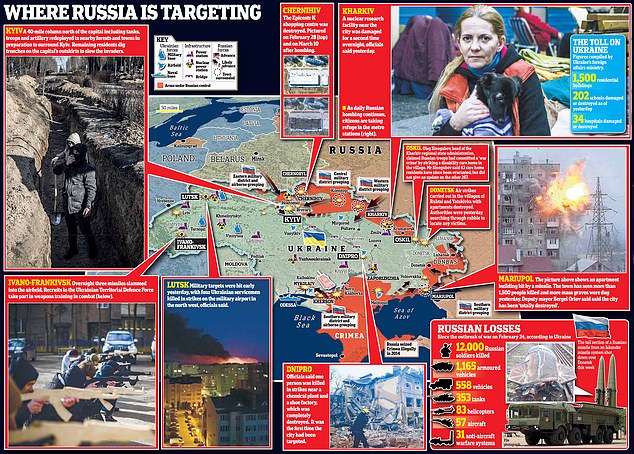 I do not argue the fall-out from Ukraine will be anything like as bad as that. But it will be worse than anything we’ve experienced for at least a generation.

The British people have nothing but admiration for Ukraine and detestation for Putin. They know enough about war to realise that victory involves hardship, even for those waging only economic warfare rather than deploying military might.

But they will want to know that the Government’s got the backs of the poorest covered and that ministers are not making things worse for everybody by sticking to an economic orthodoxy inappropriate for the huge challenges of the times.

We might not be doing the fighting ourselves. But we face the challenges of a wartime economy and the normal rules should not apply.