The High Court has delivered a partial victory for News Corp journalist Annika Smethurst in her challenge against the police raid on her home last year, with the court rejecting the search warrant on technical grounds.

The court unanimously ruled the warrant executed at Smethurst's home was invalid and should be quashed because it "misstated the substance" of relevant criminal laws and was not specific enough about the alleged offences. 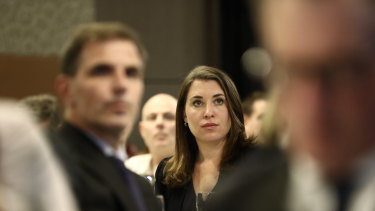 "The entry, search and seizure which occurred on 4 June 2019 were therefore unlawful," the court decided, according to the judgment summary.

While ruling the warrant was technically invalid, the court did not deliver the remedy sought by Smethurst's lawyers, which was that the evidence be destroyed or kept from investigators.

"A majority of the Court declined to grant the injunctive relief sought by the plaintiffs, pointing to the plaintiffs' inability to identify a sufficient right or interest that required protection by way of a mandatory injunction," the judgment summary said.

This means the evidence gathered could still be used in legal actions over an April 2018 story on an internal government proposal to expand the domestic powers of electronic intelligence agency the Australian Signals Directorate.

The raid on Smethurst's home was part of an investigation triggered by the story. Police are pursuing former intelligence official Cameron Gill as the alleged source.

Smethurst's lawyers had challenged the warrant because it did not contain adequate information about the alleged offences.

Solicitor-General Stephen Donaghue QC had defended it as sufficient, arguing it was obvious to the reasonable person what the scope of the search was.

Donaghue argued the warrant only needed to state the general nature of the offence, not the particulars, and that "in the real world, there can't have been any real doubt" about the reason for the search.

The warrant cited section 79(3) of the Crimes Act, which concerns the unauthorised communication or release of an official secret.

Smethurst's lawyers had also mounted a separate argument the secrecy laws underpinning the search warrant were in breach of the implied freedom of political communication contained in the constitution.

The judges said it was not necessary to consider this argument given their finding on the validity of the warrant.