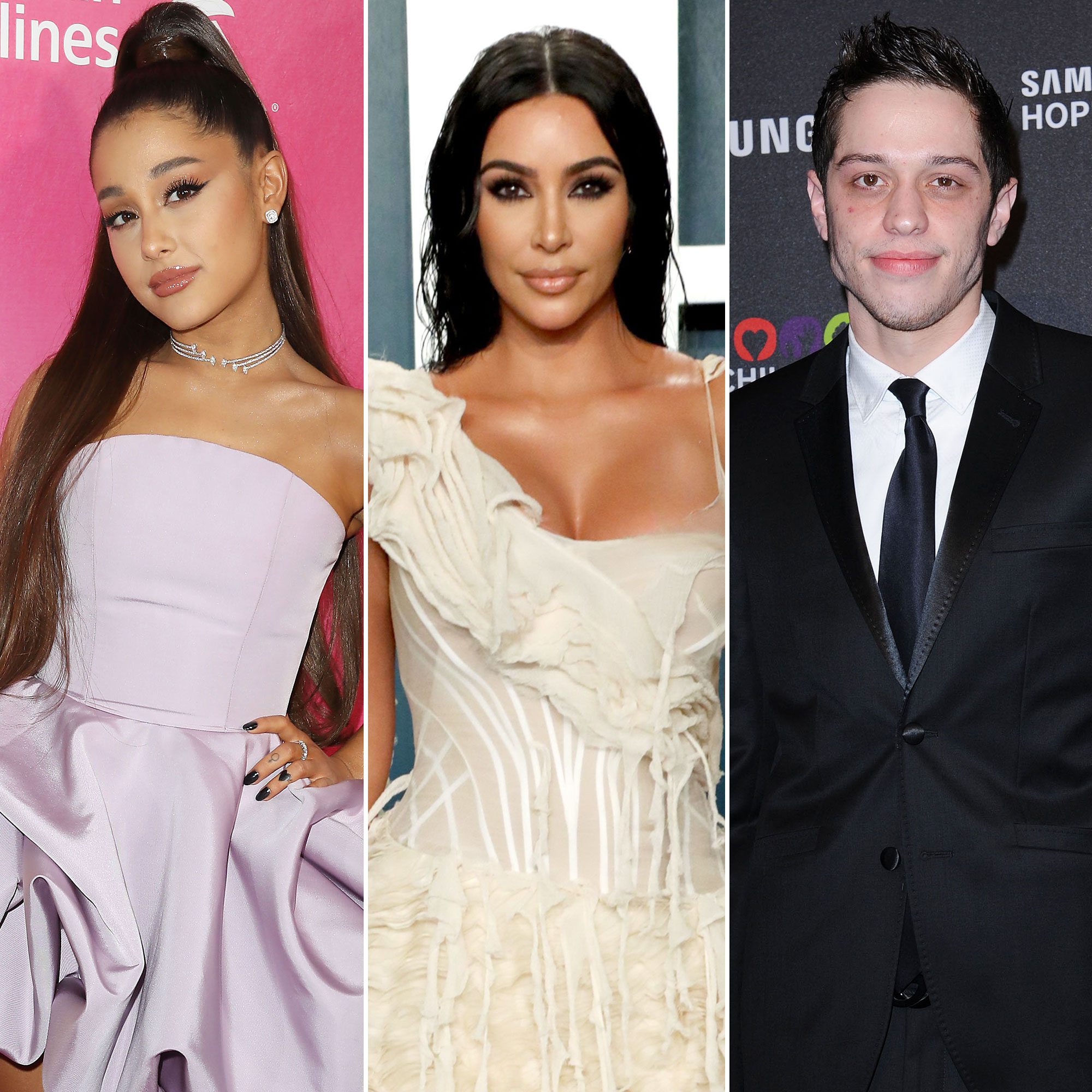 Friends first. Ariana Grande’s ex Pete Davidson may be heating up with Kim Kardashian, but there seems to be only good vibes between the two women.

The 28-year-old singer, who was briefly engaged to Davidson, 28, in 2018, sent the 41-year-old Skims founder an amazing press package of her new r.e.m. beauty launches on Friday, March 18.

Grande’s kind gesture didn’t go unnoticed, as Kardashian, who has been linked to Davidson since October 2021, took to Instagram Stories to show off the gorgeous collection.

The “chapter 2” launch is complete with a range of colorful eyeshadow palettes, gel eyeshadow pots, cheek and lip stains, an ultra-fine mist, an eye gloss and a lash and brow boosting serum.

While Grande and Davidson’s engagement only lasted five months, and both have gone on to have other relationships since calling it quits. The “7 Rings” singer went on to tie the knot with Dalton Gomez in May 2021.

Kim Kardashian’s Futuristic Sunglasses Cover Half of Her Face: Pic

As for Grande’s relationship with Kardashian? The pair’s friendship goes back a couple of years. Not only did Grande make a cameo on Keeping Up With the Kardashians in 2019 following her “Thank U, Next” music video that featured Kris Jenner, but the Skims founder also went backstage at one of Grande’s concerts in 2017.

Davidson’s romance with both women does have one thing in common though: tattoos. During his relationship with Grande, the King of Staten Island star got numerous matching tattoos with the singer, in addition to designs of her album artwork and her last name.

While he’s since started a tattoo removal process, he did make sure to squeeze Kardashian into his ink collection. The mom of four explained on the Ellen DeGeneres Show that the comedian had “Kim” branded on his chest. That means the design cannot be removed by a laser.

“He has a few tattoos, a few cute one that he got [for me],” the KKW Fragrance founder said on the talk show. “But the ‘Kim’ one is not actually a tattoo, it’s a branding. I think he was just like, ‘I want something that’s there, that I can’t get rid of [it like] my tattoos. He just wanted it there as like, a scar,” she said.

Apparently, he also has a “My girl is a lawyer” tattoo, that is Kardashian’s “favorite.” “That’s what tattoo people do,” the Selfish author joked. “They get tattoos of what’s going on in my life, so I was like, ‘Am I something special?’”