The reality star, 37, shared a screenshot via his Instagram Story on Wednesday, May 15, of an exchange Ripa, 48, had with a fan in the comments section of a March 2018 post. “I give them 100 days,” the user wrote of Luyendyk Jr. and his then-fiancée, Lauren Burnham. “Yikes.” 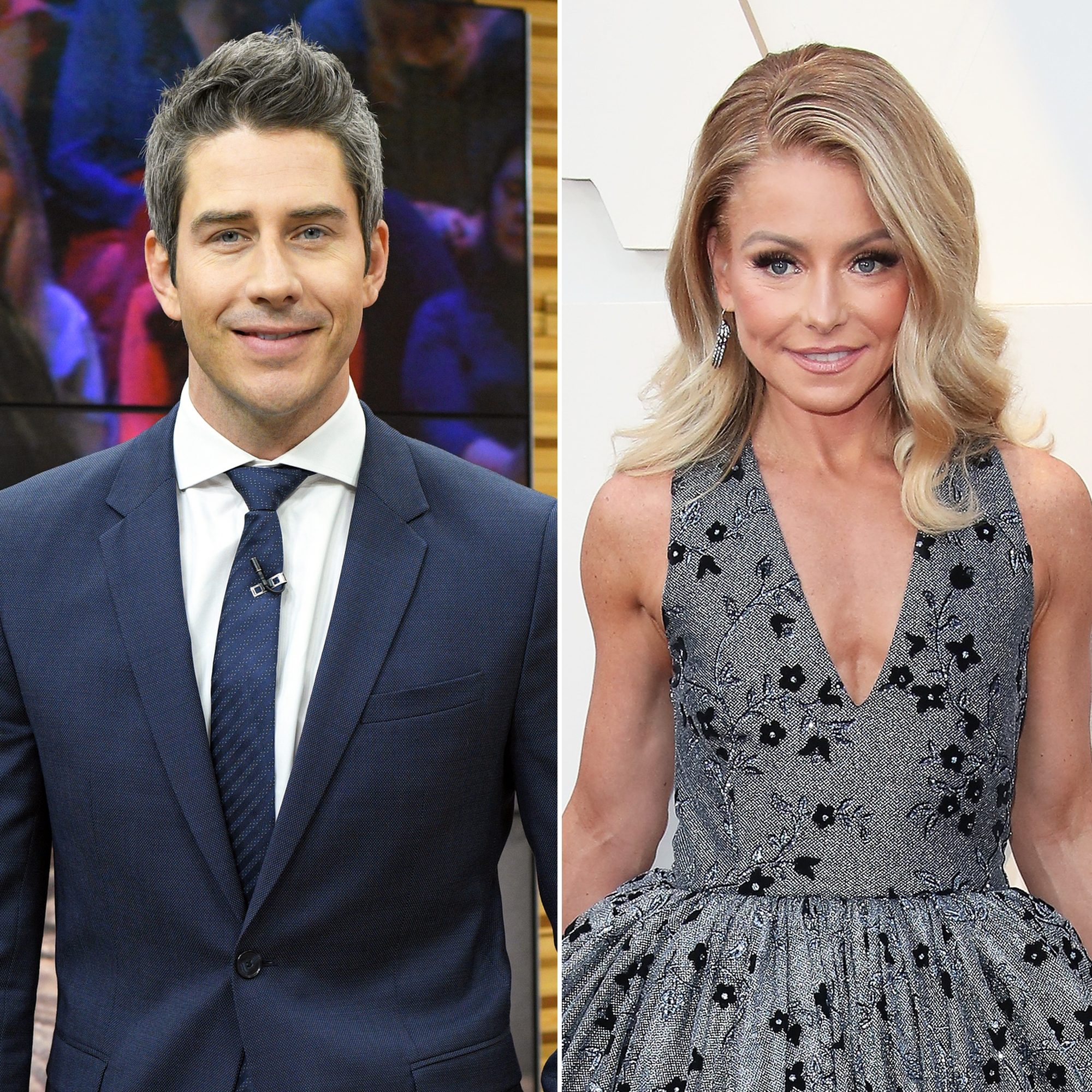 The Live With Kelly and Ryan cohost savagely replied: “You’re being generous.”

Luyendyk Jr. clearly did not take the remark lightly. “All this Kelly Ripa Drama has me worked up,” he captioned his Instagram Story post on Wednesday. “Why tear down relationships, the show is about love. Why so much animosity @kellyripa?” 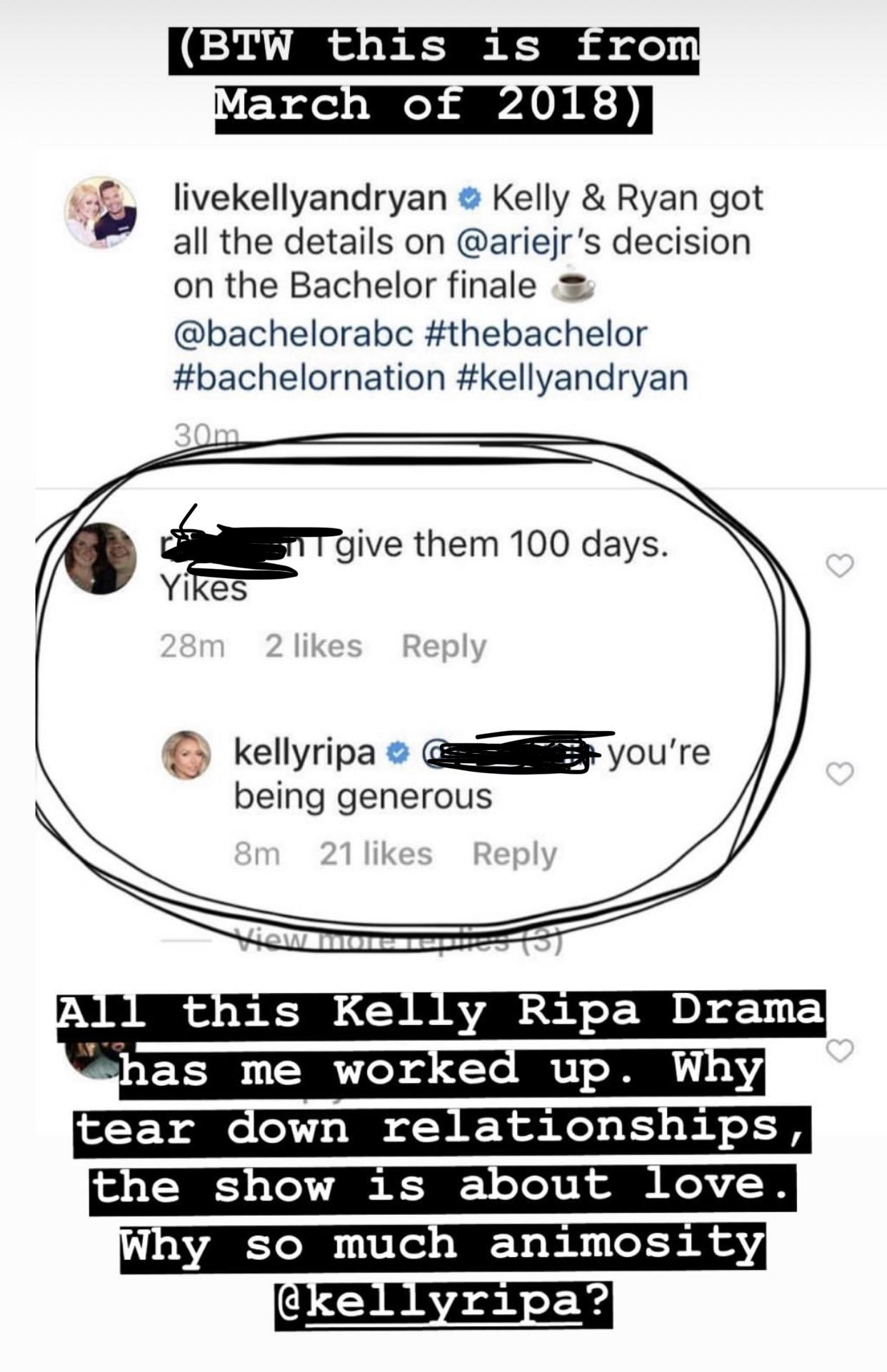 The former Bachelor got engaged to Becca Kufrin during the season 22 finale of the ABC reality series. However, he later dumped the 29-year-old Bachelorette star for his 27-year-old runner-up, Burnham. The couple tied the knot in January and are expecting their first child together.

Ripa made headlines during the Tuesday, May 14, episode of her talk show when she divulged that the franchise “disgusts” her. “I can’t stand the idea of 25 exceptional women fighting over one ordinary fella, in my opinion,” she explained. “You know how I feel, ladies, we are too special to be arguing over a guy.”

While cohost Ryan Seacrest recapped the Monday, May 13, season 15 premiere of The Bachelorette, during which leading lady Hannah Brown met her suitors, Ripa called the show “creepy” and “gross.”