Armie Hammer spoken to by police over secret Instagram video 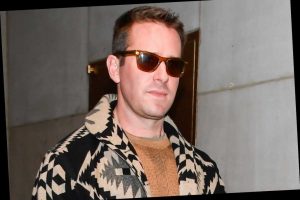 Page Six has confirmed that Grand Cayman police spoke to Hammer, 34, last Friday over the inappropriate footage of a woman on his private account.

“On January 15, 2021, the RCIPS received an allegation of misuse of ICT in relation to a suggestive video which had been posted on social media,” police told Page Six in a statement. “Officers investigated the matter and spoke to the suspect, who was warned about his conduct, in accordance with the wishes of the complainant.”

The case against Hammer, who was not brought into police custody or arrested, is now closed.

The official Miss Cayman organization later distanced itself from the woman in lingerie, who was identified as “Ms. Cayman” on Hammer’s secret account, saying it was “disturbed” by the video.

Hammer later apologized for his “attempt at humor.”