Frustration at the Victorian government’s treatment of the performing arts in the pandemic has boiled over in the fifth lockdown, with industry leaders accusing it of having double standards and not allowing exemptions similar to those given to football teams and film and TV productions.

Arts organisations say the government has rejected applications for ‘bubble’ permits to rehearse shows for performances once lockdown lifts, or to stream online, while sports teams train and screen shoots continue. 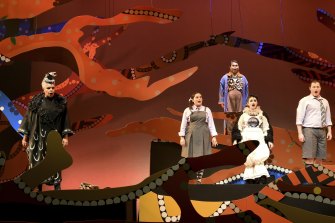 In the previous lockdown acclaimed First Nations soprano and composer Deborah Cheetham was denied a one-day exemption to livestream her new opera Parrwang Lifts the Sky to 4000 students in rural and regional Victoria.

She said the rejection was “breathtaking”, and that the government had failed to support the arts and the cause of reconciliation.

“It’s heartbreaking and it’s very concerning,” Cheetham said. “Here we are in a state that is leading the way in terms of its reconciliation policies and its determination to move towards towards treaty, and yet those government-set strategies and priorities were not considered in any way. 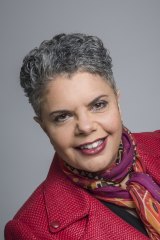 “While exemptions were going left, right and center to sporting teams, the arts were left absolutely neglected and abandoned.”

Elizabeth Hill-Cooper, CEO of Victorian Opera which co-produced the show with Cheetham’s company Short Black Opera, said it was “disgraceful” that their artform was treated differently to film and TV, despite painstaking preparations for COVID-safe rehearsals and performance.

“It’s not fair,” she said. “I was furious because the day they told me that we couldn’t do Parrwang, I literally walked past the Old Melbourne Gaol into the [VO] office to send the email to the cast to say, ‘Really sorry we can’t do it’. And there was a damn film shoot going on over at the jail with at least 150 people over there, no masks, no social distancing, no nothing.”

Cheetham said she had raised the issue with arts minister Danny Pearson in person.

“He said it was a ‘matter of regret’, which is politician-speak… I don’t know whether that’s an apology,” she said.

Hill-Cooper on Wednesday had to cancel another show: the rarely performed Voss, scheduled for August 4. The company ran out of time to rehearse, she said.

Virginia Lovett, co-CEO of Melbourne Theatre Company, joined the call for rehearsal ‘bubble’ exemptions, revealing that she too had an application turned down by the government panel, to rehearse the upcoming production of Cyrano, due to begin previews on July 31.

Cast, crew and venue are often unavailable to extend a season, so rehearsals must cannibalise performance dates. This means more lost box office in an already devastating year – the company has cancelled around 460 performances since the pandemic hit. 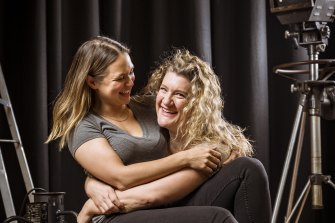 “We’re going to have to sit down with Health and the government to find a way to keep cast working in a safe bubble like they are in the football or broadcast, because we need to be ready to quickly return to stage to minimise lost performances,” Lovett said. “You can’t do everything on Zoom, they have to be in the room.”

She was confident there was a safe and effective solution, with only necessary cast and creatives in rehearsal rooms, and companies around the Southbank precinct potentially sharing a COVID testing unit.

Her call was echoed by Malthouse Theatre, where executive producer and co-CEO Sarah Neal said they had been knocked back on an application to rehearse a yet-to-be-announced major new collaboration with the Stephanie Lake Company.

“Cancelling rehearsals… can mean [shows] end up being not just rescheduled, but cancelled,” she said. “We would certainly want to be considered alongside any other artform that has exemptions, such as film or television, given that we can operate in the same way.”

Cheetham said opera singers were like elite athletes who needed to train – The Australian Ballet had been allowed to keep rehearsing on this basis. She warned Victoria could lose a generation of performers.

“I can’t tell you how many of my friends have relocated to Queensland,” she said. “[Victoria] has the most extraordinary arts culture in the country but it doesn’t take much to unravel that when you realise that you cannot have confidence in the people meant to represent you, and protect and guard and uphold the [arts].”