Home » Lifestyle » As a Reminder, This Is the Steamy Kiss That Earned Noah Centineo and Lana Condor Their MTV Award

As a Reminder, This Is the Steamy Kiss That Earned Noah Centineo and Lana Condor Their MTV Award 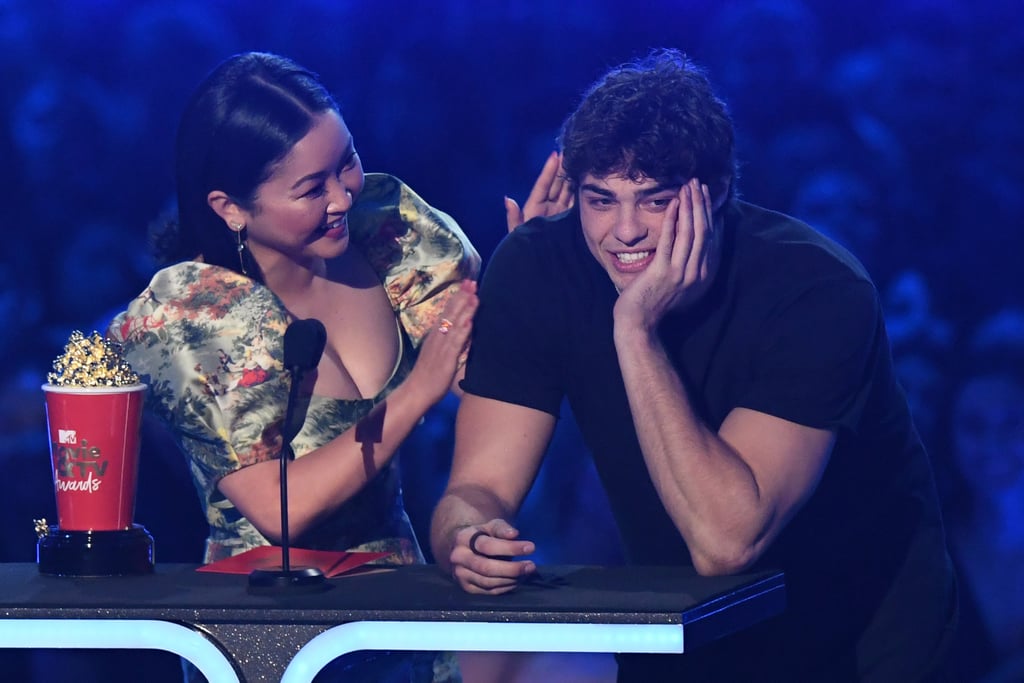 As a Reminder, This Is the Steamy Kiss That Earned Noah Centineo and Lana Condor Their MTV Award

Lana Condor and Noah Centineo took home the MTV Movie & TV Award for best kiss on Monday night, which is good enough of an excuse for me to go back and reflect on why they were even nominated for the category in the first place.

As a reminder, the truly adorable duo star in Netflix’s To All the Boys I’ve Loved Before, where they play high school students who agree to a fake relationship before they — spoiler alert — realize their feelings for each other might actually be real. This arrangement leads to one particularly steamy kiss in a hot tub during their school’s annual ski trip, which in turn led to Centineo and Condor picking up a Golden Popcorn trophy for their efforts.

They admitted during a red carpet interview before the show that they practiced their hot-tub scene “about 100 times” just to get it right, and during their acceptance speech, Centineo made sure to thank “Lana’s lips” for all their hard work. Condor chimed in with a heartfelt message to wrap things up: “Kiss who you want to kiss, love who you want to love, and don’t let anyone tell you otherwise.”

So, in honor of their hot TATBILB makeout, let’s reflect on the costar’s best kisses in the rom-com. Just be warned: their chemistry might make you pass out.