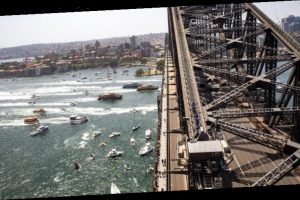 Sydney’s Australia Day festivities will be significantly muted on January 26, with a number of longstanding events cancelled and spectators limited amid ongoing COVID restrictions.

At the program’s launch at the Sydney Opera House on Wednesday, NSW minister for tourism Stuart Ayres conceded that “Australia Day in 2021 will be a little bit different, [but] that doesn’t mean it’s less important.”

Australia Day Council of NSW chairman Andrew Parker said the “traditional and iconic” Sydney Harbour daytime program – including events such as the Ferrython, the Tug and Yacht Ballet, the Tall Ships Race, and the Harbour Parade – “will not be taking place”. 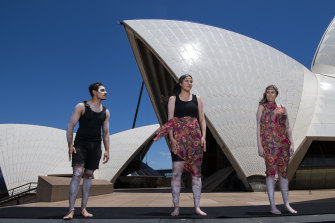 Parker said while limited tickets will be released to the general public subject to health advice, crowds will not be permitted entrance to the harbour foreshore after 5pm unless they have a pre-existing booking at a restaurant at Circular Quay, and spectators are instead urged to tune into the live broadcast on ABC and iView from their own homes.

This year’s limited program will commence with a WugulOra (“one mob”) morning ceremony at Barangaroo at 7.30am featuring performances from Indigenous artists including singer/songwriter Emma Donovan, and conclude with an Australia Day Live concert on the Opera House forecourt at 7.30pm with artists including Casey Donovan, Iva Davies, Delta Goodrem, Dami Im, Mitch Tambo, vocal group KARI and didgeridoo maestro William Barton.

“Planning during coronavirus is a bit like trying to put together a jigsaw puzzle in a tornado,” Australia Day Creative Director, and Aussie Pops Orchestra conductor, John Foreman said. “But for any event organiser and concert producer right now, we have to strike that balance between making an event as great as can be but also as safe as can be.” 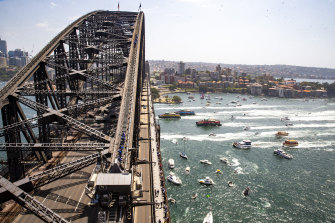 The traditional Australia Day ferrython on Sydney Harbour will not be held this year because of the COVID-19 crisis.Credit:Jenny Evans

Mr Foreman said in between navigating novel concerns such as isolating his orchestra’s “brass and woodwind players, because those instruments are particularly tricky in terms of coronavirus”, his focus was on “making the event as inclusive as it possibly can be.”

“It’s important that the event reflects the amazing diversity of the country and that we don’t just acknowledge the traditional owners of the land but celebrate the survival of the longest-living culture on the planet.”

Asked whether the COVID restrictions may have offered a prime opportunity to move Australia Day festivities to a later date and address the ongoing “change the date” debate, a spokesperson for the NSW Department of Premier and Cabinet said that “the NSW Government and the Australia Day Council of NSW do not decide the date of Australia Day”.

“For many, our national day is a time to discuss issues that affect our national identity. We see this as a valuable way for people to engage and add meaning in their own way. Australia Day means different things to different people, and that’s part of the rich fabric of the day,” the spokesperson added.