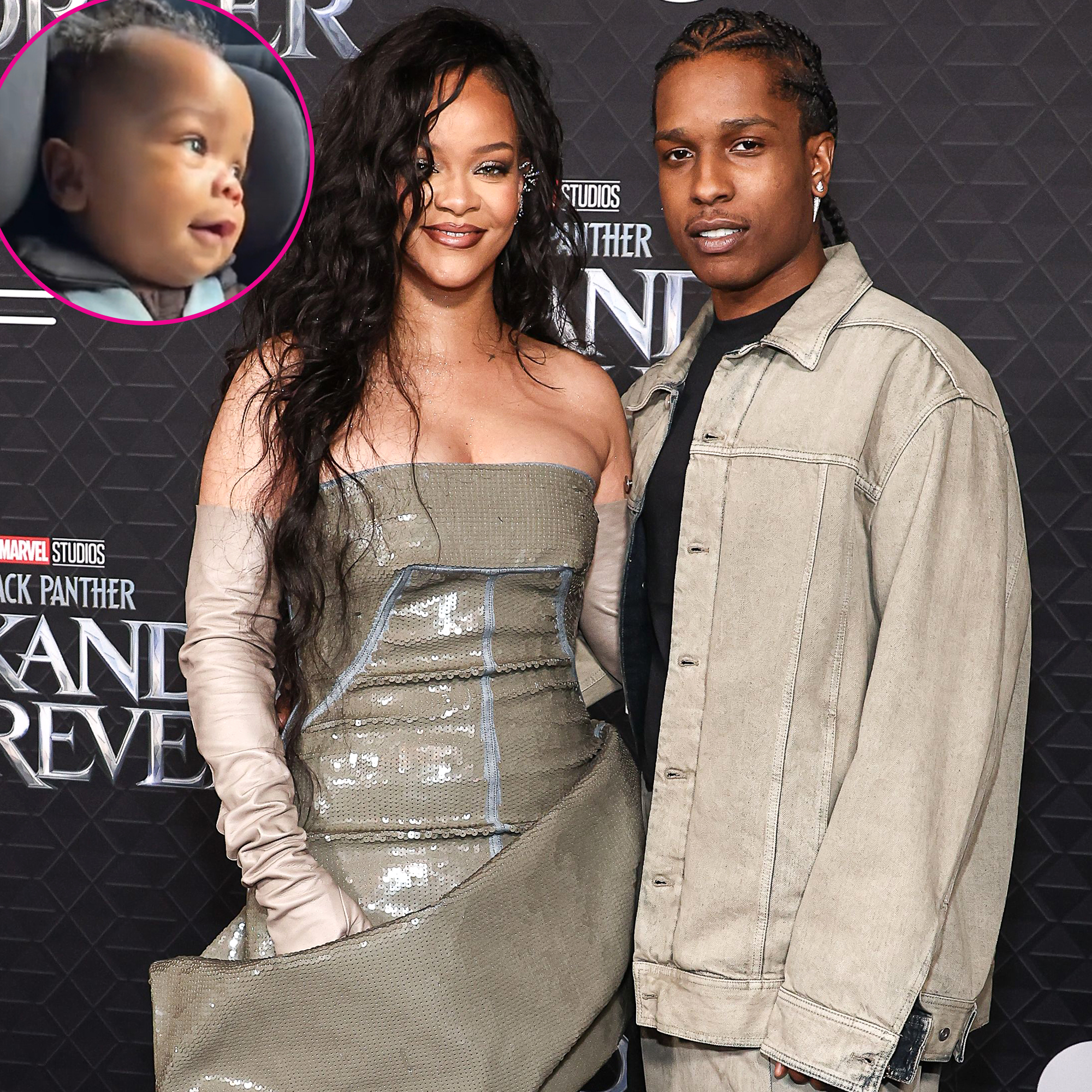 Love on the brain! Rihanna and A$AP Rocky welcomed their first child, a baby boy — and they have now shared the first photo of the newborn.

“Hacked,” the Fenty Beauty founder, 34, captioned a Saturday, December 17, TikTok video of her son, 7 months, giggling in his car seat. Rihanna can be heard cooing over her little one from behind the camera.

Us Weekly confirmed on May 19 that the Barbados native had given birth to the couple’s little boy — whose name has not been publicly shared — in Los Angeles. TMZ reported at the time that their son was born on May 13.

A source exclusively told Us in February that the singer intended to honor her “Barbados heritage … when she names her child, [as well as] A$AP’s roots. They want both of their cultures included.” The insider added: “It is very important to them to keep where they are from passed down to their child.”

Rihanna and Rocky, 33 — who were friends for years before sparking relationship rumors in 2019 — announced they were expecting in January with a photo shoot in the Harlem neighborhood of New York City.

“I wouldn’t say [we were] planning [to start a family]. But certainly not planning against it,” the fashion icon told Vogue in April about her pregnancy. “I don’t know when I ovulate or any of that type of s–t. We just had fun. And then it was just there on the test.” She told the “Praise the Lord” artist immediately.

Rihanna and ASAP Rocky: A Complete Timeline of Their Relationship

“I called him inside and showed him,” the “Bitch Better Have My Money” singer revealed. “Then I was in the doctor’s office the next morning and our journey began.”

For his part, Rocky not only confirmed his relationship with the Grammy winner in a May 2021 interview with GQ, but he also gushed about her — even calling Rihanna “The One.”

He noted that his life is “so much better” since being in a relationship with the “California King Bed” singer. “So much better when you got ‘The One.’ She amounts to probably, like, a million of the other ones. I think when you know, you know. She’s ‘The One.’”

Rihanna’s Quotes About Wanting Kids Over the Years

Rihanna stuck by her boyfriend earlier this year when he was arrested at LAX airport in April upon returning from vacationing in her home country of Barbados. The hip-hop star was arrested for “assault with a deadly weapon,” the LAPD confirmed via Twitter at the time, noting that his arrest was in conjunction with a November 2021 shooting in which Rocky allegedly fired a handgun at an “acquaintance” of his during an argument in Hollywood. The “Peso” artist was released after posting $550,000 bail.

Later that month, the makeup mogul supported Rocky at his first performance since his arrest.