A sick leave safety net for self-employed Australians and staff in small businesses has been raised by big business as pressure mounts on the government to bail out a strained workforce suffering from the resurgence of Omicron.

Business Council of Australia head Jennifer Westacott, who represents Australia’s major brands and financial institutions, said while Labor was right to axe the $750 pandemic leave disaster payment, there was scope for a more targeted scheme to bolster the workforce as daily COVID-19 cases soar. 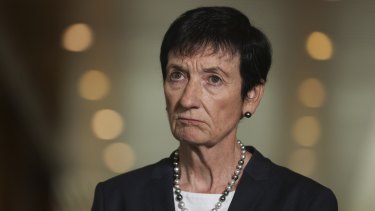 “This is a big challenge for smaller businesses and the self-employed, so it makes sense to look at targeted ways to ensure they can protect their teams and keep their doors open,” Westacott told The Sydney Morning Herald and The Age.

Health Minister Mark Butler defended Labor’s decision to follow through with the former government’s plan to end the paid pandemic leave scheme on June 30, saying due to the $1 trillion debt, the government “can’t continue to borrow money to fund emergency payments forever”.

“There will be an impact on people because there are isolation rules in place. But … there’s no easy time for these emergency payments to come to an end,” Butler told Channel Nine on Monday.

The payments have cost more than $1.9 billion since the scheme was introduced under former prime minister Scott Morrison in August 2020.

Transport Workers’ Union national secretary Michael Kaine said removing paid pandemic leave at a time when COVID numbers were “through the roof” put gig workers and the public they service at greater risk.

“Without paid pandemic leave, workers are forced to make a terrible choice: go without income and work longer hours to make up the difference, or risk working while infectious with the virus,” Kaine said.

Labor has faced vocal criticism of its decision from the union movement and the Australian Medical Association, and calls for reinstatement from parts of the business community amid high workplace absenteeism putting employers further under strain during a national skills shortage.

Australian Council of Trade Unions assistant secretary Liam O’Brien said the payment was critical for workers who did not have access to paid leave, or had used up their available paid leave.

“Removing it will disproportionately affect the lowest paid and most insecure workers in our country, the majority of whom are women,” O’Brien said.

“With the government warning of a new wave of infections, it is critical that the payment is restored immediately. Without it we will see more cases, more people in hospital and unfortunately more preventable deaths from this virus.”

Grattan Institute labour economist Brendan Coates said there was a question about whether casual work, undertaken by about 2.4 million Australians, would become less attractive in an environment where those workers didn’t receive paid sick leave.

With tens of thousands of cases occurring daily, major business groups have also rejected advice from state and federal chief health officers to consider allowing employees to work from home, warning that the economic recovery would be jeopardised.

Westacott’s suggestion of a new scheme followed Australian Retail Association head Paul Zahra’s support for a more tailored approach, saying the country needed to “strike the right balance where vulnerable people forced out of work continue to be supported.”

Australian Chamber of Commerce and Industry chief executive Andrew McKellar warned the nation couldn’t retreat into the “mindset” of lockdowns. “Provided we can avoid that, we’ve got to try and avoid putting the pressure back on governments for a fiscal response,” he said.

Westacott agreed “the time for emergency measures” was over.

“With one of the world’s highest vaccination rates, whatever we do, we cannot retreat to Delta or early Omicron settings, which will stifle our recovery and hamstring small business,” she said.