Biochemist who performed an experiment as a talent WINS Miss Virginia

A 24-year-old biochemist snagged the crown for Miss Virginia after displaying her science talents by performing an experiment onstage for the audience.

Camille Schrier, who recently graduated from Virginia Tech with a dual degree in biochemistry and systems biology, decided to use the talent portion of the pageant to show off her skills in the laboratory.

And while she knew her unconventional talent could be a risk, she ultimately decided performing a science experiment might help break down stereotypes about the pageant community. 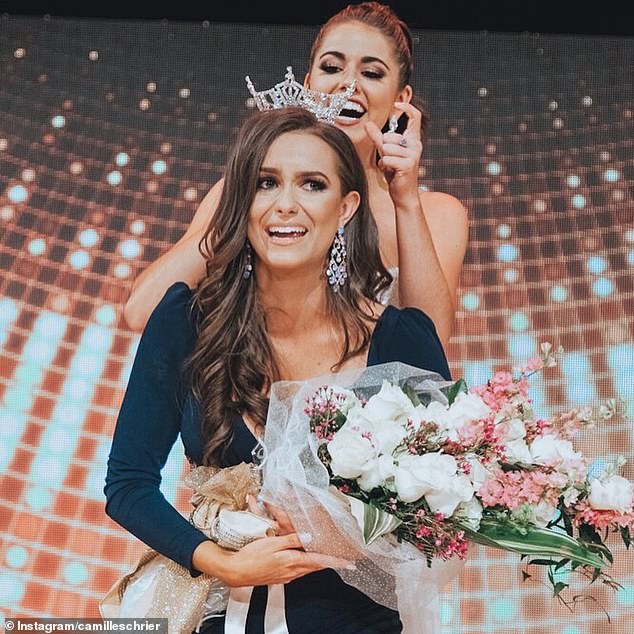 Crowning achievement: Camille Schrier, 24, recently graduated with a degree in biochemistry and won Miss Virginia in June after displaying an innovative talent 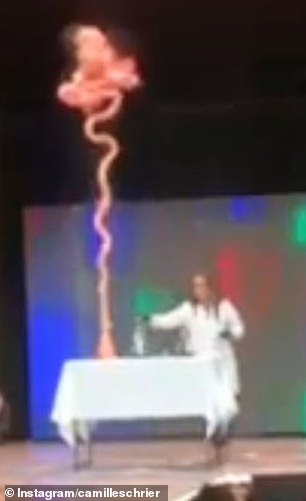 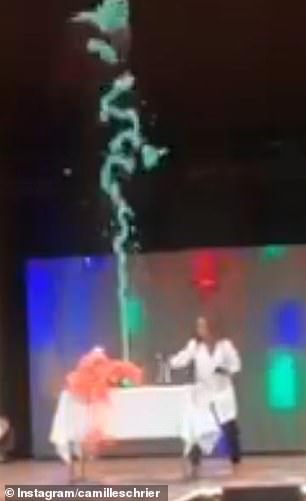 Incredible: The biochemist instead performed an experiment onstage for the audience where she demonstrated how hydrogen peroxide can decompose with a catalyst 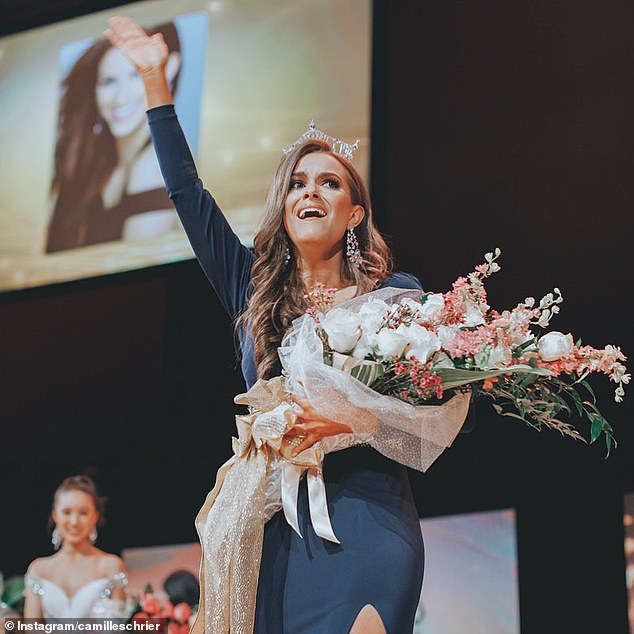 Worried: She confessed to thinking it could be a risk but thought the new talent could help break down stereotypes about the pageant community

‘We are typically an organization that sees people that are fabulous dancers and really talented singers use that as their talent, and so for me to come out there and take a risk and do a science demonstration was very different,’ she told the Richmond Times-Dispatch.

‘As someone who is breaking the boundaries and breaking stereotypes for what talent looks like at Miss America, I wanted to be a little out of the box, and it really worked out.’ 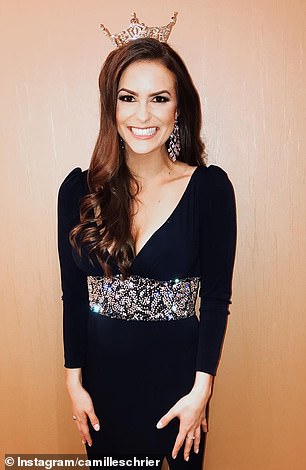 Priorities: Camille hoped her talent could help break down stereotypes within the pageant community

During her experiment, Camille demonstrated the catalytic decomposition of hydrogen peroxide — also known as the ‘elephant toothpaste’ reaction.

The reaction, when combining hydrogen peroxide with potassium iodide, produces copious amounts of foam out of beakers, giving the appearance of toothpaste an elephant might use.

Camille shared the experiment onstage while outfitted in a white lab coat and safety googles.

Three beakers featuring hydrogen peroxide mixtures in red, blue and green were ready for Camille to add to in order to create the fun explosion onstage for the judges and audience.

She also explained each step to the audience, as foam exploded upward from each beaker.

The risk appeared to pay off for Camille, as she was crowned Miss Virginia at the end of the competition.

Camille celebrated her success on her Instagram and revealed what she hoped to do with her platform.

‘Have you ever had your entire life change in one instant? Last night, mine did, as I was crowned Miss Virginia 2019,’ she wrote in a caption while showing herself getting crowned.

‘I can’t even say that I’ve dreamt of this moment…because I never thought this was possible even in my wildest dreams,’ she continued.

‘I am so excited to spend the next year traveling our commonwealth advocating for STEM education & drug safety and abuse prevention. Oh, and I’m going to MISS AMERICA! I’m overwhelmed with so many messages of support, and truly could not be more grateful.’

Camille, who appears to be single, will have a busy 2019 as Miss Virginia. Her role will include traveling over 40,000 miles around Virginia to visit with different organizations and schools to promote social impact.

She will also Miss America Organization’s national Children’s Network campaign and compete in the Miss America pageant in 2020.

All of this will have to be done while Camille studies at Virginia Commonwealth University to earn her doctor of pharmacy degree.

‘I’m trying to be like Bill Nye [the science guy],’ Camille said in a university blog. ‘That’s what I’m going for. I want to get kids excited, but I don’t want it to be boring.’

The student, who grew up in Pennsylvania, hope she can be a role model for other people interested in a career in science.

‘I didn’t have that kind of role model who had gone through the same experiences that I had of being an undergrad in a science career,’ she said.

‘And now I’m in a graduate program. It’s not easy [getting a science degree] and I want to be that person to go out there and encourage and show them that I did it. And so can you.’