Home » Lifestyle » Boris Johnson is so flawed, but still the public forgive him

Boris Johnson is so flawed, but still the public forgive him

SIMON WALTERS: Boris Johnson is so flawed, but still the public forgive him

After acknowledging that his charisma and campaigning skills make him the obvious favourite, there follow a rueful sigh and the word ‘but.’

There are often a lot of ‘buts’. 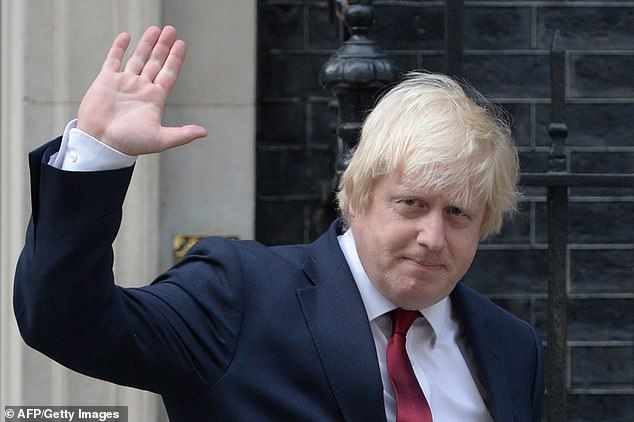 After acknowledging that his charisma and campaigning skills make him the obvious favourite, there follow a rueful sigh and the word ‘but’

Then there are his troubles with money and breaching Commons rules by not declaring financial interests in time. Also, who can forget him comparing Muslim women in veils to ‘letter-boxes’ and ‘bank robbers.’ Or him once writing that the Queen loves the Commonwealth, ‘partly because it supplies her with regular cheering crowds of flag-waving piccaninnies’. The same article mentioned the ‘watermelon smiles’ of tribal warriors.

Max Hastings, Johnson’s editor in his days as a young reporter at the Daily Telegraph, calls him a ‘foot-in-the-mouth artist; serial bonker and manic self-publicist’. Crucially, what if more skeletons tumble out of his closet?

The answer, I believe, is that the vast majority of Conservative supporters – and Labour voters for that matter – do not give a fig about Johnson’s bed-hopping.

According to a Survation opinion poll for the Daily Mail conducted on Wednesday, 83 per cent of Tories do not think his two broken marriages make him unfit to be prime minister. Only 12 per cent of Tories say they do disqualify him.

Labour voters are similarly forgiving: 71 per cent say his marital record does not disbar him from No 10. 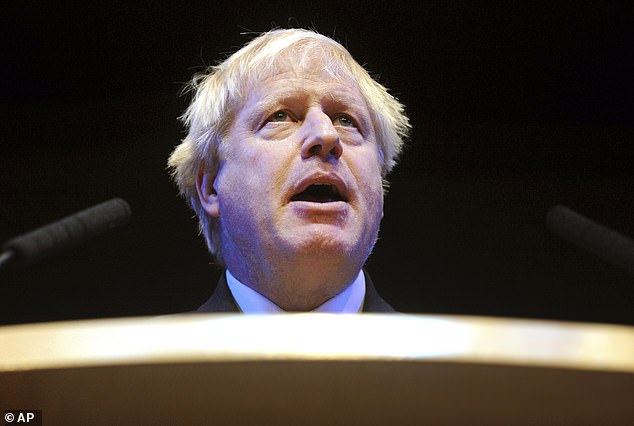 Max Hastings, Johnson’s editor in his days as a young reporter at the Daily Telegraph, calls him a ‘foot-in-the-mouth artist; serial bonker and manic self-publicist’. Crucially, what if more skeletons tumble out of his closet?

The figures will be greeted with relief by Johnson’s supporters, who remember the bitter fall-out after he was sacked as a Tory frontbencher in 2004 for allegedly lying over an affair with writer Petronella Wyatt.

A Tory spokesman said at the time: ‘It was nothing to do with personal morality but rather with his personal integrity and honesty.’

For his part, Mr Johnson had dismissed the allegations as ‘an inverted pyramid of piffle’. He added: ‘I have not had an affair with Petronella. It is complete balderdash. It is all completely untrue and ludicrous conjecture. I am amazed that people can write this drivel.’

A week later, it turned out it was not piffle: he did have an affair with Miss Wyatt, who had undergone two abortions. The then Conservative leader Michael Howard fired him, not for the fling, but for lying about it.

Another disreputable incident came in 1990 when he was asked to provide the address of a News of the World journalist to his friend Darius Guppy. 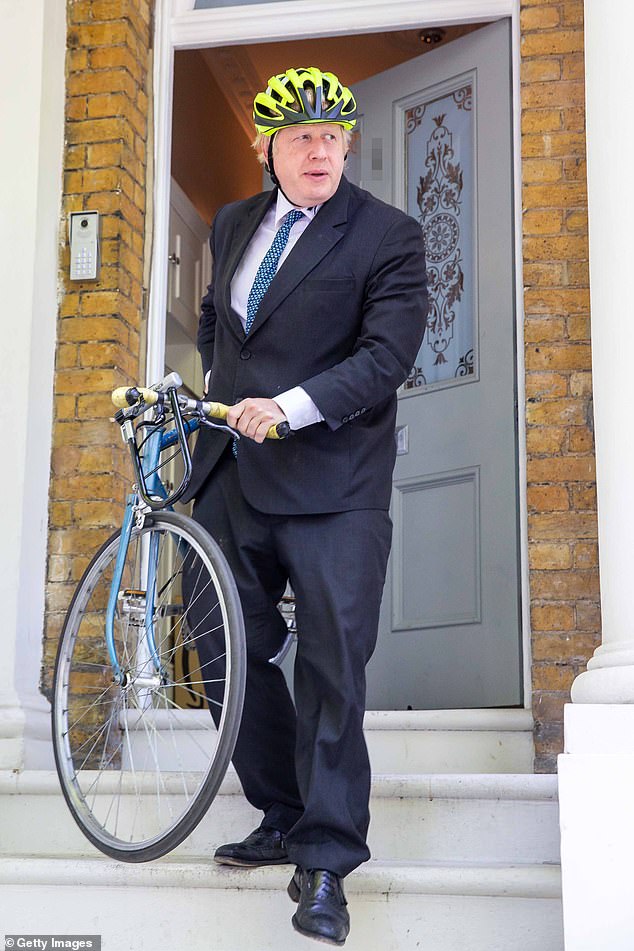 For his part, Mr Johnson had dismissed the allegations as ‘an inverted pyramid of piffle’. He added: ‘I have not had an affair with Petronella. It is complete balderdash. It is all completely untrue and ludicrous conjecture. I am amazed that people can write this drivel’

His fellow Old Etonian was trying to get the journalist beaten up because of a feud. Johnson was later revealed in a tape recording as saying: ‘Cracked rib? If you f*** up in any way, if he suspects I’m involved.’

When confronted many years later about this and called ‘a nasty piece of work’ by broadcaster Eddie Mair, Johnson showed a petulant and evasive side to his character many thought would destroy his hopes of becoming PM.

His girlfriend, Carrie Symonds, is barely five years older than his eldest child. She has worked as head of communications at Tory HQ and led a successful campaign to force the Government to stop black cab rapist John Worboys being released from prison.

There are clear signs that Johnson is strongly influenced by her views. Shortly after Miss Symonds tweeted that ‘supporting Brexit does not make you far Right’, he wrote an article headlined: ‘Stop calling us Brexiteers far-Right zealots.’

Miss Symonds, who was offered a job with City giant Bloomberg campaigning for clean oceans, also tweeted an article about hunters and dead cheetahs with the caption: ‘A*seholes’.

Johnson then duly posed with a cheetah for an organisation that campaigns to save them. She is also credited with transforming her lover’s image. Gone is the trademark unruly, ruffled hair and he has lost weight and cut down his drinking. Away from work, Miss Symonds is known to relax with friends at Mayfair nightclub Loulou’s.

Johnson is busy organising his leadership campaign, trying to sell his family home and sorting out his divorce.

But as Westminster well knows, he has spent most of his career trying to juggle lots of balls and extricate himself from scrapes.

There was, for example, his salvage operation after describing Mrs May’s Brexit deal as a ‘suicide-vest wrapped around the British constitution’.

And his grovelling apology to the people of Liverpool when an unsigned article in the Spectator magazine he edited said their emotional response to the murder of Iraqi hostage Ken Bigley showed the city was ‘hooked on grief’. Yet for all these foibles and foolishnesses, by a clear margin of nearly two to one, Conservative voters say these kind of comments do not rule him out to be prime minister.

An envious David Cameron once observed that one of Johnson’s public humiliations would have been a disaster for any other politician, but that Boris somehow turned it into a triumph. Of course there are limits.

As foreign secretary, he committed one of his biggest blunders: damaging Anglo-Iranian mother Nazanin Zaghari-Ratcliffe’s hopes of being freed from jail by wrongly stating she was a BBC journalist. This was precisely the trumped-up charge the Iranians used to imprison her on spying charges.

If Johnson does become prime minister, aside from solving Brexit, he will undoubtedly embark on a series of grand projects designed to lift the nation’s morale. As a classics scholar, he would want to emulate the ‘bread and circuses’ policy used by Roman emperors to prevent civil unrest.