The truth? I know Boris Johnson and he thinks parties are Dante’s third circle of hell, writes the PM’s former flame Petronella Wyatt

Let us be clear. My old friend Boris Johnson must go.

Not for giving or allowing illegal parties to take place in Downing Street, but for giving and allowing such bad ones.

According to Sue Gray’s report, No 10’s gatherings during Covid restrictions didn’t even get out of the starting gate, let alone make the first furlong.

The Gray Report won’t be a knockout blow to the Johnson premiership, but it has caused some damage, with two-thirds of voters believing the Prime Minister should resign. 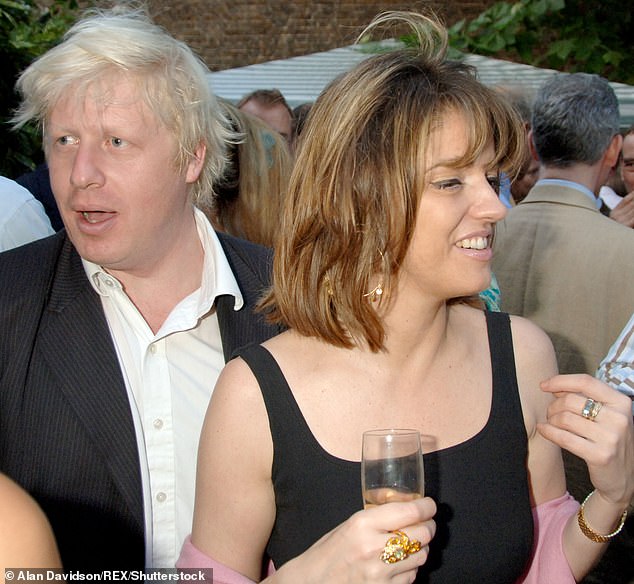 My old friend Boris Johnson must go. Not for giving or allowing illegal parties to take place in Downing Street, but for giving and allowing such bad ones, writes Petronella Wyatt (above, with Boris, in 2006, at the annual Spectator magazine summer party)

How very ironic – because Boris doesn’t even like parties. I would go further and say he hates them. He is not a party animal, politically or socially.

He was always late for mine and often failed to show up at all.

I recall a dinner party I gave for Andrew Lloyd Webber, who had agreed to play excerpts from The Sound Of Music on my piano. Boris assured me he would be present. We waited as the clock slowly ticked past 8pm. My phone then pinged with a message. Boris was texting to say that he’d forgotten he had to make an after-dinner speech and couldn’t join us.

At the annual Spectator summer party, where, as the magazine’s editor, he was host and I was hostess (as the deputy editor), I found myself receiving guests, including Cabinet Ministers and the terrifying Joan Collins, alone.

Boris was like Macavity, the elusive mystery cat from Mr Lloyd Webber’s musical. 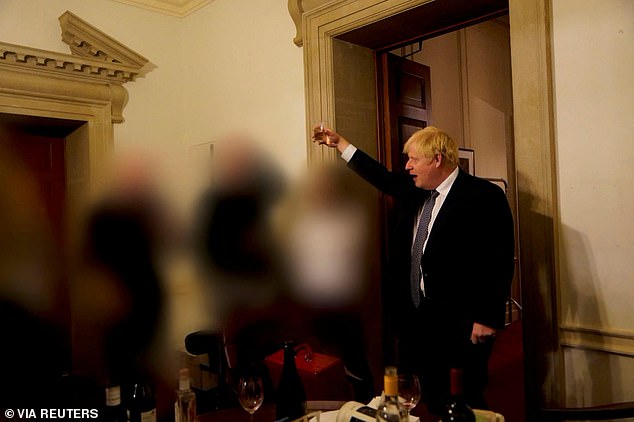 Then there was my 32nd birthday party. I had been taking singing lessons and intended to make my musical debut. Boris arrived half an hour before the guests were due.

‘Why are you so early?’ I demanded. ‘Oh, I can only stay ten minutes,’ he replied.

It is not that Boris dislikes alcohol. One would be concerned if he did.

I recall when we drove out of London for a summer picnic, bought a bottle of champagne and drank it on the way home. It was an afternoon of bucolic hilarity – though perhaps Boris should not have flung the empty bottle out of the car window.

As for food, his taste is execrable, like many Englishmen who have been to Eton. They grow up with the conviction that anything more sophisticated than shepherd’s pie is foreign, unmanly and probably unpatriotic.

Boris’s idea of fine dining is a trip to Pizza Express, where he took me with aggravating monotony. (He approved of it because it was then under British ownership.) He regards the Mediterranean diet as an implacable foe and glares at it from across the Channel.

He has a positive libido for the inedible and the chronically unhealthy. Even Pret a Manger was a no-go area for him because they made sandwiches with brown bread.

I always looked on concerned at his endless consumption of Mars Bar ice creams, sausages, crisps and bacon butties in gargantuan buns.

Which brings us back to all those ‘parties’ in Downing Street. 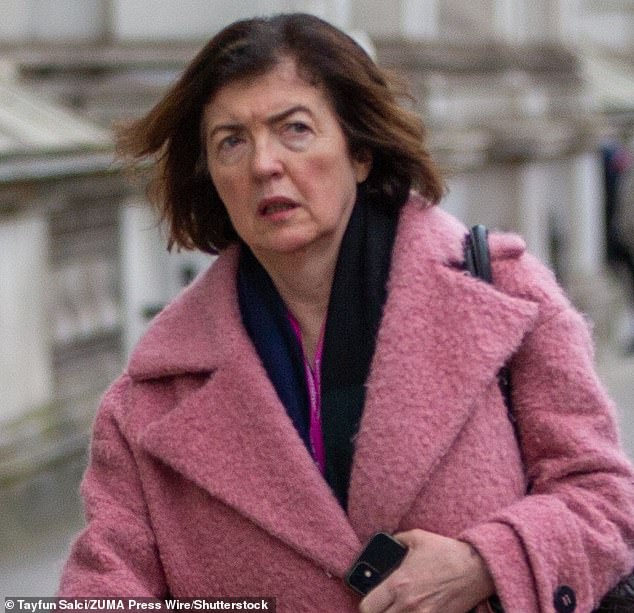 The Gray Report won’t be a knockout blow to the Johnson premiership, but it has caused some damage, with two-thirds of voters believing the Prime Minister should resign. How very ironic – because Boris doesn’t even like parties. I would go further and say he hates them. He is not a party animal, politically or socially. (Above, Sue Gray in February)

I find it hard to believe that Boris would have put in an appearance for more than two minutes. To him, such gatherings would have been the equivalent of Dante’s third circle of Hell. It is simple bad luck that he was photographed as he made a reluctant appearance at a staff leaving do.

I believe as far as I am able that Boris has been the victim of his own geniality and pathological hatred of confrontation. His desire to say ‘yes’ is involuntary and inevitable. He can no more avoid it than he can avoid blinking his eyes.

Faced with repeated requests for parties from staff who had been slogging their way through Covid lockdown, his instinct would have been one of sympathy and acquiescence.

We must also bear in mind that it is the Prime Minister’s wife who takes the hard party line. Carrie Johnson and her gilded, youthful friends appear to be compulsive salonistas.

People who know claim there was dancing to Abba – including to the song The Winner Takes It All – at the party to celebrate Dominic Cummings leaving Downing Street.

Boris has never mastered the complexities of dancing, but he would have been loath to stop his wife (who by all accounts is a spirited woman) from letting her hair down.

In my view, the real crime is that these ‘parties’ lacked the glamour one would expect of No 10. No self-respecting person would have been caught dead at them.

Moreover, they are a calamitous indication of Britain’s decline in the world.

If our Prime Minister and his colleagues wish to break the rules, one expects them to do it with jeroboams of Dom Perignon and fillet steak, not warm beer and pizza.