Braunwyn Windham-Burke is moving on from “The Real Housewives of Orange County” — and her husband.

Braunwyn and longtime hubby Sean Burke revealed their plans to separate and co-parent their seven children during an Instagram Live chat on Monday night.

The couple are attempting a “trial run separation” for the summer where Braunwyn will take the children to live in Hawaii for almost two months while Sean will rent a place in Newport Beach — which is owned by a friend of Braunwyn’s girlfriend, Fernanda Rocha.

“We are packing up this house, the one we filmed in last year, and we are moving,” Braunwyn said. ” … We have decided jointly that we are going to take a few months apart.”

The duo renewed their vows after two decades of marriage on the most recent season of the Bravo series — but Braunwyn subsequently came out as gay in December. However, she said at the time that she and Sean had no plans to divorce.

On Monday night, Braunwyn said the couple is now “putting our children first.”

“What we are doing right now is really healthy for them. I am taking my kids for six or seven weeks and when they come back, they will have a place at their father’s,” she said.

Sean added that Kauai is “like a second home” to the family and depending on how the summer goes, they plan to purchase a home where all seven children will stay and the adults will take turns living there.

“We really want to do what’s best for us — we are family, we’ve been together for 26 years,” she said. “That’s a lot and that’s something we don’t want to minimize — we want to honor that. I think having some space right now will give us some clarity.”

Sean said that he’s “excited about getting my own place” and “figuring out the rest of our lives.” 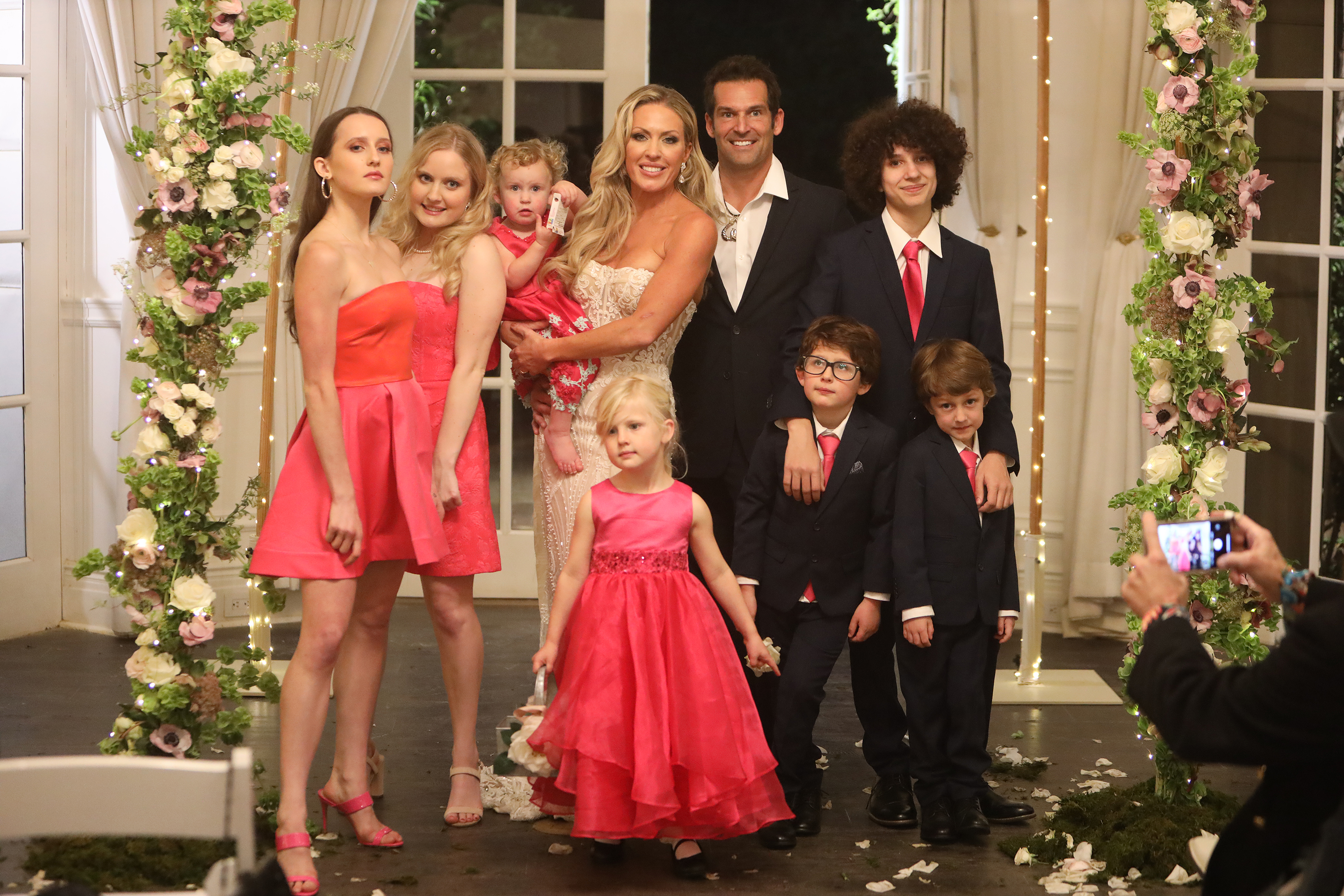 In addition to coming out as gay in recent months, Braunwyn told fans that she is a recovering alcoholic — and credited her sobriety with her decision to live her life freely with a woman.

For his part, Sean said he was “relieved” when his wife came out and has expressed his continued support for her.

In June, Braunwyn confirmed to Page Six that she is now dating Rocha, who appeared on Season 6 of the Bravo series as Tamra Judge’s friend. Fans will recall that Braunwyn and Tamra had a makeout session in front of cameras in 2019.

“Having someone special in my life who was an out and proud woman on reality television was so helpful in the beginning stages of our relationship,” Braunwyn said of her relationship with Rocha.

“What started as a friendship has become something more — I am so grateful for her — she is beyond amazing.”

The mom of seven previously dated her first girlfriend, Kris, from December 2020 until April 2021.