Home » Lifestyle » Brits will do approx. 13,000 laundry loads in their life – but still mix white with colour

Brits will do approx. 13,000 laundry loads in their life – but still mix white with colour 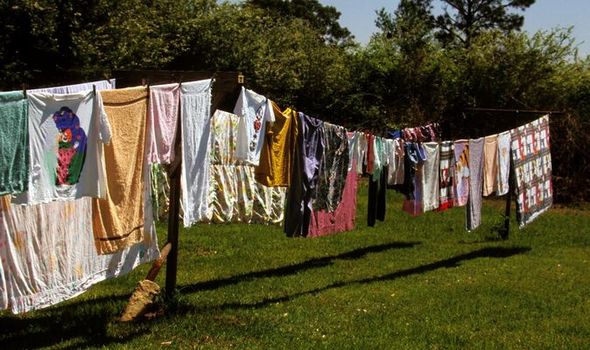 But 95 items of clothing will be ruined over the average adult lifetime by washing whites with coloured items, or having the machine on a wash setting which was too hot.

It also emerged that despite the huge amount of washing people do, nearly half (42 percent) don’t consider the environmental impact of their laundry.

Of the 208 loads of washing the typical adult does a year, a quarter won’t be full loads, while half will be washed at a temperature of more than 30 degrees.

A spokesman for Ariel, which commissioned the research to launch its #WashColdChallenge, said: “When you have a lot of laundry, it’s easy to switch to autopilot and use the same settings.

“But, despite the huge amount of washing that people are doing, few consider the environmental impact of it – it’s such a small thing every day which could go on to make a huge difference.

“The temperature of a wash makes up to 60 percent of laundry’s carbon footprint.

“Lowering the temperature of your wash can go a long way to reducing the environmental impact of your laundry.

“If everyone in the UK washed colder, we could save the same amount of CO2 as taking up to half a million cars off the road.”

The study also found that while 68 percent of people always separate their whites and colours, 29 percent admit they simply throw it all in the same wash together.

And 51 percent have accidentally put a coloured item into a whitewash.

Other common laundry disasters include putting a tissue through the wash (55 percent), shrinking an item (35 percent), and leaving money in pockets (14 percent).

But 76 percent admit they just use the same setting on their machine for everything, while one in five (18 percent) stick with the setting their parents told them to use when they first learned how to use the machine.

In a bid to be more environmentally friendly, 66 percent of those who think about how to be green will only wash when they have a full load, while 65 percent will air dry rather than using a tumble drier.

More than half will wash at the lowest possible temperature – although 51 percent worry that washing at 30 degrees or under won’t clean the clothes properly.

Others polled, via OnePoll, avoid washing at low temperatures as they just use their usual setting and don’t think about it, or don’t think it makes a difference to the environment.

Ariel is encouraging the nation to pledge to turn their laundry temperature down and join the #WashColdChallenge to reduce the UK’s carbon footprint now – find out more here.

If the campaign hits one million pledges, it will donate £100,000 to WWF to help protect the planet.