Threats have surged against the people and property that Capitol Police are charged with protecting, according to the most recent report by the department’s inspector general, which also found the department did not have “adequate resources” to analyze and investigate the rising risks.

The April report, obtained first by CBS News, revealed that the number of threat cases increased from 171 in 2017 to 586 in 2020 and have already topped 200 through the first three months of the year. The department views a threat as “a communication or action showing clear or implied intent to inflict physical, psychological, or other harm,” including those targeted at lawmakers and the Capitol building itself.

So-called “Direction of Interest” cases also shot up, nearly doubling since 2017, to 8,778. These are cases “where a subject expresses an unusual interest in any person or property under USCP jurisdiction,” such as through disturbing social media posts, stalking, or harassment.

A department official interviewed by the inspector general raised concerns that the growing number of cases impeded investigations. The official told the IG that agents were investigating 500 cases a year, a number “that should be closer to 100 cases for each Agent to complete thorough and comprehensive threat investigation.”

The April report focused on reviewing the department’s threat assessment and its counter-surveillance unit, and is the third in a series of monthly audits from Inspector Michael Bolton, who said his office suspended other planned reports to focus on a full review of the response to the January 6 attack on the Capitol.

The report also criticized the department for not having a dedicated counter-surveillance unit, which could covertly “identify and disrupt individuals or groups intent on engaging in illegal activity directed at the Congressional Community and its legislative process.” A department official told the IG counter-surveillance plans “got blown to shreds” after two pipe bombs were found near the Democratic and Republican party headquarters and intelligence agents became “distracted,” leaving only one counter-surveillance team to provide coverage on the Capitol grounds.

In a statement provided to CBS News, the U.S. Capitol Police said they’d already taken “significant steps” to implement recommendations laid out in the April inspector general report, and said the IG’s “most impactful” recommendations were those that advised Capitol Police to increase threat assessment manpower and establish a stand-alone counter surveillance entity — “both of which require resources and authorization,” the statement said.

To create a stand-alone counter-surveillance unit, Capitol Police said, “the Department would require additional resources for new employees, training, and vehicles as well as approval from Congressional stakeholders.” 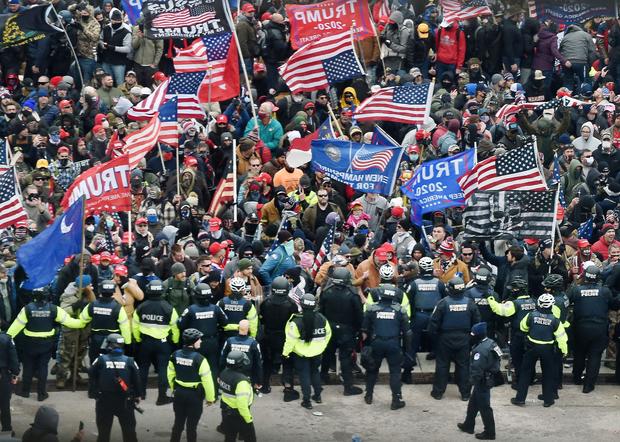 The findings echoed concerns raised repeatedly by police leadership before and after the Capitol attack. Former Capitol Police Chief Steven Sund testified during a 2020 budget hearing that the department’s staffing levels at the time did not provide sufficient resources to meet “mission requirements.”

The IG also noted that the Threat Assessment Section employed only one analyst to help its agents with investigative tasks. By comparison, the U.S. Secret Service employs five analysts for every two agents.

In addition to low staffing, the inspector general report suggested that Capitol Police did not make full use of FBI investigative resources that were available through the FBI’s Behavioral Analysis Unit, a task force that consults on cases to help protect targets of violence.

The chief of that unit told the inspector general the Capitol Police Department “does not provide a lot of subjects” for the FBI to profile. In its statement, the department said it agreed it “could be more reliant on the FBI” and that it “has requested additional investigative and enhanced prosecution assistance.”

The report said standard operating procedures for the Threat Assessment and Intelligence Operations sections were both vague and outdated — some of which hadn’t been updated since 2009 and 2010. Many of the policies contained outdated information, the report said, including at least one reference to BlackBerry devices. The report notes, “The Department has not used BlackBerry devices for several years.” 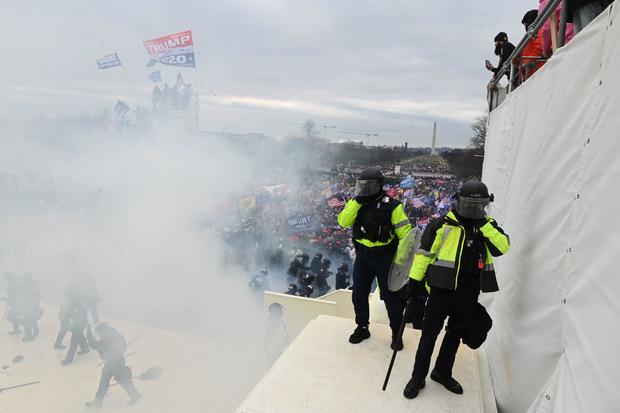 Unlike other agencies, the Capitol Police is not required by law to publicly disclose reports produced by its inspector general. The next “flash report” is expected to focus on the department’s Containment Emergency Response Team and First Responders Unit, the watchdog said.

In its previous reports, the inspector general wrote that Capitol Police failed to pass along “relevant information obtained by outside sources,” lacked consensus on how to interpret threats and failed to act on intelligence that suggested protestors coming to the rally that day could be armed and planned to “target” Congress.