Cardi B channels TLC’s Left Eye, Madonna and more in new ‘Up’ video

In the music video for her booty-bouncing new song “Up,” Cardi B pays sexy homage to the style icons who came before her, from Marilyn Monroe to Madonna.

Early in the clip, which dropped Thursday night, the 28-year-old “WAP” rapper poses on the hood of a luxury car, clad in a plunging white halter gown reminiscent of Monroe’s unforgettable subway-grate scene in “The Seven Year Itch.” 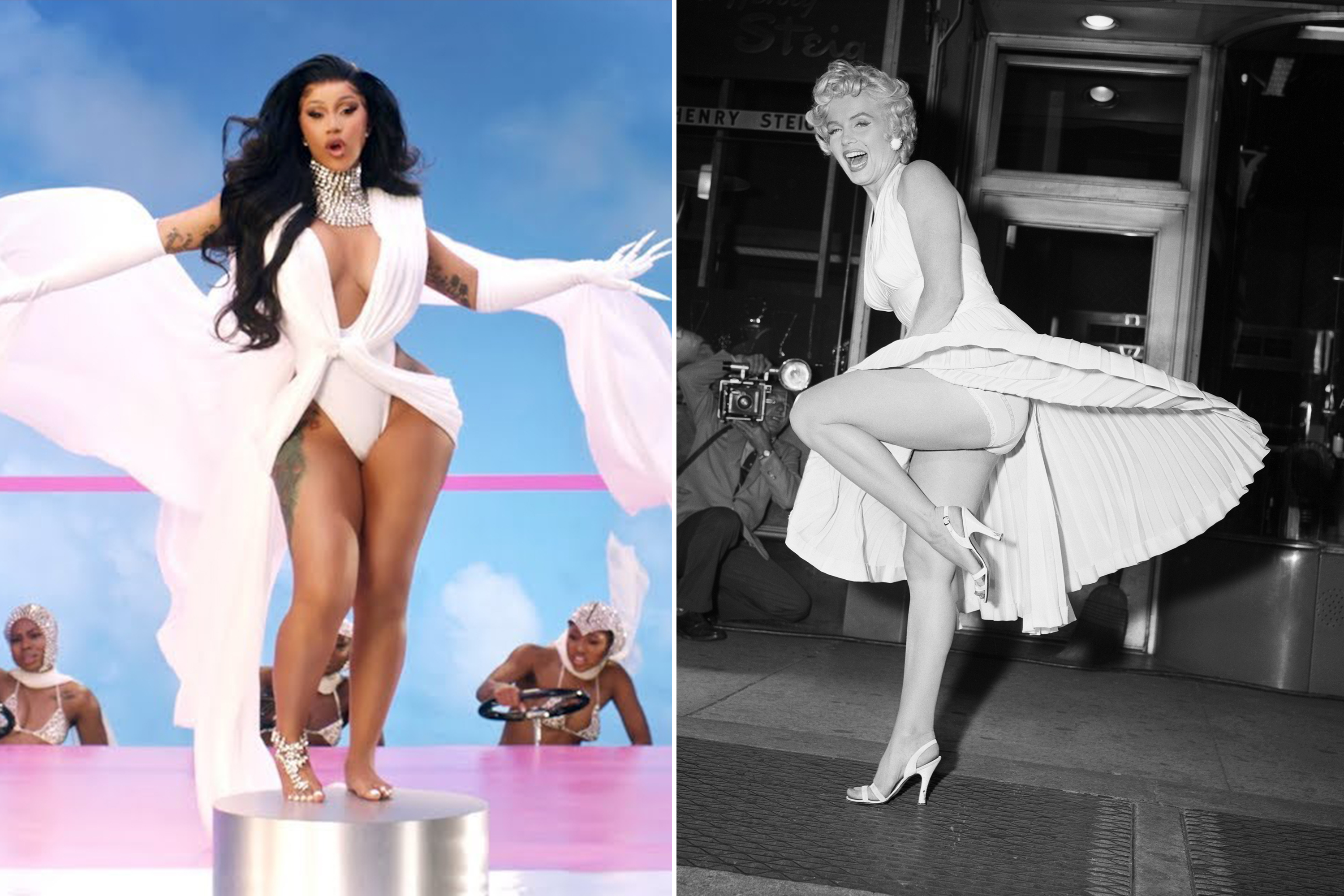 Later on, she shows off some killer choreography in a custom blue velour cone bra and matching lace-up hot pants by Rey Ortiz: a nod to the bust-accentuating Jean Paul Gaultier corset made famous by the “Queen of Pop” during her 1990 Blond Ambition tour.

“Inspired by the master himself @jpgaultierofficial,” Ortiz confirmed on Instagram. “Thanks @iamcardib and @kollincarter for the opportunity to be part of this iconic moment.” 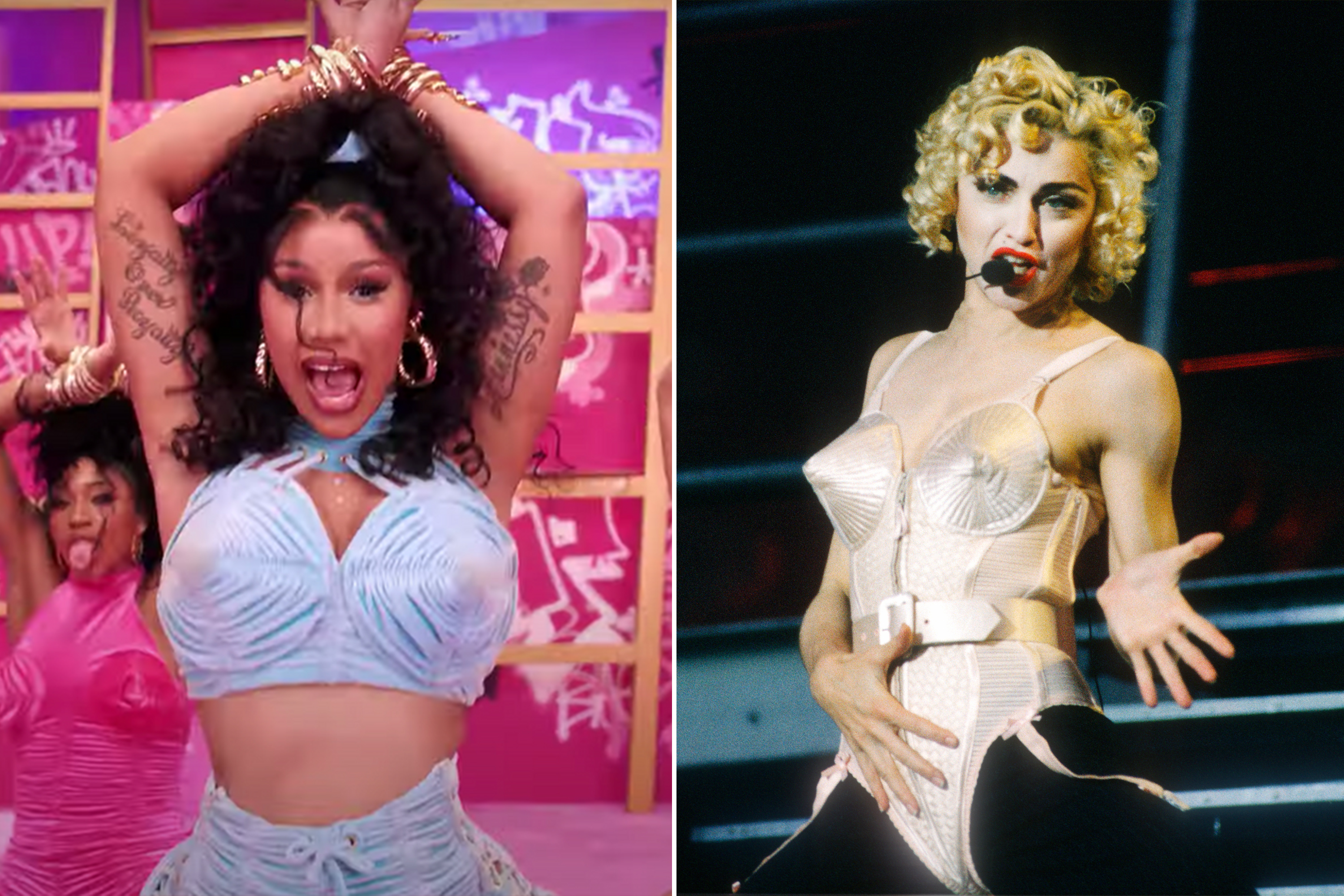 Cardi even goes full “Birth of Venus” in one scene, writhing around in a clamshell in a baroque porcelain corset, hip piece, leg pieces and stripper heels by Joyce Spakman — whose marbled creations sell for up to four figures on Etsy. 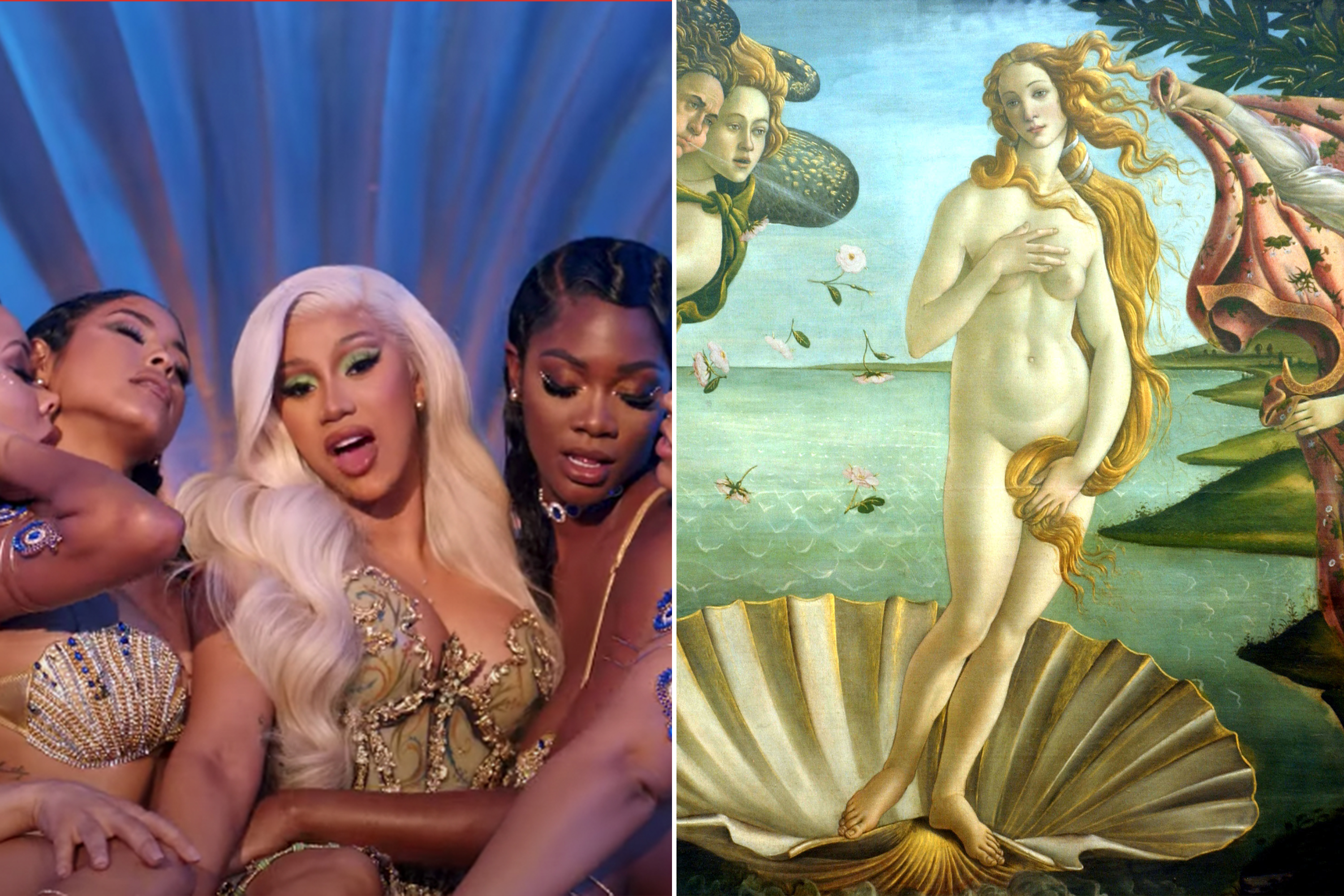 But perhaps the most striking style tribute in “Up” comes toward the end of the video, when the Grammy winner honors late TLC rapper Lisa “Left Eye” Lopes, who died in a car accident in 2002, by donning a studded black leather bodysuit and fringe-trimmed arm warmers near-identical to Lopes’ look in 1999’s “No Scrubs” video.

Clearly, Cardi’s “up” on her fashion — and music — history. 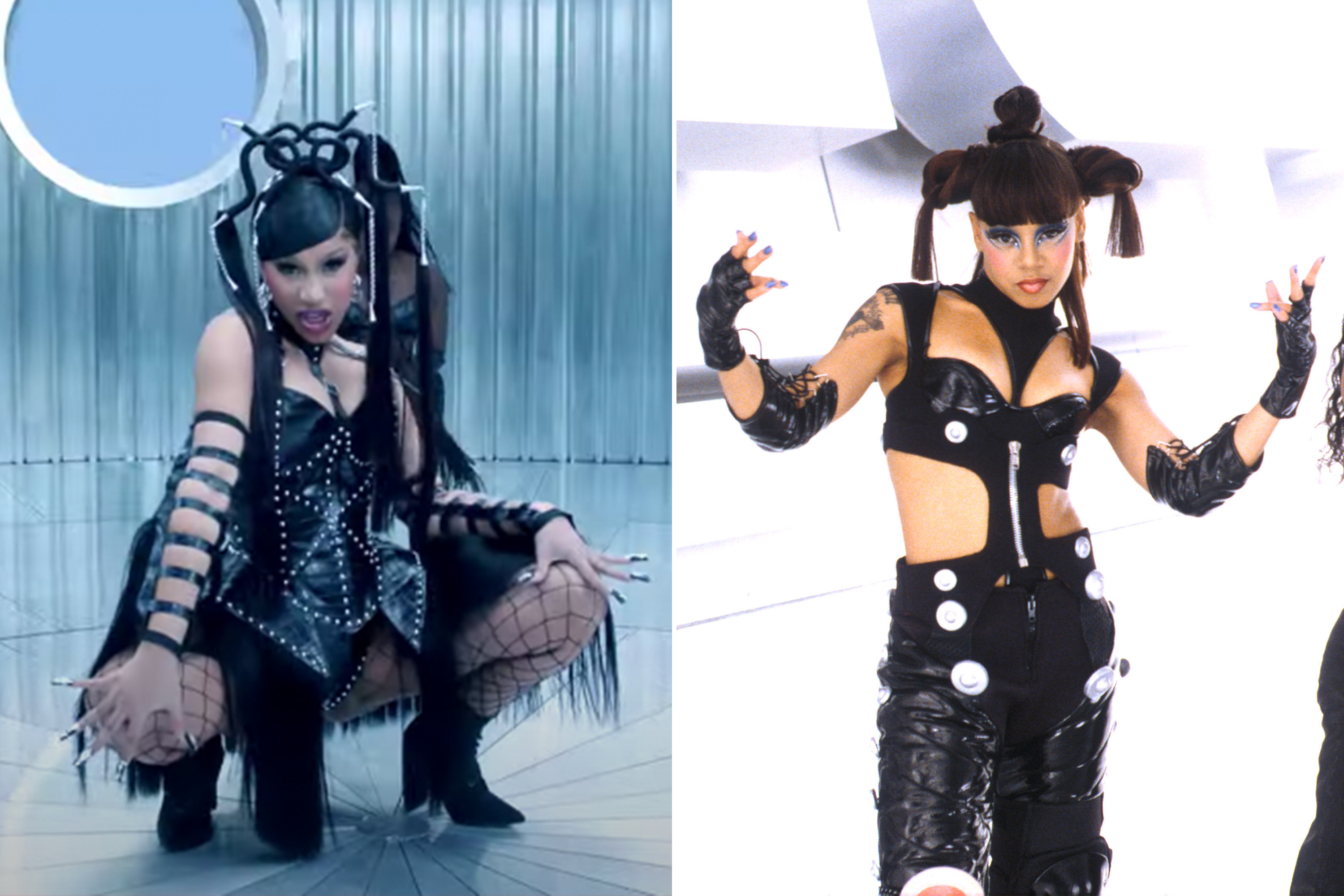