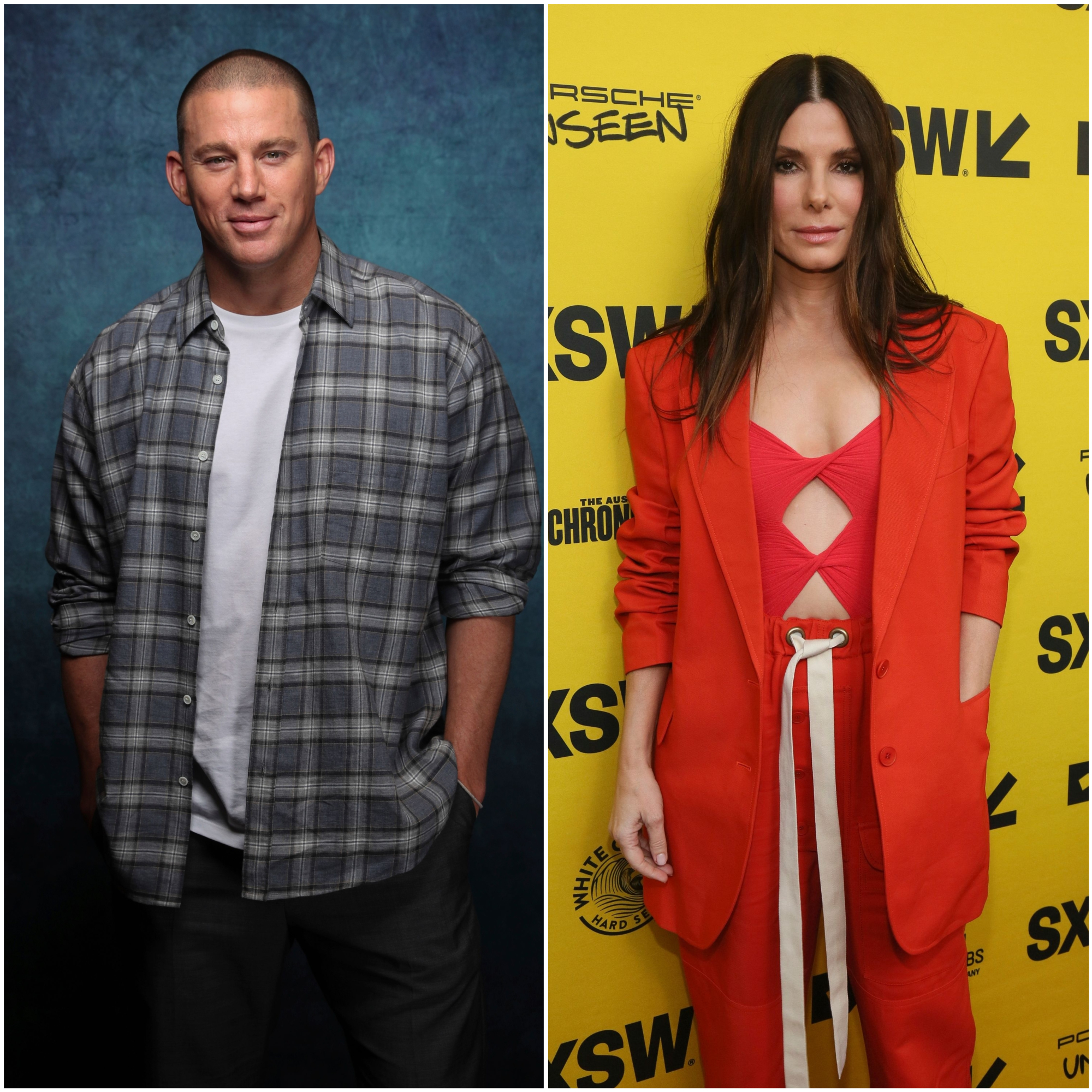 Someone’s in trouble! Sandra Bullock and Channing Tatum revealed that one of their first conversations took place when they were called to the principal’s office — long before they filmed The Lost City together.

“We met through drama, in the principal’s office at preschool,” the Miss Congeniality star, 57, recalled in an interview with The New York Times on Thursday, March 17.

“We were called in together because Everly and Laila were trying to alpha the other one out, and we prayed it was the other’s child that caused the damage,” Bullock explained.

The Lost City stars are both very involved as parents, and the Virginia native has even scheduled a break from acting to focus on Laila and son Louis, 12.

She joked that she’ll be “servicing their every need” during her Hollywood hiatus, and her scheduled will be decided by “their social calendar.”

Filming The Lost City was an opportunity to give Bullock’s and Tatum’s kids some much-needed social time while also getting to make a movie. Due to the COVID-19 pandemic, the movie was essentially filmed in a bubble on location in the Dominican Republic.

“That’s the reason we did this film, so they could have one long, Covid-safe play date,” Bullock told the NYT. “We even brought motorbikes down there. All we cared about is that Everly and Laila were just having the time of their lives.”

The Bird Box star coparents her children with longtime boyfriend Bryan Randall. Bullock praised the photographer, 55, in a November 2021 interview on Facebook’s Red Table Talk and admitted that she has a hard time letting Randall take the lead on parenting.

“I’m stubborn but sometimes I need to sit back and listen and go, ‘You’re saying it differently but we mean exactly the same thing,’” Bullock admitted at the time. “It’s hard to co-parent because I just want to do it myself.”