Suddenly pineapple pizza doesn’t seem that bad! Chicago Town deep pan with sausage and BLUEBERRIES is set to be the new divisive dish

Fruit on pizza has been dividing purists for years, but those who are already horrified by ham and pineapple are set to be further appalled by a new sweet and savoury creation. 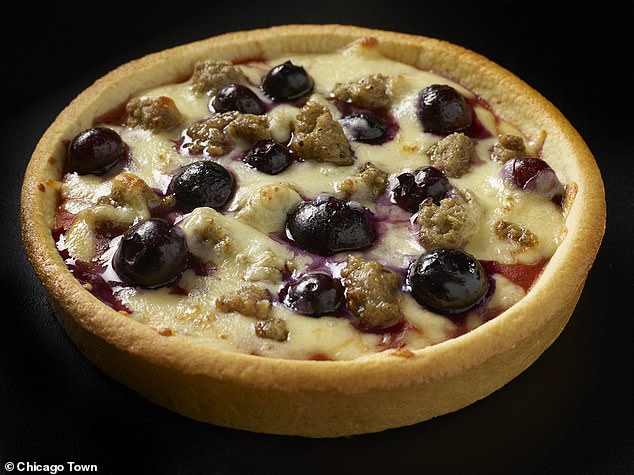 Chicago Town says that it expects the new sausage and blueberry Deep Dish to spark conversation like the classic ham and pineapple.

Rachel Bradshaw, Marketing Manager at Chicago Town said: ‘We’re always looking to excite pizza lovers with new and exciting flavours and concepts, so we keep a watchful eye on the latest trends.

‘The age-old “pineapple on a pizza” debate continues, but it’s so interesting to see this evolve into other wacky and wonderful toppings too.’ 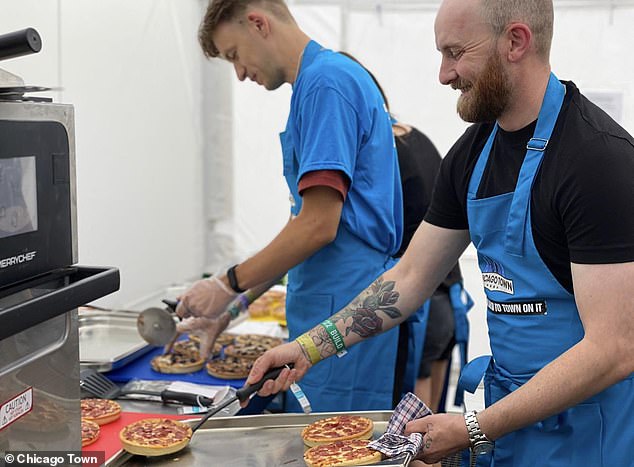 Research has shown that other wacky trends to watch out for in 2022 include spice, via the likes of hot honey, and slow cooked meats, as customers look to jazz up their pizza eating experience 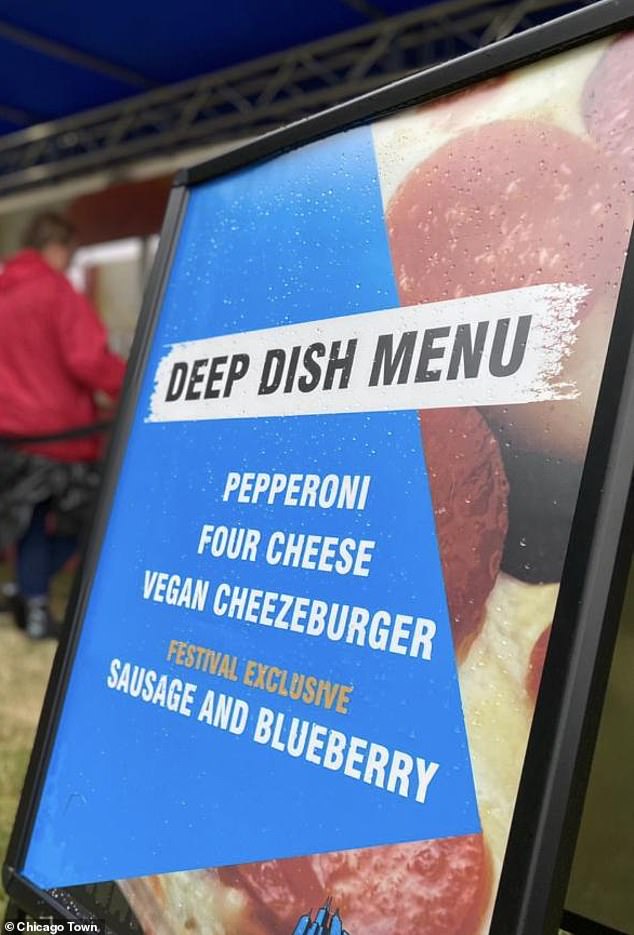 The new creation is likely to horrify Italians, who have long been disgusted by pineapple being added to the traditional dish.

Earlier this month, Domino’s closed its final stoe in Italy after failing to impress in the birthplace of pizza.

Blaming ‘significantly increased competition in the food delivery market’, Michigan-founded Domino’s confirmed that it shut the last of its 29 branches in Italy.

Domino’s – whose global headquarters are in Ann Arbor – had planned to open 880 stores and cook up a two per cent market share in the home of pizza, but lasted just seven years in the European country.

Cultural differences and the strength of existing pizza sellers put a stop to the company’s bold plans before they were oven ready.

Parent company ePizza told shareholders: ‘We attribute the issue to the significantly increased level of competition in the food delivery market with both organized chains and ‘mom & pop’ restaurants delivering food’, Bloomberg reported.

Domino’s presence in Italy peaked in 2021, with 34 restaurants in operation, including five in Rome.

A company representative bragged that their success showed there are some Italians ‘not afraid of putting pineapple on pizza’.

But as independent rivals signed deals with delivery firms such as Just Eat and Deliveroo, Domino’s edge quickly vanished.