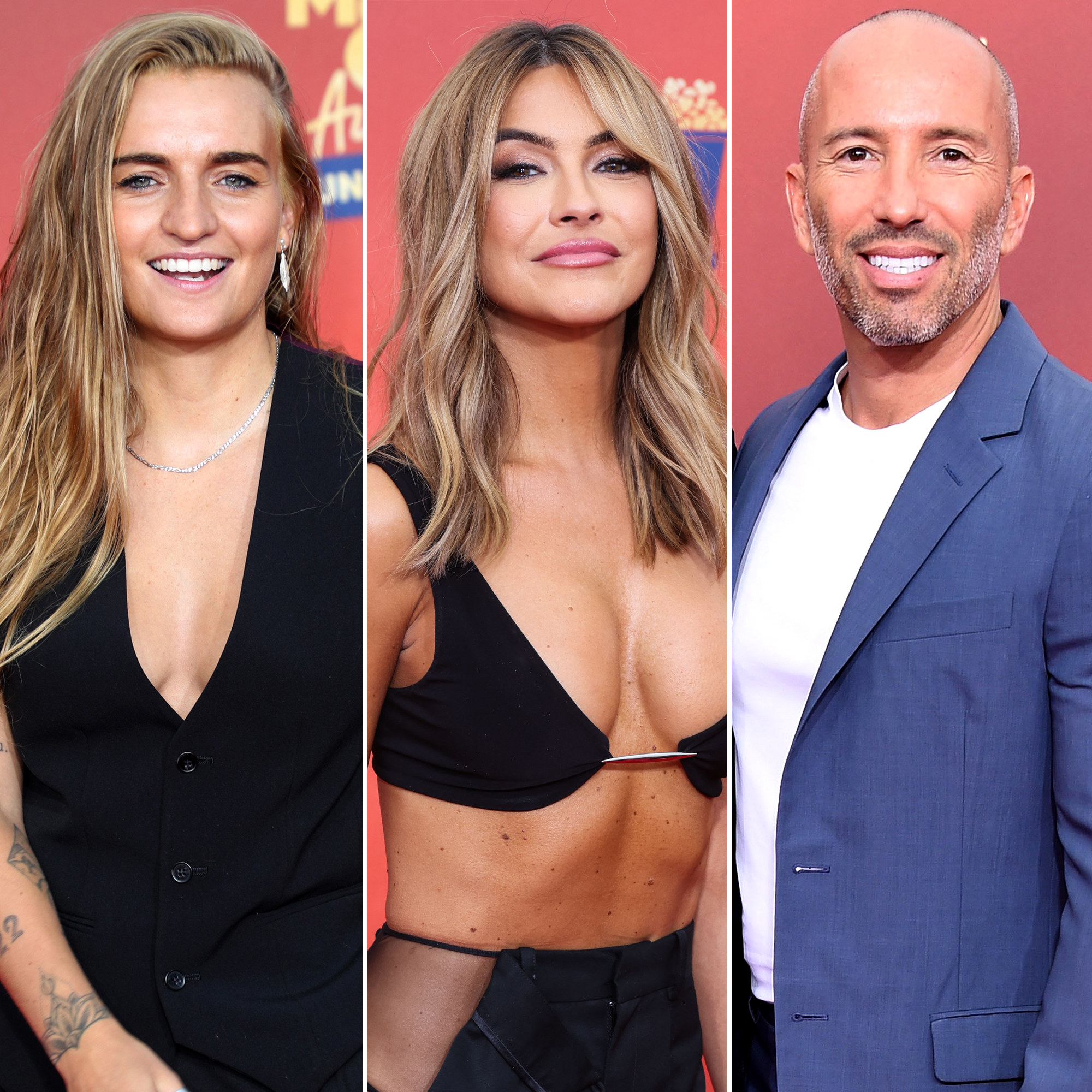 A new friendship? Chrishell Stause and G Flip had a sweet night out as a couple at the 2022 MTV Movie & TV Awards — with the reality star’s ex-boyfriend Jason Oppenheim also there to join in on the fun.

Everything to Know About the MTV Movie & TV Awards 2022

“My #SellingSunset heart just isn’t ready for #MTVAwards moments like this 🧐,” the official account for the network captioned a video of the trio sharing a huge ahead of the unscripted awards show on Sunday, June 5. In the clip, Stause, 40, was seen mouthing, “What is happening?” at the camera.

The unexpected moment came just one month after the former soap opera actress took her new romance public. Stause revealed that she was dating the Australian rapper, 27, during the reality show’s season 5 reunion last month. “[I’ve been] spending a lot of time with someone that’s very important to me,” adding that G Flip is nonbinary and uses they/them pronouns.

“I think I was probably as surprised as anyone. Nothing’s really changed for me, I’m still very attracted to masculine energy and a good human. I heard people talk about these things and they’re like, ‘I knew from a young age.’ That’s not me,” Stause explained during the reunion special, which premiered in May. “I’m just, I’m very open to good energy. I don’t know what my future holds. … I know being in this position, we get judged constantly, but at the end of the day, I’m so happy.”

The Under Construction author‘s costar and ex-boyfriend, 45, wished the new couple well in the wake of the announcement. “They seem like a badass, for one,” the real estate broker, who announced his split from Stause in December 2021, said at the time. “And two, the smile that’s been on your face the last couple [of] minutes makes me very happy. So I’m proud of you.”

A few days later, Stause addressed the comments on her sexuality, explaining she and G Flip connected on a “deep” level after meeting on the set of their “Get Me Outta Here” music video. “For me, it is about the person. It is about their heart. I am attracted to masculine energy and I don’t really care about what the physical form is,” the former soap opera star said via Instagram in early May. “With G, they identify as nonbinary. They really feel like they are a mix. They identify on both sides of male and female.”

She continued: “I personally find [it] such a beautiful mix and it’s probably why we did connect on such a deep level so quick.”

The duo’s connection was so intense that G Flip confessed that confessed that they were already thinking about children with Stause. “I definitely see children in my future,” they said during an appearance on the “PEOPLE Every Day” podcast last month. “Right now, me and Chrishell know where we are in the stages of our lives. And we’re very transparent about that.”

They added: “I love children. I was a music teacher for years before I became a session drummer and then a solo artist. So I was like, ‘I’ve always loved kids and, yeah, definitely one day that’ll be in the future.’”