Home » Lifestyle » Christopher Lloyd Suits Up as Doc Brown for Back to the Future Series: 'It Was Kind of An Adventure' (Exclusive)

Christopher Lloyd Suits Up as Doc Brown for Back to the Future Series: 'It Was Kind of An Adventure' (Exclusive)

Inside the actor’s search for his iconic Back to the Future car with Josh Gates.

Christopher Lloyd is back in action as Doc Brown in a new series for Discovery+ — and he didn’t need a flux capacitor to do it.

The actor reprises one of his most famous roles for “Expedition: Back to the Future,” a four-part series in which he and explorer Josh Gates travel across the country to track down a screen-used DeLorean in the hopes of donating it to the Michael J. Fox Foundation. The show finds Lloyd playing both an exaggerated version of himself and his on-screen alter-ego, as he reconnects with some of his costars — including Fox and Lea Thompson — to find the long lost car. 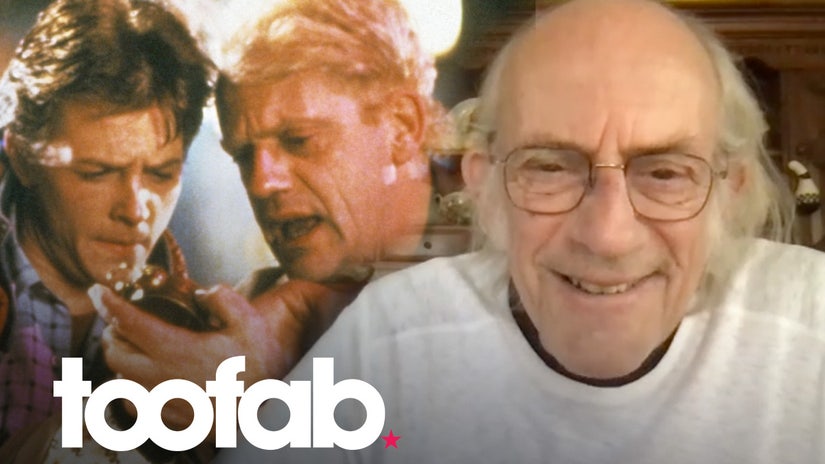 “Initially, it just seemed like an interesting project,” Lloyd told TooFab ahead of the premiere. “I mean, for Doc Brown to come back and be in present time … I was intrigued by being Doc Brown and also being Chris, and how that was gonna work out and what that would mean in various ways. So, it was kind of an adventure.”

While Lloyd has been living in the world of “Back to the Future” for 35 years now, the whole experience was an eye-opening one for Gates, whose enthusiasm throughout the series is just infectious. The 83-year-old acting legend admitted he was “concerned” whether they’d hit it off, but those concerns quickly ebbed.

“Before I met Josh, I really didn’t know that much about him that I could go on. So, I was wondering, that’s so important, that chemistry there had to really work for the whole thing,” explained Lloyd. “And then I met him and it suddenly it just seemed instinctive. The chemistry just seemed to be in place without having to change our shape.”

The first “Back to the Future” film was released back in 1985 and spawned two sequels — Part II in 1989 and Part III in 1990 — as well as an animated series, video game, theme park rides, a short-lived comic series and even a stage musical. While a ton of ’80s projects are currently finding new lives in the 2020s, director and cowriter Robert Zemeckis has been adamant about not rebooting it in any way without Fox returning as Marty McFly, something on which Lloyd previously cosigned.

Though there may not be any future installments in store, for now, the trilogy’s legacy has lived on longer than anyone involved initially expected. When asked whether he’s surprised he’s still talking about the series so many years later, Lloyd said that was a question he’s gotten nearly every anniversary for the films.

“I guess it’s just going to go on and on and on. I’m very fortunate, very proud to be part of it,” he told TooFab. 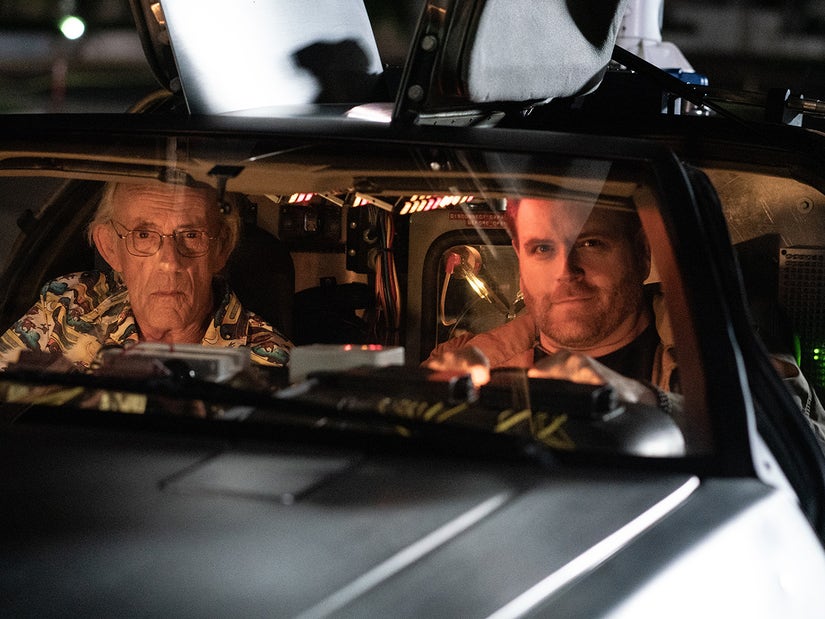 As for the secret of the franchise’s enduring success, he once again brought up the relatability of both Fox and the character of Marty.

“‘Back to the Future,’ it’s Michael J. Fox, his mom and dad. It’s a family picture and they go through some surprising times themselves,” he explained. “All families have that in one way or another. You know everyone relates to that. Everybody relates to Michael J. Fox as a teenager, going through school.”

“Everybody has, at one point in their lives, or more, [gone], ‘Gee, I wish I could be here 30 years from now, or I wish I could go back to the Roman Empire or something,'” he added. “So, here we got it. We got the flux capacitor, we’re on our way!”

In the middle of the “Back to the Future” films, Lloyd also starred in “Who Framed Roger Rabbit” as the truly terrifying Judge Doom. Between the character’s sinister look, penchant for throwing toons into ‘The Dip’ and those creepy, animated eyes, he’s one of the freakiest movie villains out there — and a far cry from his work as Doc Brown.

“I love it,” he said when asked about playing one of the most beloved and also one of the most feared characters of the ’80s. “I get a script, and I look it over and I see, ‘Oh, I can do this. I can do that,’ you know, create a whole different persona. In so many ways, that’s what I do. So I love it when the chance comes up.”

He went on to joke that Jessica Rabbit was his favorite female costar, before talk veered into another of the actor’s best roles: Uncle Fester in the “Addams Family” films. While Tim Burton is working on a new live-action series revolving around a teenage Wednesday for Netflix, it was the first Lloyd had heard the news — and simply said he’d have to “investigate” it himself for more details.

While he’ll always have his memories of all these iconic films, Lloyd doesn’t have many physical trinkets to show for them. On the first episode of “Expedition: Back to the Future,” he reveals the only item he took from the set of the three films was one of Doc’s Hawaiian shirts. If he could travel back and take something now, his answer an easy one: “A DeLorean.”

Though he may not have one in his driveway, being able to track one down and donate it for a good cause — Parkinson’s research — is something that makes Lloyd so happy.

“Michael, to me, he’s such an extraordinary person in so many ways. He’s somebody to live up to,” he said. “I love him, and of course he’s in the show at a certain point. I’m so happy to be doing this knowing that it’s going to contribute a DeLorean to the Foundation and help raise more funding for research.”

The series is streaming on Discovery+ now.