Home » Lifestyle » Cloudstreet: Immerse yourself in this reinvigorated Australian classic

Cloudstreet: Immerse yourself in this reinvigorated Australian classic

Two decades have passed since Tim Winton’s Cloudstreet was first adapted to the stage, and we can thank the Malthouse for this fast-flowing, immersive revival. 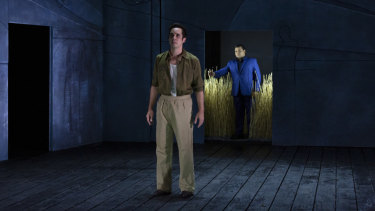 Everyone should have the chance to experience this Australian classic told and retold. Anything less risks foundering on the rocks of cultural cringe: a phenomenon Winton located not primarily in a colonial inferiority complex, but in the bad faith of those who benefited from colonisation, who formed communities in haunted houses, on stolen land, learning "to so spurn the past – or perhaps fear it – that the slate must be wiped clean for each new generation".

Cloudstreet as theatrical epic has different virtues to the novel but plays with such finesse to the strengths of live performance that it stands alone as a compelling achievement. 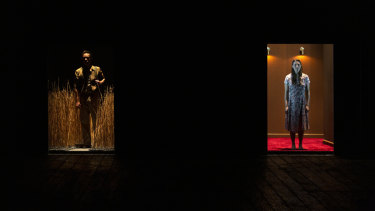 In this production, the saga is shadowed more strikingly by the architecture of gothic fiction. Two working-class families, the Pickles and the Lambs, collide in a sprawling Perth house with a traumatic history: the immense suffering of stolen generations haunts the foundation of what will become a home only by shared struggles and stories, and the tragicomic texture of lives lived cheek by jowl.

A spectral choric frame hovers behind the action in Noongar ghosts, which are only seen and heard by the damaged Fish Lamb (Benjamin Oakes). His tragic sea-change – he nearly drowned as a boy, and was brought back different by what his deeply Christian family calls a "dud miracle” – is portrayed in a blind, expressionistic panic.

Inspired design captures the tide of suburban life unfolding in post-war Perth, though the aura of magical realism that should emanate from Fish to wash over the tumult of the domestic drama isn’t as strong as it might be. 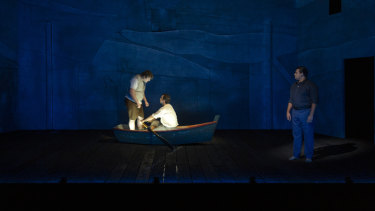 Yet these characters impress themselves upon you with flickering insistence in a way that engages your sympathies and keeps you utterly absorbed. The performances range in individual ability but, considered as an ensemble, they thrive.

Natasha Herbert has all the allure, pathos and vicious calamity you could ask from the alcoholic Mrs Pickles, and nails the vulnerability under it all. Her counterpoint, Alyson Whyte as hard-working and religious Oriel Lamb, provides a moving study of devotion tested – a luminous portrait of pragmatism entwined in overpowering love, with undeserved suffering that prompts a monastic withdrawal and a blazing return from the wilderness. 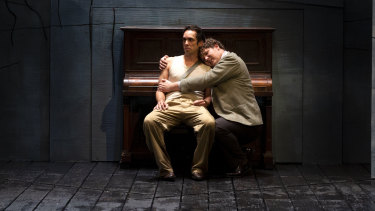 Greg Stone as Mr Lamb draws a good-natured, gentle man with self-deprecating understatement – a clownish underline that transforms into piercing gravity in defence of his wife’s faith; Bert Labonte’s Mr Pickles proves an affectionate sketch of a recessive working man, reduced to helplessness in the face of fortunes both good and bad.

Brenna Harding and Guy Simon as Rose and Quick, respectively, embrace the emotional core of the story, each developing a richly articulated sense of two children growing up in adversity, questing elsewhere to find themselves, and back again to find each other.

There are many other actors rounding out the ensemble, and although not everything shines, it all gels with a rare sense of purpose, occasion and generosity; of actors working as if they were part of one great enterprise.

Matthew Lutton directs with an enviable command of pace and, for the most part, clarity of exposition. The design highlights and supports the actors, and if some more self-conscious moments of grandeur can break the surface, they only highlight the degree to which we’re generally immersed in their world.