KELLOGG'S fans are fuming after several stores have completely run out of stock of the new white chocolate Coco Pops, just five days after launch.

Shoppers say supermarkets in Sheffield, Cheltenham, Devon, Southampton and Aberdeen have already completely sold out of the cereal. 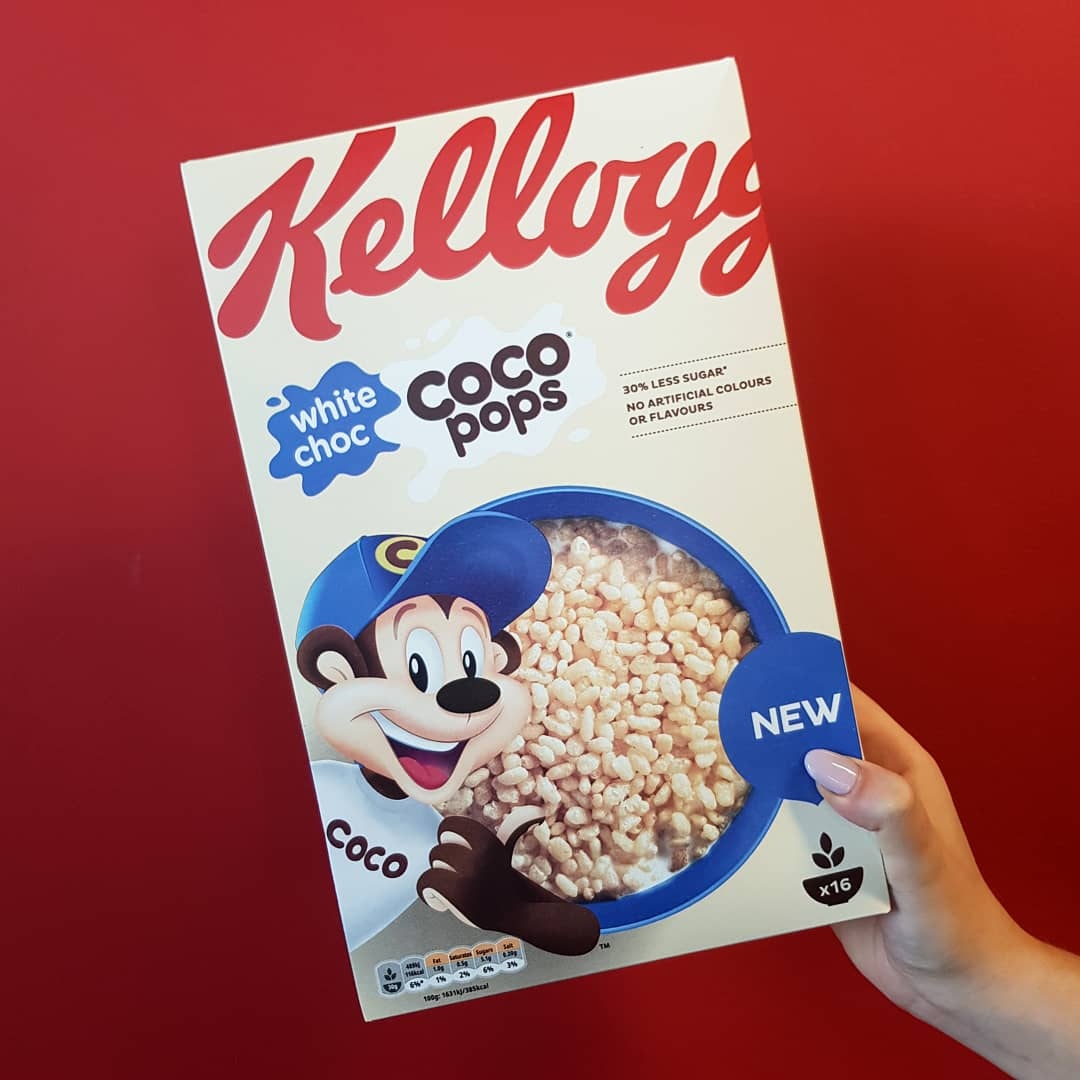 In other areas, boxes are flying off the shelves and lots of supermarkets now have a very limited supply.

On top of that, some budding entrepreneurs are selling boxes on eBay for a whopping £8, although it doesn't appear any have sold yet for this price.

That's three times the £2.99 price you'd spend in Tesco and quadruple the £2 price in Asda.

But disappointed shoppers have taken to Twitter to complain about not being able to get their hands on a box of the new cereal. 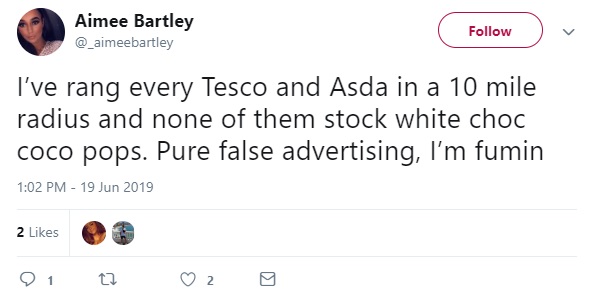 Stephanie said: "Hey do you know if any stores in Lanarkshire area have the white choc Coco Pops? Checked a couple and no luck. @AsdaServiceTeam".

Asda replied saying that some should be available in those stores next week.

Aimee has less luck. She said: "I’ve rang every Tesco and Asda in a 10 mile radius and none of them stock white choc Coco Pops. Pure false advertising, I’m fuming".

And Connor had the same issue. He said: "Ngl [Not going to lie] I’ve been to two Tesco’s and two Asda’s searching for these white choc Coco Pops and there are none!

One fan even contacted the company on Instagram to say they had travelled 40 minutes to get hold of the white chocolate treats.

While Paul said: "Productively using my day off to hunt for white choc Coco Pops".

Some customers have sensibly started tweeting at supermarkets hoping to find some in stock.

Even celebrity fans are getting frustrated.

James "Diags" Bennewith – who shot to fame on The Only Way is Essex (TOWIE) said on Twitter: "Where are the white Coco Pops?!" posting a picture of empty shelves. 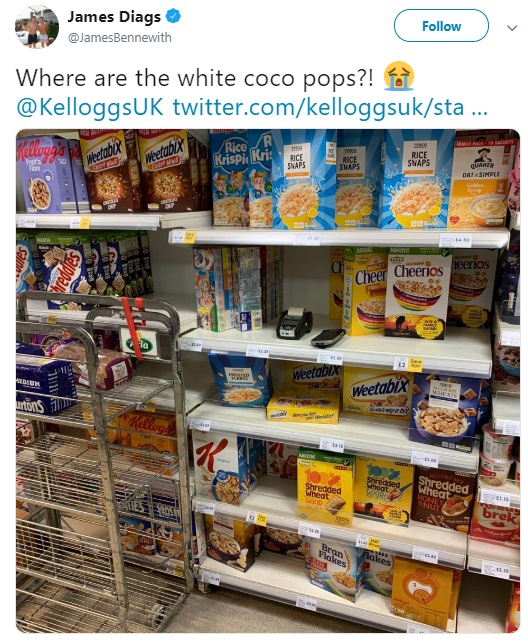 The Sun understands there should be more boxes available in Tesco over this weekend, but they're likely to disappear fast.

But Kellogg's says it's doing everything it can to get boxes back in the supermarkets as soon as possible.

A spokesperson commented: "Our food developers created this cereal in response to pleas from Coco Pops fans but didn’t expect it to start to sell out in just a few days.

“We apologise to anyone unable to get a box of our tasty new cereal.

"The Kellogg’s factory in Manchester is working hard to get more boxes out to the supermarkets soon.”

The cereal is made using real white chocolate (6.5 per cent) so the Coco Pops taste really chocolatey.

The new cereal went on sale earlier this week and it's the first time white chocolate Coco Pops have existed in over 50 years.

And Weetabix has been revealed as making Asda and Morrisons’ own-brand fruit and fibre after a cereal recall.