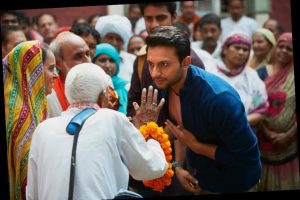 Amazon Prime Video original Hindi series Tandav has come under fire in India over its depiction of Hindu gods and goddesses.

According to reports from the country over the weekend including in The Hindu Times, the Ministry of Information and Broadcasting has contacted the streamer to request an explanation of the show’s religious content after MP Manoj Kotak called for it to be banned.

Kotak posted a letter on Twitter that he penned to Prakash Javdekar, Minister of Information and Broadcasting, in which he suggested the content of the series was “deliberately mocking Hindu Gods and disrespecting Hindu religious sentiments”.

In the letter, which you can read below, he also called for “urgent” regulation of OTT platforms in India, claiming that they were “taking undue advantage” of being free from authority censorship. He added that streaming content was “full of sex, violence, drugs, abuse, hate and vulgarity”.

Created by Ali Abbas Zafar, political drama series Tandav stars Saif Ali Khan in a story that attempts to take viewers inside the capital city of the world’s largest democracy, exploring the inner workings of Indian politics. It was released on Amazon Prime on January 15.

A police complaint has also reportedly been registered against the show’s producers and Amazon regarding the perceived issues detailed above.

“After watching the series, it was found that in the 17th minute of the first episode, characters playing Hindu gods and goddesses have been shown in an uncharitable way and using objectionable language, which can incite religious tension,” the complaint read, according to a report in Indian Express. “Similarly, in the 22nd minute of the same episode, efforts have been made to ignite caste clashes with casteist remarks. The person holding a dignified post like that of Prime Minister has been shown in a very derogatory manner in the web series.”