Home » Lifestyle » Could YOU go through January without spending a PENNY?

Could YOU go through January without spending a PENNY?

Could YOU save £800 in January? Experts reveal clever budgeting tricks – from writing down what you want to buy instead of reaching for your wallet and only spending on two days of the week

A super-saver determined to retire early has lifted the lid on the sacrifices she makes each January after vowing not to spend a penny during the month.

Nicola Richardson, 35, from County Durham, has taken part in the growing social media trend No Spend January five years in a row, in which she vows not to pay for any non-essential items.

The mother-of-two told BBC she overpays her mortgage by £100 and puts £700 into investments with the savings she makes, revealing: ‘I track no spend days – that’s no eating out, no takeaways, no coffees, no alcohol, no paying for anything that isn’t the bills and the food shop.’

Meanwhile financial experts told FEMAIL the challenge has become more popular than ever, with Kevin Mountford, co-founder of savings platform Raisin UK, revealing: ‘No Spend January is a huge trend that we see every year, and 2022 is no exception to that.

‘After an expensive festive season, many Brits this year are tightening their belt and are cutting down on luxuries with the aim to save some extra cash.’ 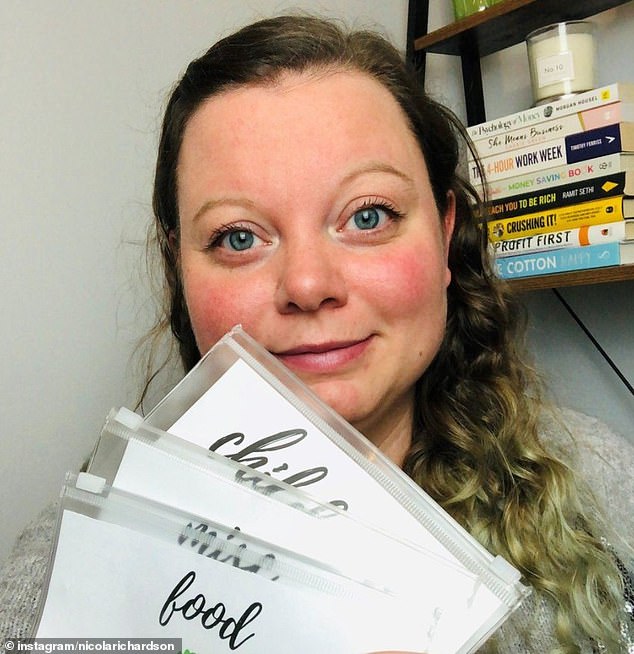 Nicola Richardson, 35, from County Durham, has taken part in the growing social media trend No Spend January five years in a row, in which she vows not to pay for any non-essential items 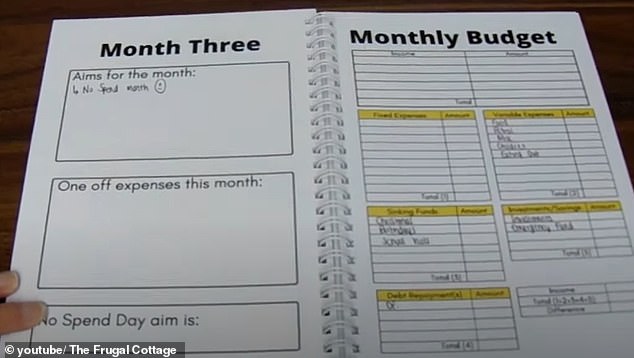 Nicola said she even tries to keep her food shops to a minimum, and instead relies on leftovers which she keeps in the freezer.

She feels the  challenge can help her get her expenses back in check after a more expensive December.

She and her husband follow the financial independence, retire early [FIRE] formula.

It is an idea born in the US – has been inspiring thousands in the UK to achieve the ultimate aspiration of giving up work by saving a nest egg equivalent to 25 times your annual salary to retire early. 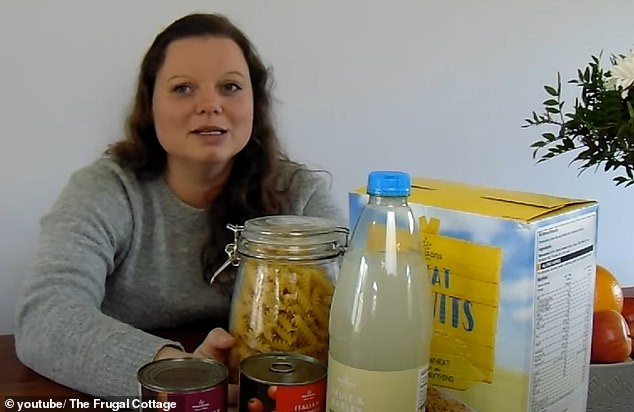 Nicola said she even tries to keep her food shops to a minimum, and instead relies on leftovers which she keeps in the freezer

Experts in the movement, which promises to help anyone go ‘from broke to never needing to work again’, say workers should save anywhere between 50 and 75 per cent of their salary each month. Savings should be invested in property and low-risk shares for between 10-20 years, with the profits banked each year.

At the same time, workers are encouraged to use the remaining part of their monthly income to pay off a mortgage. This leaves very little extra for outgoings.

Some compare the approach to the 5:2 diet. For five days a week, savers do not spend a penny and only allow themselves to have any outlays on the other two days.

In order to save as much as possible, Nicola creates five weekly budgets for different expenses and places the cash into five different envelopes.

Meanwhile Sam Grayer also takes part in the challenge each year, and has done so for the past four Januarys (pictured)

She explained: ‘We don’t drink alcohol so that’s not a big one for us. And because the days are short and the weather is awful we don’t mind staying at home.’

Meanwhile Sam Grayer also takes part in the challenge each year, and has done so for the past four Januarys.

She said: ‘I apply it to anything I don’t absolutely need like clothes, skincare and candles.

‘I keep a list of anything I am tempted to purchase during January and then at the end of the month I review that list.

Delete your Apple-pay and adopt a cash envelope system

Kevin Mountford revealed: ‘You may have seen these videos on TikTok, and it’s where you use some paper envelopes to organise your budgets and to save a set amount over the month.

‘These envelopes are then filled with a budget for each category, and your job is to stick to what’s in the envelope.

‘Another method is to number the envelopes as the date of the month.

‘On day 1, you’d put £1 in the envelope and increase the amount going in to mirror the date.’

Only buy the essentials

‘Many people stop purchasing takeaways, whilst others kick the commuter coffee habit (less Costa, and more instant coffee in a reusable flask).

‘If you are participating in Dry January, it’s also a good time to save the money that you would have been spending on alcohol.’

The co-founder of savings platform Raisin UK explained: ‘As a nation, we are incredibly brand loyal.

‘Whether it’s the Asda Pocket Tap or the Tesco Clubcard prices, many of us will go to the same supermarket for our food shops.

‘January could be a great month to try out more budget-friendly supermarkets, and to shop around for the best deals.’

Meanwhile Managing Director of MWB Solutions Warren Whitfield advised: ‘Look through what you have in your kitchen drawers, try to use up old products that have been sat there a good while and see if you can skip one weekly food shop, just using up old items.

‘This won’t work for everyone, but it can be amazing, especially if you have packs of products you don’t commonly use, such as a pack of lentils, cous cous or quinoa which have been at the back for years.’

Kevin added: ‘Whilst the meal deal makes for a fantastic and convenient lunch, it is rather costly!

‘Whilst we all have our favourite combinations, and people have the trick of going for the more costly meal deal items to get the greater saving (sourdough sandwich, innocent smoothie, and a packet of crisps), going for a meal deal every day could be costing you around £60 a month!

‘Instead, plan your meals and make your lunch in advance.

‘You can easily create your own sandwiches and at a fraction of the cost.’

Hunt for discounts and yellow stickers

Kevin explained: ‘If you have been in a supermarket past a certain time in the evening, you may have witnessed the crowd, and sometimes a fight, for the reduced yellow sticker items.

‘If you are wanting to go on a tight budget, these reduced items can be ideal!

‘Check to see if the product is freezable and then you can work out if the reduction is worthwhile.’

Sort through your wardrobe

Kevin advised: ‘New year, new me doesn’t mean you have to get a new wardrobe.

‘Whilst there is pressure to look your best and start the new year “right”, it’s time to go through your clothes and see if it’s something you can dress up or down, layer or make suitable for both going out for dinner, but also to work.

‘Whilst your emails will be full of January sales, it’s important to consider the cost per wear.’

Cut down on subscriptions

Kevin said: ‘From TV streaming subscriptions to gym memberships that you aren’t really planning on using, now is a great time to sit down and look at the list of subscriptions and direct debits leaving your account every month.

‘This housekeeping of your bank account will only take a few minutes of your day, but when kept on top of could see you saving hundreds from unused subscriptions.’

Meanwhile Warren added: ‘Most of us forget some that we’re signed up to, much like a gym service, paying each month without using it.

‘These apps and websites will often have a section where you can see your rate of usage, which can help to shine a light on whether you’re using them or not.’