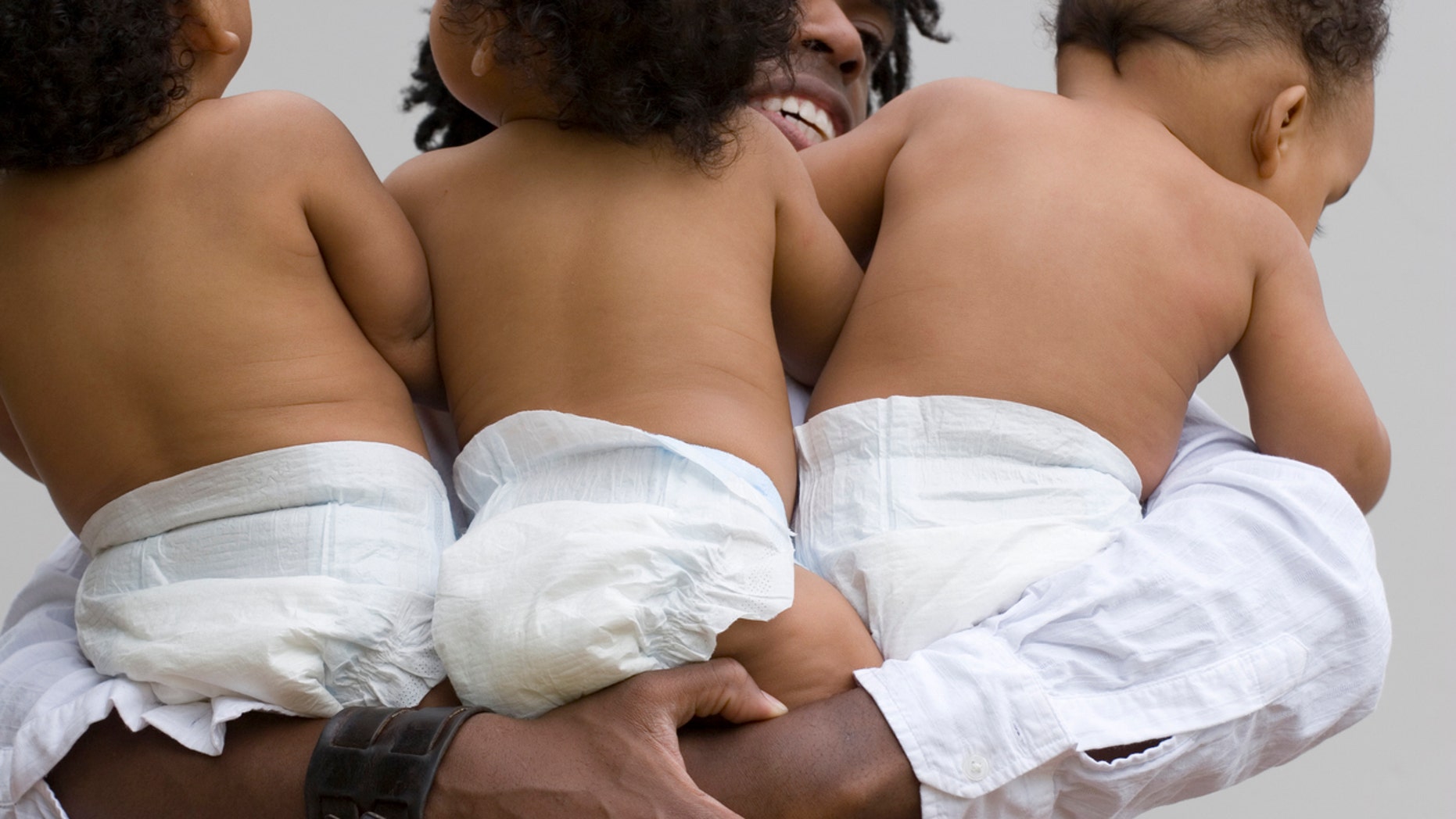 Maria posted the now-viral video of triplets Elliot, Elijah and Sophia (the boys are identical twins) to her Facebook in May.
(iStock)

These triplet tots staged a coordinated raid on the family fridge — and Dad could barely keep up.

“Noo,” said exasperated dad Xavier Rogers, as, for the umpteenth time, he scooped up one of his kids on their crawl en route to the refrigerator. Just as he got one baby out of the way, another made it to the bottom shelf.

“Just a normal day over here lol,” mom Maria, 21, captioned a video of the children’s adorable refrigerator assault. “I love that Xavier has way more patience than me.”

Maria posted the now-viral video of triplets Elliot, Elijah and Sophia (the boys are identical twins) to her Facebook in May. Xavier and Maria have been recording their tiny comedians since before they were born in April 2019 and posting the clips to a YouTube channel called Rogers 3x Family.

The San Antonio, Texas, family has used the channel to document the babies’ gender reveal, delivery, name reveals and updates, including when the babies met for the first time on Mother’s Day.

“It’s crazy, he’s like a whole pound bigger than his brother,” Maria observed in the video, as the babies lay in her lap.

The kids have proved far from camera-shy, and their happy parents have taken advantage of it, comprehensively documenting their childhood, from their first birthday to their first road trip to Austin and meeting Santa.

In another moment of uplifting Texan triplet news during the coronavirus pandemic, a pregnant woman beat COVID-19 — and then delivered three healthy babies weeks later.

“As a mom, you want control, but right now, you have to accept that you don’t have control of everything,” said the new mother of triplets in a Facebook post.

“Meet the #firecracker who beat #COVID19 during her 3rd trimester then delivered healthy #triplets with an attitude brighter than fireworks on the #FourthofJuly,” the hospital wrote next to the mom’s photo.