DAN HODGES: Starmer lacks belief, drive and hunger. And the British people can smell it…

It was a no-brainer for Sir Keir Starmer. One of his party’s most high-profile new MPs had just appeared on national TV and refused to join the local Labour Mayor, local Labour MPs and her own leader in condemning the explosion of rioting in Bristol.

‘I don’t want to see violence being perpetrated against anybody,’ said Nadia Whittome. ‘But, as I say, I am not going to get into condemning protesters when we don’t know what has happened yet. 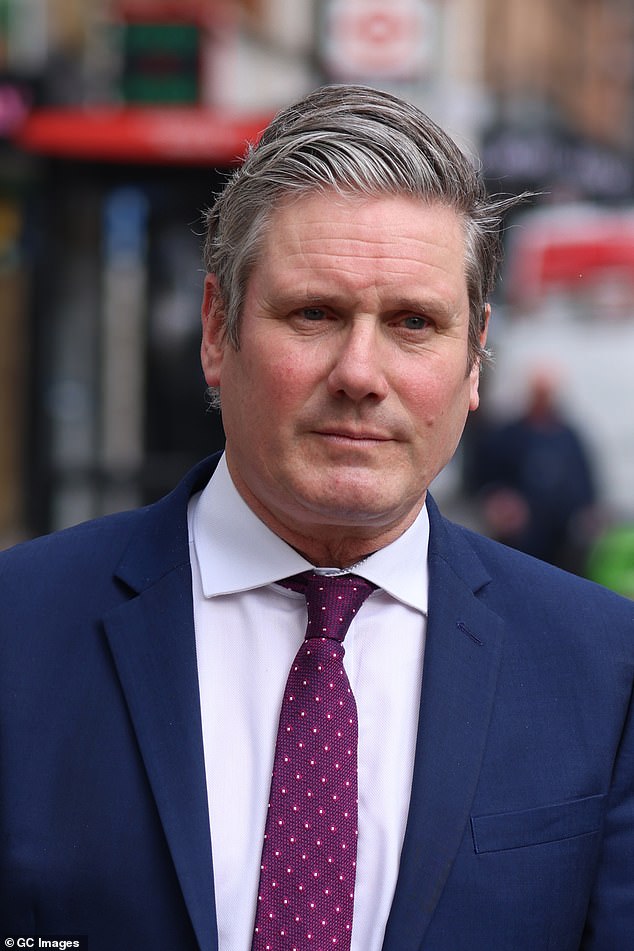 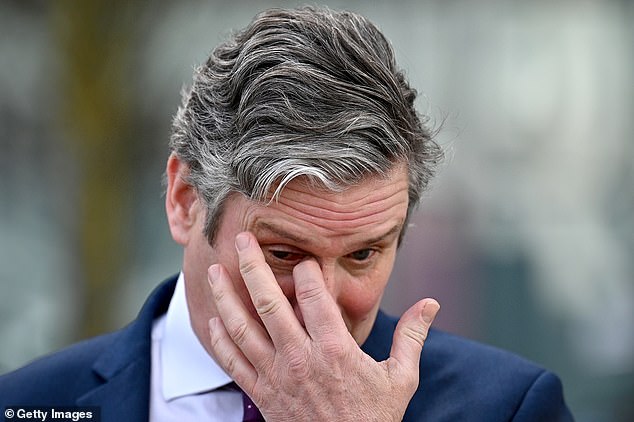 Speak to Starmer’s inner circle and their strategy is clear. Put as much clear red water between him and the poisonous legacy of his predecessor

Given Starmer’s purported commitment to dragging his party out of its Corbynite cul- de-sac, it seemed only a matter of time before he ordered his wayward colleague to issue a clear statement of condemnation. But he didn’t. ‘Keir thought this one was better dealt with by getting Marvin [Rees, the Bristol Mayor] and Thangam [Debbonaire, a Bristol MP] to have a chat,’ said a source. ‘He didn’t agree with Nadia’s comments. But he thought it was best to handle this quietly.’

I’m told there were a number of reasons Starmer opted to hold back. One is that, despite the fact Whittome is from the hard Left of his party, he rates her. She is also popular with backbenchers. And, crucially, she took a principled stand against antisemitism. While others ducked for cover, Whittome accepted the Equality and Human Rights Commission’s report into Labour antisemitism in full, and criticised Jeremy Corbyn for his own self-serving response. ‘She was useful to Keir over that,’ says another Shadow Minister.

Which is admirable. Suspending Corbyn and getting to grips with Labour’s sordid antisemitism is one of Starmer’s biggest achievements as he approaches his first anniversary as leader. But it also highlights a significant problem. Which is, it’s hard to pinpoint his other big achievements.

When I asked a close ally, they cited his appointment of a new General Secretary and extension of control over Labour’s ruling National Executive Committee. But these are administrative matters – not likely to set the pulses of voters racing, while ensuring your party isn’t irredeemably racist shouldn’t require plaudits.

The reality is that as he enters his 12th month as Opposition leader, Starmer isn’t offering the country much more than the slogan, ‘We don’t hate the Jews any more – Vote Labour’.

The saga over the Police and Crime Bill is a case in point. Starmer initially took the decision to abstain on the legislation to – in his mind – communicate that his party would no longer be weak on law and order.

But following the appalling scenes at the Sarah Everard vigil, he changed tack, declaring he would vote against. At which point, a number of his MPs surged out across social media, egging on those taking to the streets against the Act. The result? The public saw Labour MPs aligning with a masked mob burning police vans and chanting ‘Kill The Bill’.

Speak to Starmer’s inner circle and their strategy is clear. Put as much clear red water between him and the poisonous legacy of his predecessor. Yet the pattern of his first year is when given a chance to do so, he squanders it.

Last summer I was told by his aides he was preparing a major intervention on the economy, by announcing his opposition to tax rises.

Then three weeks ago, the moment duly arrived. Rishi Sunak trailed a series of eye-watering Budget tax hikes. Labour began briefing that Starmer and Shadow Chancellor Anneliese Dodds would stand against them.

Then they promptly bottled it. ‘We’re not going to oppose,’ Dodds declared. ‘When that takes place it’s going to have more of an impact on better-off people than worse-off people.’

A Shadow Cabinet revolt saw that position eventually reversed. But by then another chance to redefine the terms of the economic debate had been lost, as Labour retreated to its comfort zone of pay rises for nurses.

What’s bizarre is Starmer knows precisely what direction he needs to lead his party. Another ally told me that in a few weeks he’s planning to push back against the ‘woke culture war’ he thinks is undermining the Left. And they pointed to his performance at last week’s PMQs, where he attacked Boris Johnson over cuts to the Army.

But tiptoeing timidly out of Corbyn’s shadow won’t cut it. Corbyn’s 2019 manifesto attacked Tory troops cuts, pledged to ring-fence defence spending at two per cent of GDP and committed to the renewal of Trident. None of it altered the national perception that Labour would be as good for British national defence as Lord Haw-Haw.

Starmer needs big, brash pronouncements, not a couple of clever Dispatch Box jibes. But look across any of the major policy briefs after a full year of Starmerism and it’s next to impossible to find any significant departure from the political orthodoxy that has led Labour to four successive Election defeats.

Shadow Home Secretary Nick Thomas-Symonds has been touted as a party heavyweight. But last week he was to be found at the Dispatch Box, hurling the same old cliched, overwrought attack lines at Priti Patel’s imaginative attempt to finally get a grip of the nation’s asylum and immigration system. Or he was, until Patel stood up and started knocking him around the Commons chamber.

Where is the new economic offer from Anneliese Dodds? What is Ed Miliband’s stint as Shadow Business Secretary contributing to Starmer’s mission to convince Britain that Labour is now ‘under new management’?

Yes, on occasion Starmer has been forensic and inquisitorial. But antisemitism aside, the nation has yet to see a true display of political courage. Taking a risk, diving in where the boots are flying.

No one has seen Keir Starmer commit. He lacks belief. And the British people can smell it.

I think he probably does want Labour to be seen as patriotic. And tough on crime. And a safe pair of hands on the economy.

But at the moment he doesn’t want it enough. There isn’t the drive. Or the hunger. He doesn’t want to cast Corbynism into the dustbin of history, where it belongs. He wants to set it quietly aside and hope people just forget about it.

It’s been a year. ‘We don’t hate the Jews any more – Vote Labour’ isn’t enough.