You probably won’t be surprised to know Abby Lee Miller of the hit Lifetime show Dance Moms was once raking in the big bucks—I’m talking a paycheck per episode, a dancewear line, AND Dance Moms spinoffs.

In 2015, however, the star’s life and subsequent finances took a major hit when she was sentenced to 366 days in prison for bankruptcy fraud—and again in 2018, when she was diagnosed with Burkitt lymphoma, a rare form of non-Hodgkins lymphoma.

But before getting into how all that affected her wallet, here’s an idea of how much money Abby was once earning.

Abby Lee took over her mom’s studio and renamed it Reign Dance Productions in 1995 (it’s the studio where Dance Moms is filmed). And from 2011, when Dance Moms first premiered, to 2016, Abby was cashing checks for $8,899 every month, according to Us Weekly. That’s every month for six seasons, people.

Plus, Abby was getting a little something for the show’s spinoffs, Dance Moms: Miami, Abby’s Ultimate Dance Competition, and Abby’s Studio Rescue; in addition to her ALDC dancewear collection, her book, Everything I Learned About Life, I Learned In Dance Class, endorsement deals, and appearances in film and television shows including Drop Dead Diva. 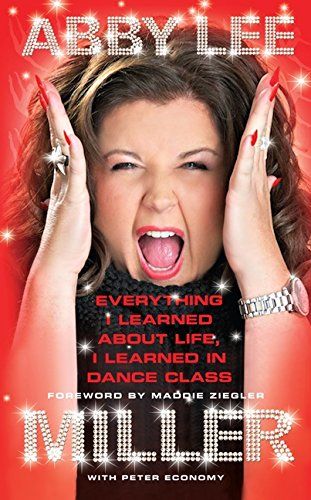 Abby seemed to be living quite comfortably until she was indicted and charged for hiding $775,000 of her earnings in October 2015. Per People, Abby was keeping money in various accounts and having friends travel with a total of $120,000 in their luggages on her behalf. Including her yearlong prison sentence, Abby was ordered to pay $40,000 in fines, plus the $120,000 she tried to hide through friends.

Things only got more troublesome for Abby when she had to have emergency spinal surgery and doctors realized the symptoms she’d been experiencing were due to her rare form of cancer. The bills for her treatments, though not disclosed, were sure to have cost the now cancer-free, star a pretty penny.

Still, though, according to Showbiz Cheatsheet, Abby’s worth about $2 million dollars. And she’s sure to be earning more as she returns to Lifetime for the eighth season of Dance Moms: Resurrection which premieres June 4.