Home » Lifestyle » DAVE LEWIS: We must back our nation of shopkeepers

DAVE LEWIS: We must back our nation of shopkeepers

DAVE LEWIS: We must back our nation of shopkeepers or face more store closures and job losses

It doesn’t matter whether you are a large retailer such as Tesco, or run an independent corner shop – business rates have a huge impact on every bricks-and-mortar retailer. This is unsustainable.

Shops are at the heart of every town across the UK. From high streets to retail parks, the retail sector employs 3 million people, and contributes 5 per cent of GDP. But it also accounts for more than 10 per cent of corporate tax – and a staggering 25 per cent of the nation’s business rates bill.

That’s a wildly different picture to other European countries. Research shows that for a typical supermarket, a UK retailer pays twice as much in property taxes as it would in France, and 20 times more than in Germany. It’s been 30 years since business rates were introduced. The system is outdated, not fit for purpose, and doesn’t reflect the way people shop today. 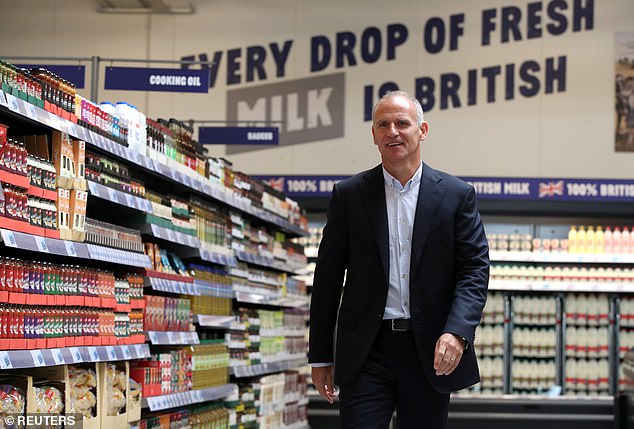 Tesco boss Dave Lewis has called for high street retail stores to get a 20 per cent reduction on their business rates, to be paid for with a 2 per cent levy on online retail sales

It is impossible not to notice the increasing stresses in the retail sector, with a long list of household names going out of business in recent years.

Last year, there were 7,500 net store closures in the UK, and as the Mail has reported, we could lose another 10,000 stores this year, as well as the jobs and investment that come with them.

Yet against that challenging backdrop, retail shoulders a business rates bill amounting to £7.5 billion every year.

Asking a decreasing number of retailers to pay ever-increasing amounts in business rates is simply not sustainable. As the Treasury looks to recover the revenue from a shrinking pool, it creates a downward spiral and the burden becomes ever greater on the retailers that remain.

Now more than ever, we should be at the top of our game – but instead we discourage would-be investors with what is effectively a 50 per cent tax on investment in property, the highest in Europe and the second highest in the OECD. Our business rates system has barely evolved since 1988, yet the way people shop has changed profoundly. Online retail has grown dramatically, while sales in shops have fallen. 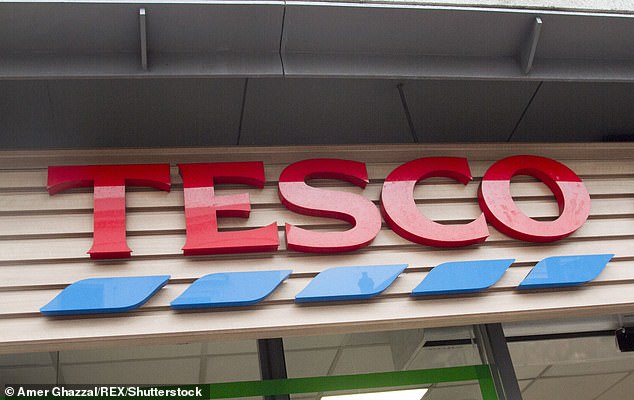 Healthy competition between shops and online is good for customers, and drives innovation. But the ability to compete is undermined when the playing field between shops and online is not level. The rates bill for shops is ever increasing, despite their share of sales falling. Billions of pounds have shifted online, but the rates system was never devised to fairly account for this.

Because the bill is linked to property – not profit – shops struggling to keep the doors open have to pay up, while larger online businesses pay just a fraction.

At Tesco, our headline business rates bill is £700 million, nearly double what it was just ten years ago. Across the country, I hear about shops that are paying more rates than rents; that have seen their rates bill only rise, but not fall; and that have to hold back on investments and upgrades because they can’t afford a higher rates burden. We now face an active policy choice – act now to back one of the UK’s most important sectors, or do nothing and face the inevitable consequences.

So what is the answer? There are three things that any solution must achieve.

It has to be fair and address the non-level playing field between shops and online, so that taxation reflects sales. It must be politically and economically sound – meaning the same amount of money ultimately flowing into Treasury coffers, funding essential services. And, crucially, it must reduce business rates on shops to more sustainable levels.

There is one solution which addresses all three of these points: a targeted levy of 2 per cent on the sale of physical goods online, so the tax burden follows where sales take place. This would fund a 20 per cent cut in the business rates bill for all retailers.

Of course, as a major online retailer, Tesco would have a large bill to pay from an online sales levy – more so than competitors who have smaller online businesses, or no online business at all.

There are some who worry that the cost of the levy would be passed to customers. A targeted and limited levy would reduce a substantial tax – which already impacts consumers -–and reduce pressure on shop prices. And because it applies to online revenues, not transactions, retailers could decide whether to pass the cost on. Given the level of competition in retail, there will be healthy market pressure to remain competitive on price. I can speak only for Tesco – but if a levy is introduced as we propose, we would commit to not pass a penny of it on to our customers. 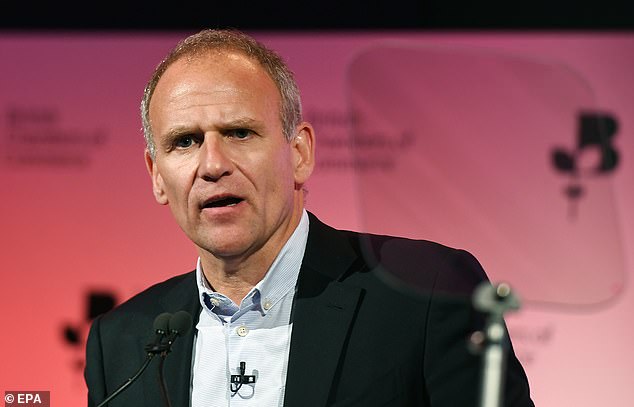 The warning signs are stacking up, with another big retail name lost almost every month, writes Mr Lewis

There are others who have argued that introducing the levy would somehow be backwards-looking, and stifle innovation. But this misses the point. There is no reason why fair sustainable taxes should act as a brake on inventiveness.

Existing rates exemptions and revenue thresholds would be in place to ensure those least able to pay, including small online businesses, are protected. An online sales levy could be quickly introduced, and the £1.5 billion that retailers would gain could be invested in their people, prices and stores.

If we don’t act now, we are in danger of missing our chance. The warning signs are stacking up, with another big retail name lost almost every month.

As I see it, there are only two choices.

We can prolong the status quo, losing jobs and business and impacting communities.

Or we can put our tax system back in step with sales. That would level the playing field, reduce the unsustainable burden of rates and increase investment – for the good of retail, and our great nation of shopkeepers.