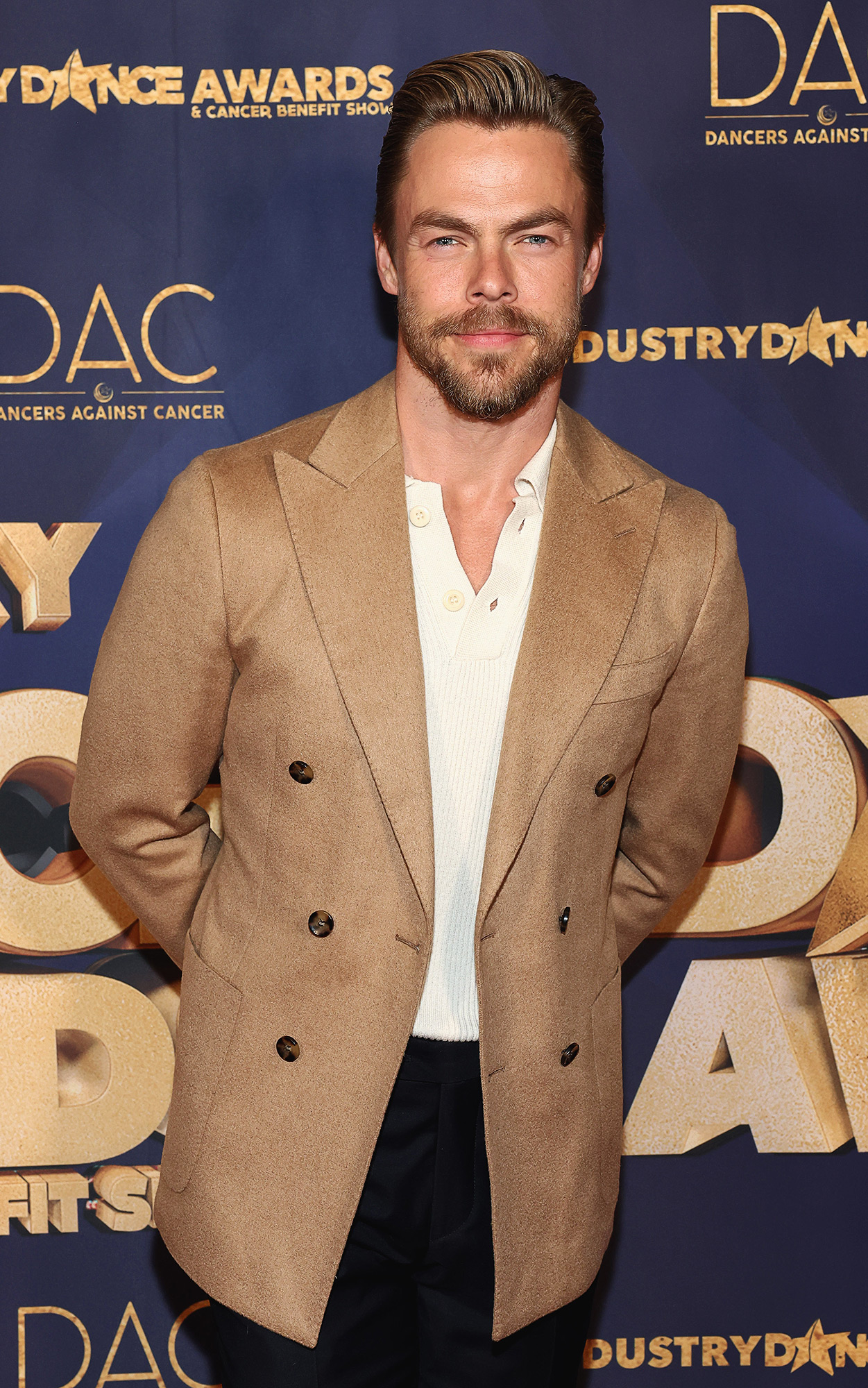 Derek Hough has shared a poignant message regarding mental health and suicide.

“I was actually going to make this video a couple weeks ago because I found out a man I knew died by suicide on Thanksgiving morning, and it was a complete shock because he was the most positive, just optimistic, beautiful man you could ever imagine, and it was jolting to say the least,” the Dancing With the Stars judge, 37, said in an emotional Friday, December 16, Instagram video. “But it was a harsh reminder of this time of year and of depression, of seasonal depression and just circumstances and the time of year when people feel like it’s too much.”

After privately mourning the loss of his friend, Hough decided to revisit his social media video plans after learning that fellow professional dancer Stephen “tWitch” Boss died by suicide on Tuesday, December 14. (The So You Think You Can Dance alum is survived by wife Allison Holker and their three kids: 16-year-old Weslie, Holker’s daughter from a previous relationship whom Boss adopted, 6-year-old son Maddox and 3-year-old daughter Zaia.)

“The fact that [tWitch] went the exact same way as this man within a few weeks, it’s just heartbreaking, confusing, shocking,” Hough — who worked with Boss when the DJ was a guest judge on World of Dance — said. “There’s so many different feelings and I’m trying to figure it out. I just want to express and just to say for anybody out there who is feeling these thoughts and these feelings, please, please I beg you — I beg you, give people an opportunity to be there for you.” 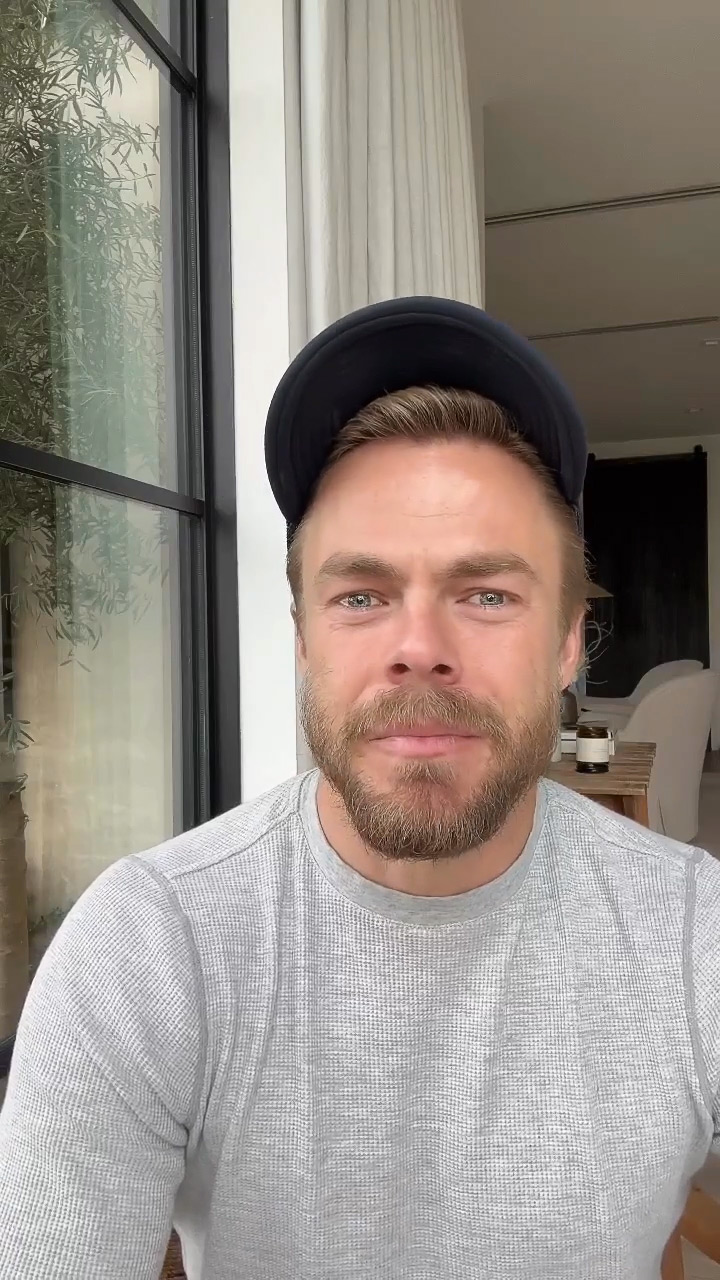 Stars Who’ve Spoken Out About Mental Health Amid Coronavirus

After learning of Boss’ death, Hough shared an emotional Instagram tribute on Wednesday, December 14. He wrote: “My heart is aching for @allisonholker and their beautiful family during this time. My mind is clinging to memories of the dear friend we have all lost. When I think of twitch I think of Wisdom, Love, Light and Laughter.”

As the six-time mirrorball champ continues to grieve the deaths of his two friends, he offered his Instagram followers a message of support.

“I know it feels like when you’re in that dark hole that it will just not get better, and I’m telling you right now, I promise you it does. It does get better,” Hough said on Friday. “So if you have those thoughts, if you have those feelings, just know that you’re not alone. And when I say that you’re not alone, I’m saying that people are feeling those feelings right now. They’re having those thoughts, those anxieties right now and that you are not alone. We were not meant to do this alone. We’re not meant to figure this all out by ourselves. We’re meant to figure this out together.”

The ballroom dancer, who captioned his social media video with the phone number for the National Suicide and Prevention Lifeline, concluded that “the one thing” he concretely knows is that “it does get better.”

The Utah native noted that he is having a difficult time accepting the loss of his friends. “It’s just so hard to wrap my head around two extraordinary, extraordinary men leave us in the exact same way within a few weeks,” he said. “It’s heartbreaking, it’s too much, and the truth is, it’s not slowing down [and] it’s not getting better.”

Hough — who proposed to longtime love Hayley Erbert in June — further implored his followers to “be there for each other” and feel safe enough “to open up.”

The former World of Dance judge has long been a mental health advocate, even creating his 2017 single “Hold On” to raise awareness about suicide prevention.

“I felt inspired to [record] it and make a video so that I could talk about this issue since it’s close to my heart. There’s people dealing with mental health,” Hough exclusively told Us Weekly in November 2017. “There’s a stigma surrounding that and the more we talk about it, the less of a stigma it becomes. We can encourage people to talk about it, especially men. Three out of four suicides are men. It’s surprising to learn, but that correlation with how high that number is with the mindset of keeping things to yourself, and carrying this burden. I just wanted to talk about it.”

Every ‘Dancing With the Stars’ Pro Through the Years: Where Are They Now?

The professional dancer told Us at the time that he has been affected by suicide “a long time ago,” but the deaths of musicians Chris Cornell and Chester Bennington resurfaced those emotions. “Those are the ones you hear about, but there is one happening every minute. It’s devastating,” he recalled. “Not all wounds are visible. … We keep a lot of things hidden, and it’s important to talk about. There’s a lot going on in the world right now. We need to be there for each other more than ever.”

If you or someone you know is in emotional distress or considering suicide, call the 988 Suicide & Crisis Lifeline at 988.