Devastated Aussies reveal why they stayed with their cheating partners

Men and women have revealed why they stayed with their cheating partners after discovering their secret affairs.

The group shared their stories online about how they reacted to the infidelity, with some insisting the affairs made their relationship ‘stronger than ever’.

One boyfriend said he decided to stay with his unfaithful girlfriend of seven years despite finding out she was secretly sleeping with three other guys, including a married man. 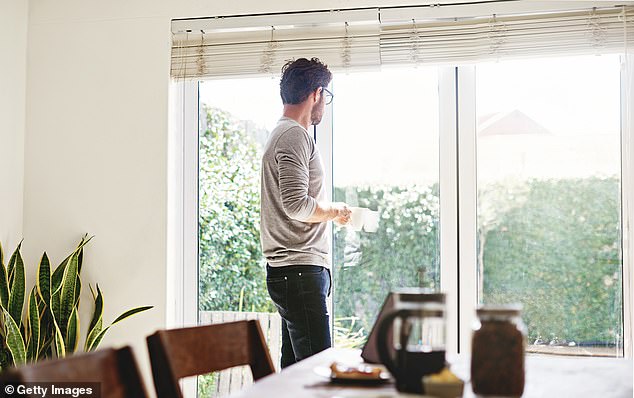 Have you ever stayed with a cheating partner?

Have you ever stayed with a cheating partner?

He knew something was suspicious when he noticed his girlfriend was constantly deleting her search history every time he wasn’t home.

Eventually, he discovered she was flirting with a co-worker and she was making plans with other people on a dating site.

‘I actually didn’t say anything to her because I loved her more than life itself and wanted to try to be better for her. Felt I would never meet anyone as good as her,’ he said.

‘I kept quiet for a few months until it ate me up inside and I was a shell of who I was… I found out she was basically sleeping with three different people.’

But instead of confronting her, he ended up cheating on her with another woman.

‘I became the worst version of me. She found out. I told her a tenth of what I knew and I became the bad guy… Every argument I would spill a bit more about what I knew… Did that for about three more years.’

Just as things were getting better in their relationship, he received a text message from his girlfriend one day when he was at work saying she was leaving him.

‘She was moving in with a married man who had her as a side piece. He was going to get a divorce and be with her… She blocked me and the one time I saw her in person back in the city she pretended I didn’t exist,’ he said.

* They are harder to detect because they have mastered their craft

* They get defensive when you ask about their night

Signs of a once off cheater

* They will have moments of guilt and buy you unexpected gifts

* They put uncharacteristic distance down to being ‘stressed at work’

* They daydream a lot

One mum-of-two said she filed for divorce after separating from her unfaithful husband of seven years.

But the couple got back together following two years of marriage counselling after he begged her for ‘one final chance’.

‘We just celebrated our 22nd wedding anniversary. Our family is thriving, and we love hanging out just the two of us,’ she said.

‘I still have some residual pain that pops up now and again, but if I knew then what I know now, I’d still think it was worth taking the chance on us.’

One man said he spotted the first red flag when he noticed the passenger seat in his girlfriend’s car was oddly reclined ‘really far back’.

‘I’m not an idiot and knew that she obviously had another guy in her car who changed how the seat was positioned. But I gave her the benefit of the doubt and didn’t freak out and stayed with her like everything was normal,’ he said.

But a few months later, he received a phone call from a friend ‘out of the blue’ saying he saw his girlfriend with another man.

‘He says “Hey man I’m at work and I just delivered a pizza to some guy’s house and your girlfriend answered the door”. He said she looked like she saw a ghost when she realised he was their pizza delivery guy,’ he said.

‘Well that guy was her ex boyfriend. Called her right after and told her to “shove that pizza up her a**” and broke up with her.’

While a jilted wife said her unfaithful  husband cheated on her constantly despite forgiving him more than once.