Get woke, go broke! From M&M sweets to Nike trainers, firms are turning famous brands into insufferably preachy social justice warriors. But their obsession with polishing their halos will come at a price, warns DOMINIC SANDBROOK

Even by the standards of corporate behemoths, Unilever is a colossal operation.

Open a cupboard in your kitchen or bathroom, and you’ll see a row of Unilever products staring back at you.

But despite its annual turnover of more than £40 billion, these are tough times for the FTSE 100 giant.

Humiliated by a failed attempt to buy the healthcare division of its bitter rival GlaxoSmithKline, Unilever has just announced some 1,500 job cuts.

Though the company has released pompous rhetoric about a ‘new organisational model’, it’s a depressingly familiar story.

It was the firm’s chief executive, Alan Jope, and his senior executives who dropped the ball: but it’s their ordinary workers — in this case, middle management — who will pay the price.

BEFORE: The chocolate giant Mars recently announced that it was rebranding its M&M sweets to reflect a ‘more dynamic, progressive world’

AFTER: The green female M&M character was to be ‘less sexy’ and the brown M&M, also female, given heels of a more ‘professional height’

This time, though, there’s a twist. For just two weeks ago, one of Unilever’s most prominent shareholders, the City fund manager Terry Smith, used his annual letter to his investors to launch a blistering attack on the firm’s modish virtue-signalling.

The son of an East End bus driver, Mr Smith believes Mr Jope and his team have ‘lost the plot’, devoting their time to adolescent political posturing instead of ‘focusing on the fundamentals of the business’. And when you dig through the details, who can disagree?

The most egregious instance came in 2020, when one of Unilever’s brands, Ben and Jerry’s ice cream, attacked Home Secretary Priti Patel on Twitter for her supposed ‘lack of humanity for people fleeing war, climate change and torture’.

But as the Mail’s Business Editor Ruth Sunderland observed a few days ago, there have been plenty of other examples. The firm’s website urges customers to embrace a ‘plant-forward diet’, whatever that means.

By eating its mayonnaise, you’re apparently championing mass migration, since Richard Hellmann was ‘an immigrant man of the people’. And even Knorr now boasts, somewhat unrealistically, that it is ‘reinventing food for humanity’.

When I first read about this, I thought it an elaborate parody. Alas, no. In reality, it’s part of a much wider phenomenon, nicknamed ‘woke capitalism’.

You can probably think of other cases. Turn on the television, flick through a magazine or walk past an advertising hoarding, and you can hardly miss the patronising encouragement to ‘be kind’, the misty-eyed lamentations about ‘mental health’, the relentless, one-note obsession with ‘diversity’ and ‘inclusion’.

To give just three glaring instances, the chocolate giant Mars recently announced that it was rebranding its M&M sweets to reflect a ‘more dynamic, progressive world’.

The green female M&M character was to be ‘less sexy’ and the brown M&M, also female, given heels of a more ‘professional height’.

(It’s worth emphasising that we’re talking about walking chocolates here; and no, I’m not making this up.)

Then there’s Nike, once a sportswear company, but now, if you believe its press releases, a radical political party. 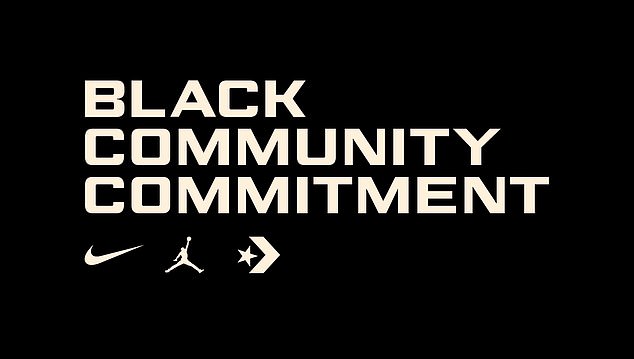 Nike is now, if you believe its press releases, a radical political party. Its future would be to support ‘organisations that put social justice’ ‘at the centre of their work’

Its future, the chief executive recently promised, would be to support ‘organisations that put social justice, education and addressing racial inequality in America at the centre of their work’. Whatever happened to making trainers?

And then there’s HSBC — once a bank, but now, apparently, another Left-liberal political vanguard.

After the Brexit vote the multinational financial giant became notorious for its passionately pro-Remain posters, relentlessly insisting that Britain isn’t ‘an island’. (Actually, of course, it is.)

And its most recent campaign carries the slogan ‘Opportunity Doesn’t Do Borders’, seemingly pressing the case for unrestricted immigration and trumpeting its commitment to ‘equal opportunity for all’.

I chose these three examples at random; I could have chosen dozens more, from bank Goldman Sachs’s lectures on diversity to bean-counter KPMG’s proposed targets for working-class employees.

The revealing thing, though, is that in each case the shallow rhetoric about ‘social justice’ masks a cruelly hypocritical, exploitative reality.

In Mars’s case, the company that prides itself on making ‘confident and empowered’ talking chocolates is currently defending a lawsuit in the U.S. for using African children as slave labour in cocoa plantations in the Ivory Coast. Somehow I doubt those children feel very ’empowered’.

Nike? Well, for more than a year, the firm has been beset by allegations that its supply chain depends on slave labour in the vast Uyghur concentration camps in the Chinese province of Xinjiang.

Indeed, along with other self-consciously woke giants such as Apple and Coca-Cola, Nike has actively lobbied the U.S. Congress to water down a proposed Forced Labour Prevention Bill.

(For its part, Nike denies the allegations, saying: ‘Our ongoing diligence has not found evidence of employment of Uyghurs, or other ethnic minorities from Xinjiang Uyghur Autonomous Region, elsewhere in our supply chain.’)

But what of HSBC, the bank that campaigns for opportunity and open borders — yet also the bank that closed 82 branches in Britain last year, at colossal cost to local communities?

Well, wouldn’t you know it? HSBC happens to hold millions of pounds of shares in a Chinese paramilitary corporation that has been sanctioned for horrendous atrocities against Uyghur Muslims.

Equal opportunity for all, then? Hardly.

The truth is that ‘woke capitalism’ is almost always a con. The more vigorously a firm burnishes its progressive credentials, the more certain you can be that somewhere, at the end of some vast supply chain, somebody is being exploited.

In effect, then, woke capitalism is the corporate world’s equivalent of the Meghan and Harry Show: a suffocating, narcissistic and entirely cynical performance of fashionable virtue, only delivered from a corporate boardroom instead of a maximum-security beachside condominium.

And as with the Californian couple’s self-righteous antics, there’s not the slightest atom of substance to back it up.

There’s another dimension to this story, though. The more a firm preaches about social justice, the less it’s focusing on the things that really matter in any business. Productivity and profit — the things that push up living standards across the world.

As a report by the Adam Smith Institute noted yesterday, firms often prattle about their obligations to undefined ‘stakeholders’. 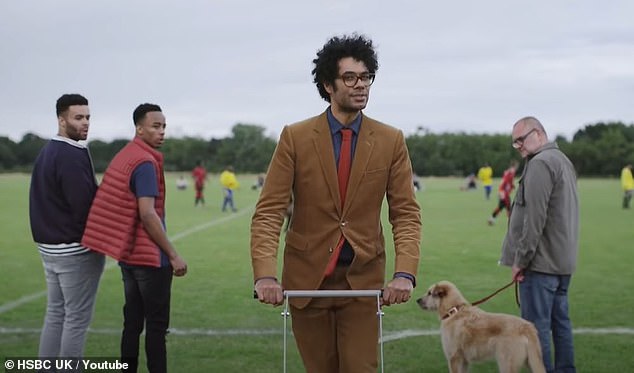 HSBC’s new campaign carries the slogan ‘Opportunity Doesn’t Do Borders’, seemingly pressing the case for unrestricted immigration and trumpeting its commitment to ‘equal opportunity for all’

But nobody knows what that means, and one academic has even listed almost 600 different definitions.

Of course companies need to be socially responsible. And as the 18th-century Scottish philosopher Adam Smith observed, doing business is in itself a moral endeavour, encouraging work, thrift, growth and prosperity.

But that means treating your workers properly, maintaining decent environmental standards and — crucially — paying your taxes. It doesn’t mean babbling self-righteous gibberish while your standards slide and your profits plummet.

If Unilever needs a reminder, it could always look back at its own history. The Lever brothers, who set up their first soap-making business in 1885, were canny, hard-nosed businessmen, who never lost sight of the bottom line.

Yet they were also celebrated philanthropists, who built a model village for their workers at Port Sunlight in the Wirral. Not only did it have its own welfare scheme, it had a small hospital, schools, a concert hall, a church and even a swimming pool.

How many of today’s posturing multinational chairmen and CEOs can point to similar accomplishments? None.

The truth, I think, is that they couldn’t really care less about their workers — many of whom are supplied by agencies on zero-hours contracts anyway.

As the journalist Helen Lewis puts it, they prefer to make ‘low-cost, high-noise signals’, pandering to their Twitter followers while turning a blind eye to the horrors down the supply chain.

To his credit, at least one leading chief executive recognises it. Just two years ago, he delivered a blistering public denunciation of his contemporaries’ addiction to preachy, right-on virtue-signalling.

‘Woke-washing is beginning to infect our industry,’ he told a conference in Cannes. ‘It’s polluting purpose. It’s putting in peril the very thing which offers us the opportunity to help tackle many of the world’s issues. What’s more, it threatens to further destroy trust in our industry.’

Wise words. And the man who said them? Funnily enough, it was Unilever’s chief executive, Alan Jope.

Why Mr Jope abandoned his own position for social-justice activism is beyond me. Perhaps he decided Unilever’s future depended on winning the allegiance of BLM activists across the land — or, more simply, he’s suffering from a bad case of a mid-life crisis.

Either way, we can ill afford for other business leaders to follow his example.

For with polls showing that many young people are losing faith in the free-enterprise capitalist model, we need our firms to prosper, opening up jobs and opportunities instead of posturing and preening about gender-neutral sweets and social-justice stock cubes.

After all, you know what they say. Get woke, go broke. Just ask Unilever.