Employers are calling for a 2 per cent increase in the minimum wage in a move that would deliver a cut in real incomes for millions of workers already facing cost-of-living pressures. 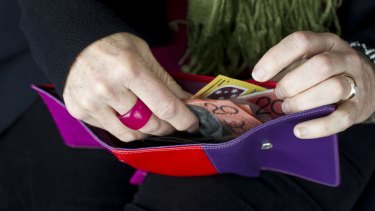 Ai Group’s proposal would lift the minimum wage by 41¢ an hour to $20.74.Credit:Louie Douvis

The national minimum wage, reviewed annually by the Fair Work Commission, applies to employees not covered by an award or registered agreement. Any increase also flows to about 2 million employees on higher industry awards linked to it.

Ai Group’s proposal would lift the minimum wage by 41¢ an hour to $20.74. With the federal budget forecasting inflation of 3 per cent through 2022-23, this would represent a 1.0 percentage point fall in after-inflation wages for workers.

The Australian Chamber of Commerce and Industry also urged the Fair Work Commission to exercise “extreme caution” in determining the minimum wage, saying businesses were on a knife-edge due to factors including recent floods, the pandemic and the Ukraine war.

“In the upcoming annual wage review, any push for unsustainable wages growth would likely risk the viability of businesses and the jobs they sustain and create,” chief executive Andrew McKellar said.

The union movement is pushing for the national minimum wage to be raised by 5 per cent, which would lift the minimum hourly rate by $1.02 to $21.35.

Australian Council of Trade Unions secretary Sally McManus said a 2 per cent increase in the minimum wage “would mean a real wage cut for a quarter of the workforce”. 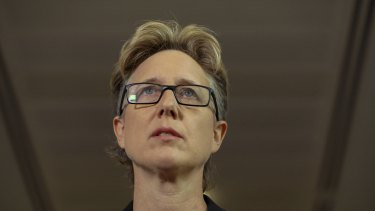 But Mr Willox said the ACTU’s proposed increase “would wreak substantial economic damage, destroy the jobs of thousands of employees, reverse the recent strong growth in full-time employment and inflict lower hours of work on many part-time employees”.

The Master Grocers Association, which represents brands such as IGA, FoodWorks and hardware chain Mitre 10, is warning against any increase in the minimum wage after the government spruiked real wage growth in Tuesday’s federal budget.

“We now have a serious imbalance where the lower half of the population has not shared in the other’s prosperity and is having trouble with housing stress and making ends meet,” he said.

Superannuation and Financial Services Minister Jane Hume said on Thursday the government would not make a recommendation on what the minimum wage should be, while shadow treasurer Jim Chalmers said the opposition supported a wage rise but would not nominate a figure.

“We don’t vigorously recommend … what we do is make sure that the Fair Work Commission has all the information that is available to the government on the macro and micro-economic settings around the decision,” Senator Hume said.

The government has temporarily cut the fuel excise and promised $250 handouts to various welfare recipients but has been criticised for trying to buy votes in the upcoming election with short-term relief.

Treasurer Josh Frydenberg said this week low unemployment figures and a tight labour market would force employers to be competitive in attracting staff, which would in turn lift wages.