Drag shows and hipster parties: Jerusalem has an underground nightlife

JERUSALEM (Reuters) – Jerusalem, ancient sacred city and heart of the Israeli-Palestinian conflict, takes on a wholly different tone around midnight. 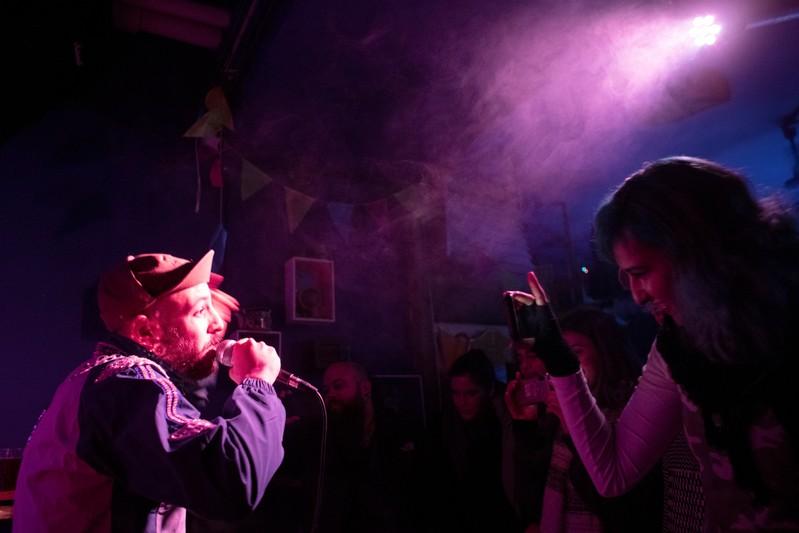 Long after visitors have made their daytime pilgrimages to Muslim, Jewish and Christian places of worship, a handful of trend-setting clubs, bars and impromptu art galleries come alive.

The drag shows, hipster parties and hardcore punk bands in west Jerusalem seem a world apart from nearby Jewish ultra-Orthodox areas or the Palestinian neighborhoods in the city’s eastern sector.

But fans say their city – where religious, ethnic and political divisions run deep – has spawned a cutting-edge subculture.

“Jerusalem is a pretty extreme place, politically and religiously,” said Yaakov Baharav, 35, a member of the city’s Taltalistim art collective, which stages parties and art events in abandoned spaces around the city.

Israel claims all of Jerusalem, including the eastern part captured in the 1967 Middle East war, as its capital. Palestinians want East Jerusalem to be the capital of a state they seek to establish in the occupied West Bank and Gaza.

Young liberals in the city sometimes feel they are on a mission to provide a haven of sanity – or craziness – open to people of all faiths, genders and nationalities, who just want to have fun and break loose from Jerusalem’s harsh realities.

Many of the city’s 900,000 residents are poor and jobless, particularly Palestinians and Israeli ultra-Orthodox Jewish communities.

Not only is Jerusalem central to the Israeli-Palestinian conflict, there is also friction between ultra-Orthodox residents and a dwindling Jewish secular community that often feels stifled by religious strictures.

The Taltalistim collective’s most recent project was to take over a deserted cinema complex in Jerusalem’s industrial area, turning it into a colorful venue for musicians and artists to put on shows and party into the early hours.

“We try to provide people with the chance to enjoy total freedom,” said Baharav, as a naked man and woman wrapped in cling film slithered along the floor to ambient sounds played by a DJ in a performance art show at the complex.

“Freedom is not something you can take for granted in Jerusalem,” he said.