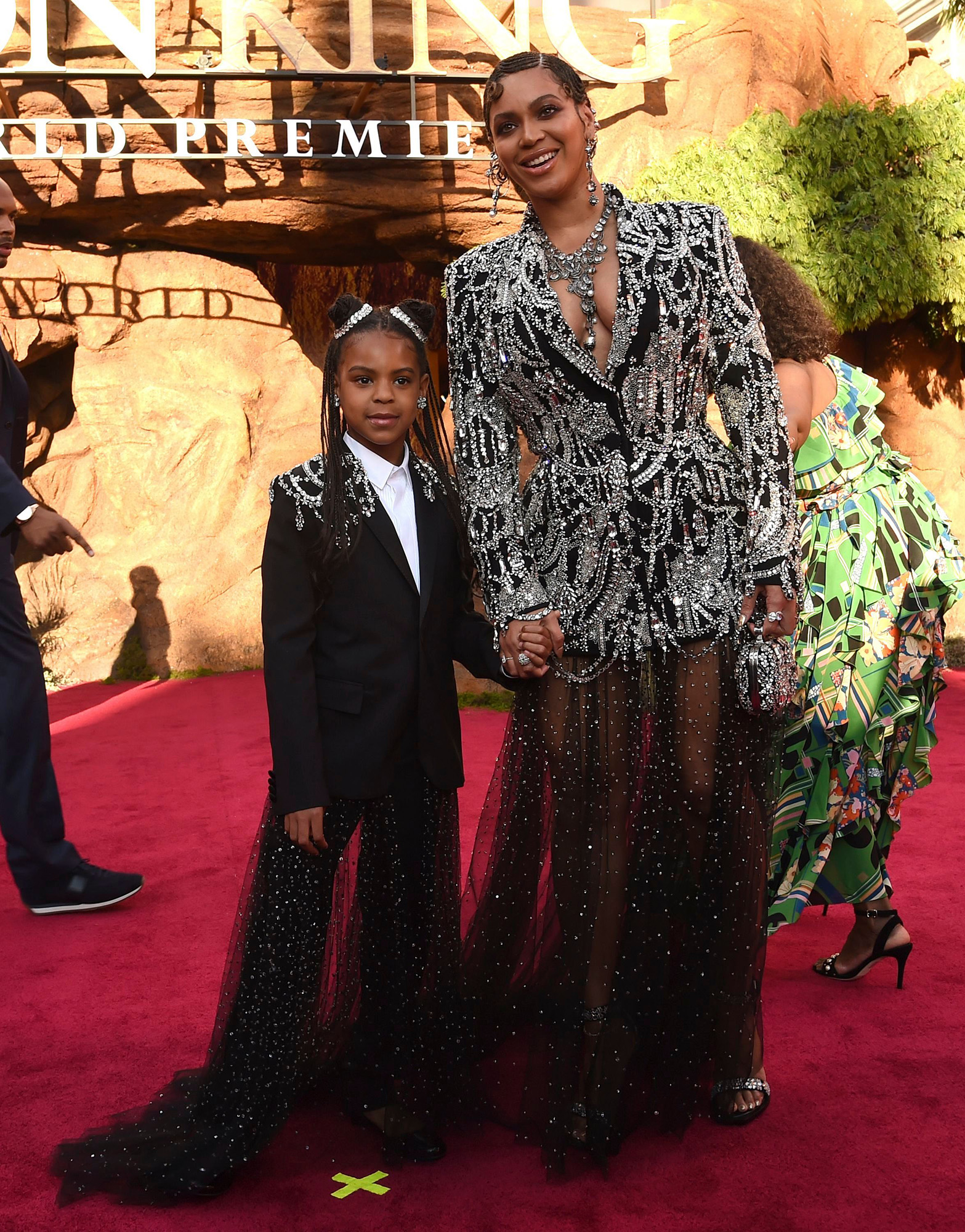 Just like her mama. Blue Ivy joined Beyoncé on stage for their first live performance of “Brown Skin Girl” on Saturday, January 21.

The Texas native, 41, performed a private concert in Dubai for a reported $24 million fee, per TMZ. Though the performance was invite-only, attendees shared footage of the elaborate show via social media. Clips revealed that the 11-year-old joined her mother to perform the track from Beyoncé’s The Lion King: The Gift, which was released in 2019.

“If you love a brown-skinned woman, I want you to help us sing this,” the Ivy Park designer told the audience at The Royal Atlantis.

Beyonce wore a bright yellow corset gown with an elaborate matching back piece that almost looked like wings. Blue Ivy, meanwhile, wore a sparkling red pantsuit with a matching coat.

There They Are! See Beyonce, Jay-Z’s Rare Family Photos With 3 Kids

Blue Ivy received a writing credit on the anthem and appeared in the music video alongside grandma Tina Knowles-Lawson and little sister Rumi Carter, now 5. The music video won a Grammy Award, making Blue the second-youngest Grammy winner ever at age 9.

The preteen has joined her mother for other performances, including a performance of “Be Alive” at the 2022 Oscars, and she’s been contributing to her parents’ records since her birth. Her first contribution was on dad Jay-Z‘s “Glory,” released two days after her birth in 2012. She gurgled and cried on the track, which scored her a Guinness World Record for being the youngest person to have a song on any Billboard chart.

The “99 Problems” rapper explained in July 2022 how Blue Ivy’s arrival changed everything for her parents. “Time is all you have. That’s the only thing we control, is how you spend your time. You’re reckless with your time before,” Jay-Z said during an episode of Hart to Heart when talking about how parenthood affected his career. “You’re just all over the place and then you have to [ask yourself], ‘What are you leaving your house for?’ Every second that you spend, you’re spending away from the development of these people that you brought here, that you love more than anything in the world. So what are you going to spend that time on? That changed a lot. That changed practically everything.”