Courts Greene, 28, and her flatmate, Gemma Worth, 32, purchased the Continental Giant rabbits last year during lockdown boredom. The sister rabbits named Maggie and Lapine were the size of “small plant pots” when they arrived in August 2020.

Now the duo weigh a whopping 14 pounds each.

Incredibly the 10-month-old sisters could get even bigger – doubling in size by the time they reach 18 months.

Maggie and Lapine have already chewed through six iPhone cables, three extension cords and a diffuser at the home they share with Courts in Taunton, Somerset.

The rabbits came from a breeder in Wales and cost £100 each. 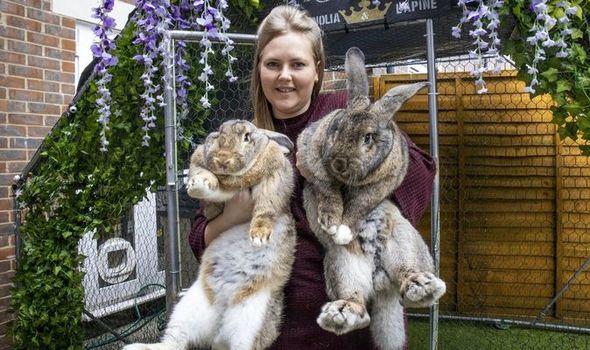 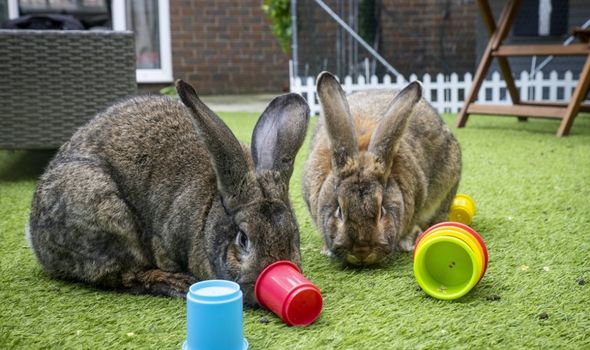 They require a constant supply of hay, pellets and spinach costing £35 a month.

Bunny mum Courts said: “They need constant attention just like a toddler and they’re very cheeky and clever and like to play.

“They have grown big really quickly and it’s scary to think they will double in size!

“But they are real softies and I love to see them lounging around the house. 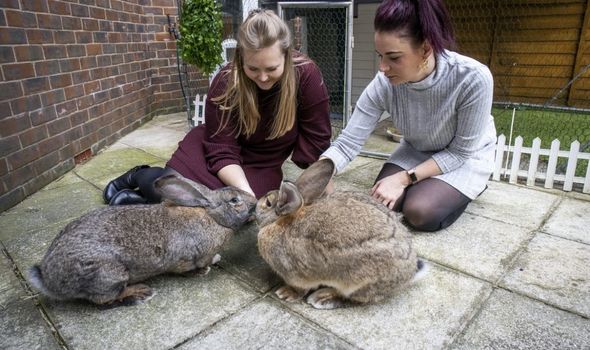 ”They’re the best of friends, they eat together and cuddle together and lie on top of and across each other, like a massive hot cross bun.

“They’ll be getting lots of treats this Easter if they behave themselves and stay in my good books.”

She added: “Their teeth never stop growing so you have got to be willing to put up with the chewing.

“It’s not like getting a goldfish, bunnies live for a long time so it’s a serious investment.

“I’ve lost about six iPhone cables in less than a year. 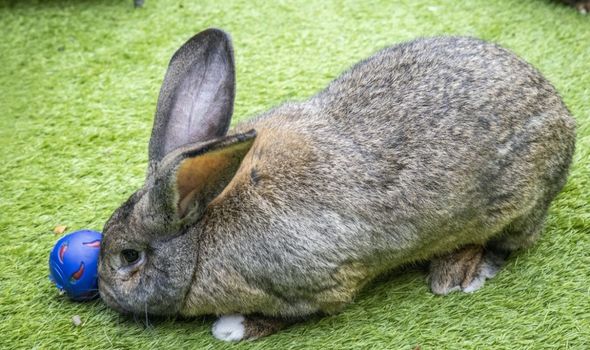 “I wondered why the computer wasn’t switching on and then I saw that they had chewed the wire and the plug.

“Thank god they haven’t found the wifi cable yet but it’s probably only a matter of time.

Courts has to constantly keep an eye on the cheeky bunnies that love attention, especially playing games.

She said: “Both of them love playing with kids stacking cups and finding cups in the middle.

“If anything is in her way, Maggie will pick it up and throw it, it doesn’t matter if it’s someone’s shoes, someone’s handbag, she doesn’t care, she will move it. 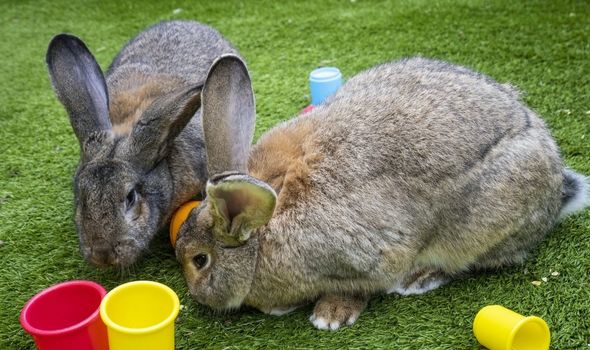 “They also have a kids playhouse and Lapine hops out of the window which is hilarious, you can see a bunny come flying.”

She continued: “They will come and jump on me and hop on me and give me big cuddles!

“When you stroke them they start to lick and cuddle you, almost like they are grooming you and you know that they have really bonded.

“If Maggie isn’t sure where I am she’ll hop upstairs to check on me.

“They do this side floop thing, almost like they are dead but that’s a sign that they are very happy and they want a cuddle.

Maggie and Lapine are best friends and can’t go anywhere without each other.

Courts said: “They have never been apart since they have been born.

“I would never take one to the vet by themselves, they are always together.

“One waits for the other in the waiting room to make sure they are ok.

“They groom each other and sleep in the same bed even though they have their own.

“They’re extremely sweet and I love their cheeky nature, I’m excited to watch them grow bigger!”