Home » Lifestyle » Eat, shop and be merry. But the party is about to end

Eat, shop and be merry. But the party is about to end

It may be as good as it gets for the Australian economy.

The national accounts show consumers have, despite high inflation and the Reserve Bank’s warnings, been having a jolly good time perhaps with the knowledge that the situation is going to get tougher in the not-too-distant future. 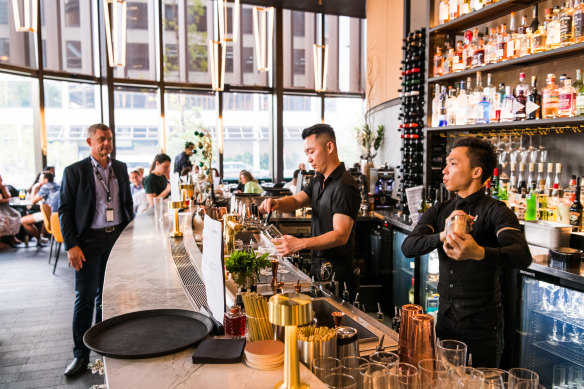 Spending through restaurants, cafes and hotels has soared by more than 52 per cent over the past year.Credit:James Brickwood

The economy expanded by another 0.6 per cent in the September quarter thanks almost solely to Australian households.

Expenditure by households lifted by 1.1 per cent in the quarter to be a stonkingly good 11.8 per cent up over the past 12 months.

What’s clear is that we are spending up on stuff we want rather than stuff we need.

Spending through hotels, cafes and restaurants jumped by 5.5 per cent in the quarter to be more than 52 per cent higher over the past year.

Some of this is due to the end of our love affair with home baking that got us through the lockdown stages of the pandemic.

But let me hold you up before you declare we’ve simply swapped our home kitchen for the suburban restaurant down the road. We are spending far more.

Absolute spending on food in our supermarkets and deli fell by $1.8 billion over the past 12 months, while spending on eating out -a separate category – climbed by $7.3 billion.

It’s not just a trip down to the local pub or suburban Indian takeaway that is grabbing our hard earned.

Spending on overseas trips grew by 58 per cent in the quarter as travel restrictions came to an end. It will continue to grow with international travel still at 56 per cent of its pre-pandemic level.

While the household savings ratio fell to 6.9 per cent, to around where it was just before Covid, it is still positive. In other words, people aren’t yet eating into all that cash saved during the pandemic to maintain their spending. 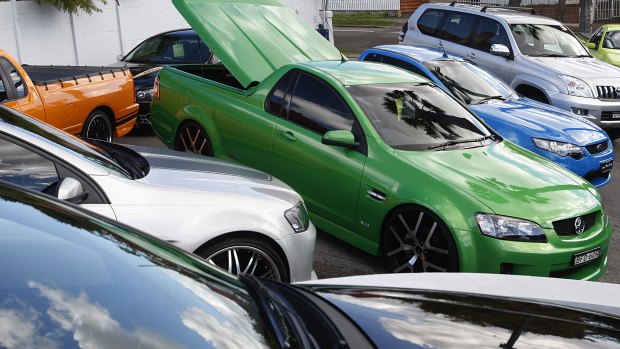 Spending on new cars jumped by 10 per cent in the September quarter.Credit:Rob Homer

We all know COVID upended our spending patterns. So, looking back to the September quarter of 2019, the true extent of the lift in consumer expenditure is clear.

Spending on clothing and footwear is 32 per cent higher, expenditure on new cars is up a similar amount while our outlays on recreation and culture is 20 per cent higher.

But – and it’s a very big but – from this point the headwinds facing shoppers are going to hit cyclone-like levels.

The hundreds of thousands of people who fortunately locked in ultra-low mortgage repayments in 2020 and 2021 will start getting whacked by sharply higher loan commitments in coming months.

Inflation is high, pushing up the price of goods and services.

The RBA’s reaction to that inflation, higher interest rates, will slow the overall economy. The bank itself is tipping growth of 1.4 per cent in 2023 and 1.6 per cent in 2024 with a gradual increase in unemployment.

The international economy is likely to skate close to a recession (some rich nations are already in that situation).

The Australian economy is 6.5 per cent larger than it was before Covid. Unemployment is at its lowest level since black and white television.

But that’s very likely as good as it’s going to get.