Inside look at life with Elvis Presley

A private jet that once belonged to Elvis Presley has a new owner after being placed for auction in Florida.

Mecum Auctions, a leading collector vehicle auctioneer based in Walworth, Wisconsin, announced the red and silver 1962 Lockheed 1329 Jetstar it listed for a Kissimmee 2023 sale "is off to a new home" on Sunday, Jan. 8 – which happens to be the day Presley was born, in 1935.

The private jet reportedly sold for $286,000, according to the auctioneer’s website.

FOX Business reached out to Mecum Auctions for comment on the jet’s buyer.

The 60-year-old jet is one of the 202 JetStar airplanes produced by the Lockheed Corporation, an American aerospace manufacturer, according to Mecum Auctions.

Mecum Auctions published a copy of an aircraft security agreement (chattel mortgage) with Presley’s name clearly printed on its website to support the jet’s provenance. 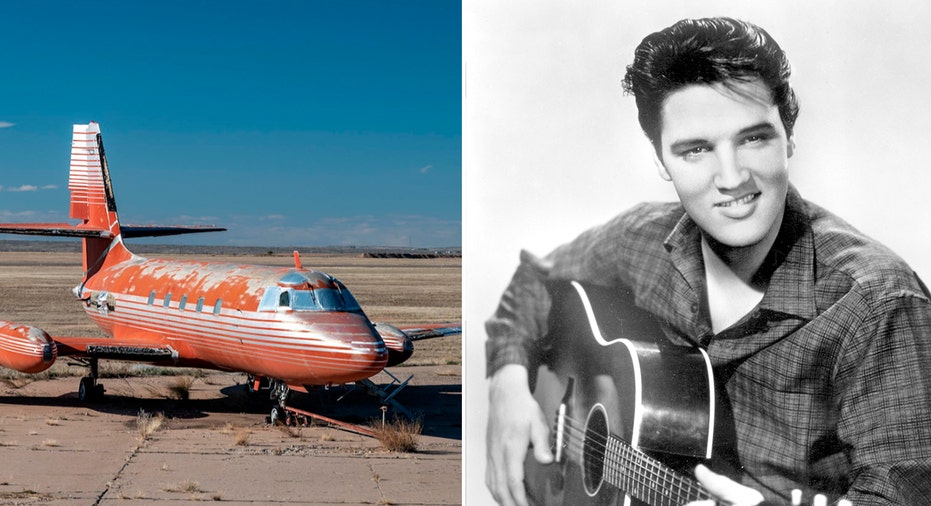 The faded 1962 Lockheed 1329 Jetstar that once belonged to Elvis Presley features a red exterior with silver accents, while the custom interior is decked out with red velvet seats, gold-plated accents and red plush carpet. | Getty Images

Other amenities include an onboard lavatory with a vanity, a cassette player, a television with RCA VCR player and a microwave.

Mecum Auctions noted on its webpage for Lot L104 that the jet’s sale doesn’t include engines or replacement parts.

In addition, many cockpit components were removed, but the buyer would get "an incredible restoration opportunity to create an Elvis exhibit for the world to enjoy," Mecum Auctions added.

The 1962 Lockheed 1329 Jetstar has been residing at the Roswell International Air Center in New Mexico for decades and will require disassembly in order to be shipped, Mecum Auctions wrote on its website.

Mecum Auctions identified the 1962 Lockheed 1329 Jetstar as a "main attraction" for its Kissimmee 2023 sale, which will run through Sunday, Jan. 15.

The 1962 Lockheed 1329 Jetstar is also the only jet to make it onto the auction house’s current main attractions list, which includes 25 collector cars such as the 1969 Dodge Hemi Daytona, the 1965 Shelby GT350 Fastback and the 1992 Ferrari F40.